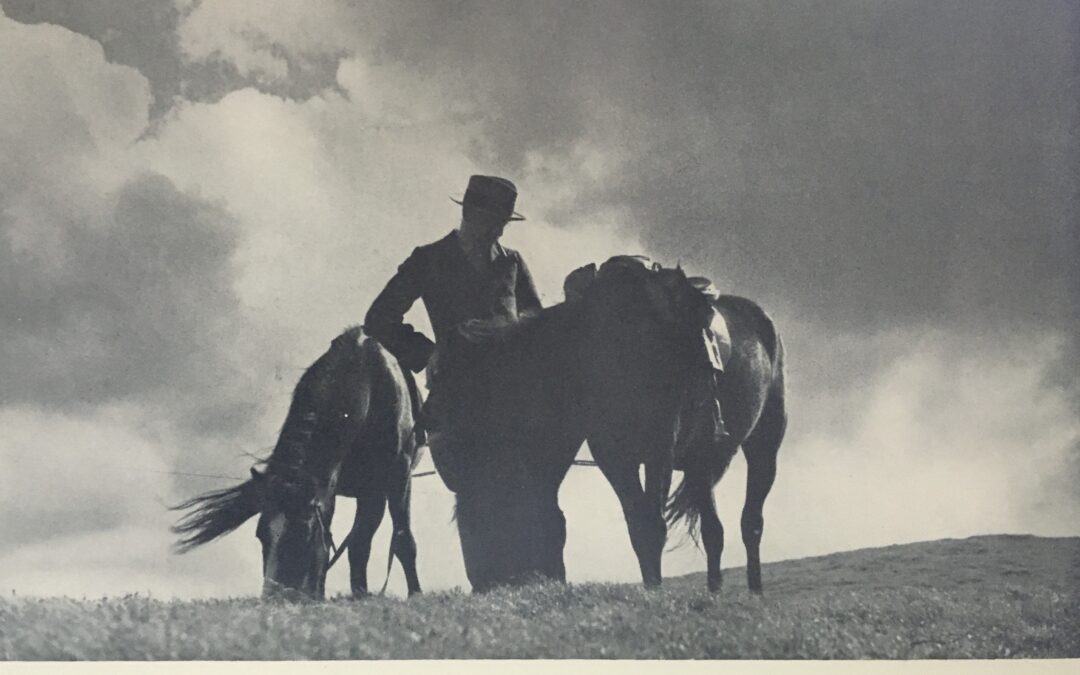 Having featured George Stapleton as one of our farming pioneers in July 2020, here we review his highly acclaimed book which resonates still today, nearly 90 years after its publication.

Rural Britain is a neglected asset. Historic underinvestment has left it underproductive – in terms, at least, of how much fresh food it has the potential to provide. It is likewise underserved, disconnected and often out of reach of a population more in need than ever of a route to physical and mental well-being.

As many will recognise, these are some of themes of the NFU’s latest report, ‘Levelling up rural Britain’. But the assertions also happen to sum up the message of The Land: Now and Tomorrow – a passionate rallying cry, from the 1930s, to rejuvenate the British countryside of those interwar years.

Its author was Reginald George Stapledon, the most eminent agricultural scientist of his day. And, while his book is almost entirely a product of its time, it still, in parts, sounds almost strangely contemporary.

Stapledon was the country’s (if not the world’s) leading authority on grass and grassland management. And the core heft of The Land consists of the author’s decisive demonstration that the typical British sward was of lamentable quality – more deserving of the term ‘weed-land’ than grassland.

The bracken, rushes and mat-grass that then prevailed over too much of the nation’s permanent pasture were to Stapledon a particularly glaring symptom of a general dereliction – and he wrote The Land partly to call attention to the very important breakthroughs that he himself, as director of the Welsh Plant Breeding Station at Aberystwyth, had made in the scientific fields of forage plant breeding and ley farming.

But Stapledon also wrote The Land in order to break free of the constraints of academic work.

The Land’s many concrete recommendations for reclaiming and making fertile, as far as possible, the underperforming pastures and rough grazings of the British countryside are made with the ambition that such a landscape should ultimately lie at the heart of a new, redefined national experience.

Stapledon’s heartfelt argument is that the benefits of a rural existence should be enjoyed not just by farmers, or country dwellers, but that the urban population, too, ought to be able to access there both spiritual refreshment and subsidiary incomes.

One of the book’s original illustrations is a photograph entitled simply ‘Contemplation’. It depicts a hilltop farmer in the company of two grazing horses, the group silhouetted against a cumulus-laden sky. The man’s face, entirely shadowed, is lowered in reflection.

The countryside, says the book, offers not just ‘air and exercise’ but an ‘escape from the baneful influences of a mass psychology – an escape from the everlasting mental contact with other human beings’.  It sounds misanthropic; but Stapledon is merely arguing that crowds by their very nature tend to generate ‘stereotyped’ thinking; whereas a more removed life, lived in close contact with the earth, can foster creativity, resourcefulness and independence of outlook.

So passionate is Stapledon in this view that he uses the later stages of his book to set out a grand proto-political programme. He proposes nothing less than the purchasing and setting up of vast rural estates by industrial enterprises for the benefit of their employees; he sees these as being complemented by a network of out-of-town allotment associations; and above all he wishes to see the coming in to being of a number of majestic National Parks.

And the subsequent success of the National Park movement – the Peak District being the first space so declared, in 1951 – owes something to The Land’s advocacy.

One of the book’s original illustrations, entitled ‘Contemplation’

And if it springs from the hardships of the Depression era it also demonstrates how such idealism could stray all too easily into the wrong kind of politics. Stapledon cites Mussolini’s Italy as the only country he knows where any plan for land improvement – bold enough to rekindle the spirit of national enterprise – has been ‘sufficiently realized’.

In fact, a few passages in The Land chime far too closely for comfort with some of those agrarian, romantic nationalist ideologies then circulating ominously elsewhere in Europe – especially, for example, in the author’s talk of country folk as ‘pure stock’ whose genes ‘perpetuate our national vigour’.

But the author’s politics in the end fall safely short of the sinister. Although he regards a strong element of centralised state control as inevitable – if the nation’s farmland is to be redeveloped in a comprehensive, co-ordinated and durable fashion – he stresses his ‘abhorrence’ for the idea of fully nationalising it, and sees a norm of owner-occupation as the only way of guaranteeing the sort of ‘individual independence and initiative’ that the country needs to thrive in the future.

And it’s here that the book finds a visionary tone that does still convince. ‘Where the land is concerned,’ Stapledon writes, ‘we are only tenants for life. The immorality of mortgaging posterity is surely the quintessence of immorality and short-sightedness carried to the point almost of madness.’

The book singles out the pressures of international trade and of wealth creation as forces ‘of which no man is the master’; and lays into the kind of ‘short views and short-sighted notions as to economics’ that frustrate significant, long-term investment in the land and in the environment.

Stapledon asks his readers to consider how they would treat the land ‘if the choice was with posterity’. The terms of the question may be rather different today; but the question itself is still being asked, and more urgently than ever.