THOUGHTS AND ADVICE FOR THE CHALLENGING CURRENT MAIZE SEASON 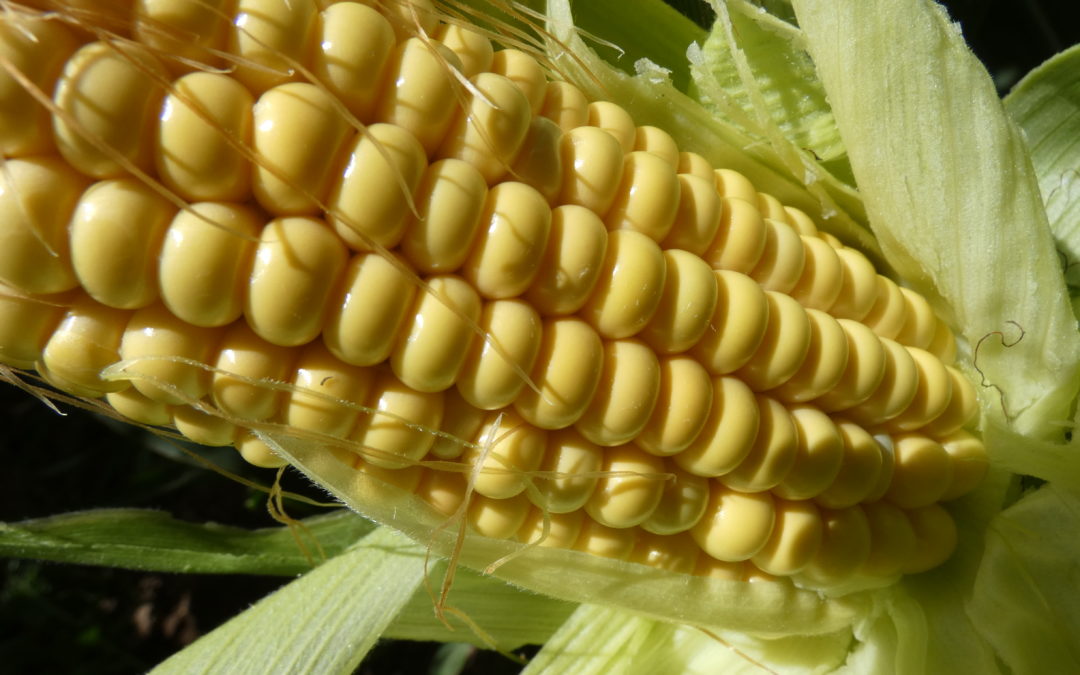 Maize growers in the UK are faced with two big issues this year. The obvious one is the unusual weather. The second issue is smaller in scope but no less important, and that is seed dressings. In this article, I’ll start with seed dressings first.

Mesurol (Methiocarb) treatments for maize seed were banned at the beginning of the year. However, farmers can still obtain Mesurol treated seed from Bright Maize… for now. It is still OK to use Mesurol for this spring only and Bright Maize is one of the few UK companies to have any significant quantities in stock. But we expect demand to be high. Once it’s gone it’s gone, and we can’t get in any more supplies. So, get your orders in early at Bright Maize for Mesurol treated seed!

In my view, the only other available maize seed dressing that appears to have any effect on birds is Korit. But Korit comes with complications. With Korit, when you handle loose seed, you need to take safety precautions such as wearing overalls, gloves and a facemask. We do sell Korit treated seed, but those farmers who prefer Mesurol can still use it this year – if they move fast.

Beyond Mesurol treated seeds, there are no big shortages on any other seeds this year. But, overall, 2019 was not the best seed producing year in Europe due to the hot weather. We are not expecting serious shortages, but seed producers got generally lower yields than they wanted, and this is something for maize growers to be aware of.

Of course, the big issue has been all the rain. The problems started in autumn with the late harvest. The weather led to a lot of soil damage which can only be rectified when the soil is dry. Soils are now very wet, which has delayed the spreading of manures and slurry, with an inevitable knock-on effect of delays for fieldwork and maize planting.

Maize is driven by the temperature: if you sow it later, it will harvest later. Farmers who want to harvest at the same time as last year should consider earlier maturing varieties. At Bright Maize, we have plenty of these in stock. The disadvantage of these earlier varieties is their lower yield which means farmers need to grow more to get the same tonnage as they did with later maturing varieties. A possible solution to this, though, is that due to the weather in the autumn it was difficult for many to get autumn crops planted. Therefore, some growers will find that there is more scope for achieving the same tonnage with a lower yielding variety in a spring harvest simply because more land is available.

Additionally, because of the warm autumn, the grass hasn’t stopped growing. Some farmers may find there is the possibility of getting an early cut of grass in certain fields, and then planting maize, effectively giving a double crop in those fields.

Farmers looking for a crop that can be grown in the spring will find maize fits the bill, provided they have a market for it – such as growing it on contract for dairy farmers and digestors who don’t have the land to grow their own maize.

Growers undergoing soil renovation to make good the damage caused by the wet autumn will find that the best time for doing this is the end of summer (August or September). This strengthens the case for putting in an early variety of maize this year because it gives time to harvest it and do remedial work on the soil.

Finally, late harvesting can cause trouble with the authorities. I’ve known farmers to be stopped from harvesting by the police because they were dragging mud out onto the road. Again, if you think this might be a problem for you, one way to avoid it is to go for early maize varieties.

Further thoughts on the weather

I think we may potentially be heading into a dry period now, with very little rain. If this turns out to be the case then, when making your maize seedbeds, moisture conservation will be much more important than normal. Don’t let the seedbed dry out before you drill it. The best advice is to work it, then drill it quite quickly. Ensure you don’t work it three or four times because then you lose moisture.

Rolling the soil could be particularly beneficial this year but, for maize, you need to ensure it’s dry under the surface. If it’s wet when you roll, it can compact the soil under the seed. In good conditions, maize roots can reach as deep as two metres, but Maize is a lazy rooter so alleviating soil compaction during seedbed preparation is key. I’ve often seen maize crops in close proximity to one another where one has been badly rolled and the other has not been rolled at all. Badly rolled maize sometimes only grows to two feet tall compared to four feet tall for non-rolled at the same growth state. I still advise to think about rolling your fields this year though, just make sure you do it right if you do.

I understand that most farmers just want one variety of maize, and they want to harvest it all at the same time. However, this year there is a strong case for managing the weather issues by looking at your land more than you normally do. It makes good sense to align different maize breeds to different types of fields. For example, if you’ve got a light sandy field that dries early in spring, put in a late maturing variety there. And if you’ve got a field that you know always dries later in the year, put an early variety into that field. It takes planning and extra work but, for farmers willing to make that commitment, I think the benefits will outweigh the downsides this year.

One of the biggest advantages of buying from Bright Maize is that we are have a special supplier agreement with Mas Seeds. Unlike many of the global seed producing corporations, France-based Mas Seeds is part of an agricultural cooperative. This means they always put the farmer first. The company has an extremely strong and thorough R&D program, and typically takes 8-15 years to create a new corn hybrid. Mas Seeds is fully committed to UK growers. To learn more about Mas Seeds’ production philosophy, check out our recent blog on the top