FOOD: FIGURING OUT THE FOOTPRINT 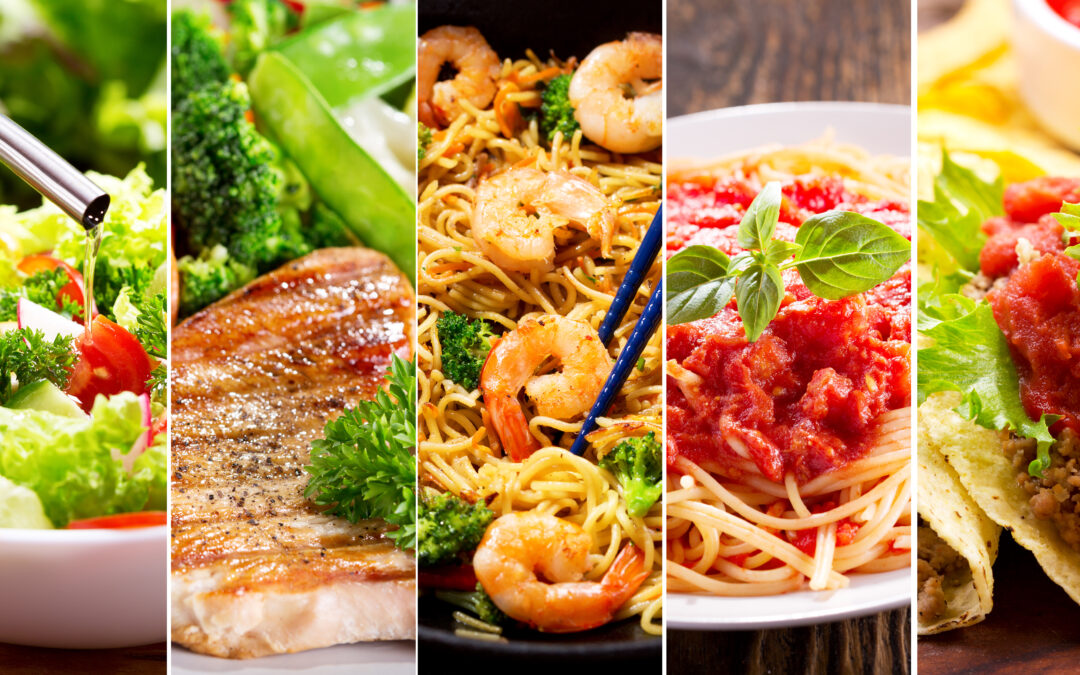 Following Bright Maize’s sponsorship of a successful carbon food conference last week, we look at some of the current challenges associated with attaching a carbon footprint to different food types.

We’re these days as likely to be concerned by the environmental impact of the food we eat as we are by its sugar levels or fat content. Good health, today, also means the health of the planet.

The trouble is, we don’t always know what we’d like to know – or what we think we know. When it comes to their carbon footprints, food products still tend not to come with the relevant information displayed in the way that nutritional facts are.

As a result, many of us have only the sketchiest idea of which food choices help to limit climate change better than others; and the confusion has led to the flourishing of certain myths and misconceptions.

Take beef. Easily, environmentally, the worst thing you can eat? Yes – and no. It depends, dramatically, on which beef.

The typically high carbon footprint of cattle meat does not just derive from the enteric methane emissions produced by ruminant livestock. Deforestation in order to clear land for grazing is also a major factor – to the extent that, according to a 2018 study, beef reared on deforested land may possess a carbon footprint 12 times higher than that coming from natural pasture.

The same study shows, accordingly, that the greenhouse gas intensity of UK-produced beef, which has no connection to deforestation, is less than half that of the global average – and a mere fraction of that raised in the land clearances of Brazil, say, or Indonesia.

It has in fact been noted that a serving of chocolate that comes from a deforested plantation can carry a higher carbon footprint than that of the equivalent serving of low-impact beef.

Of course, the enteric emissions problem is a serious one. Indeed, the difference between ruminant and non-ruminant animals is so stark, in terms of their environmental impact, that it makes a nonsense of the idea that meat-eating be considered a single category – and that this category be contrasted unfavourably with, for example, the equally simpilstic notion of vegetarianism.

Cheese, for example, can have a higher carbon footprint than pork, poultry or fish (so found a 2011 study which looked at full lifecycle greenhouse gas emissions from common proteins).

But this isn’t just because cheese comes from ruminants. It’s partly because of how much milk goes into making even a small amount of cheese (which is why, pound for pound, cheese has a much higher carbon footprint than milk: 13.5kg of CO2 equivalent gases per kilo of product, according to the study, versus milk’s 1.9).

Then again, cheese itself is a broad category; and the wide gamut of varieties implies a corresponding variety of environmental profiles. For example, the product’s maturing process (which, being carefully temperature-controlled, uses significant energy) is only around six weeks for a brie or a camembert, whereas a blue cheese needs more in the region of six months.

The issue of temperature control can be pivotal when considering the carbon footprints of fresh fruit and vegetables. Analysis suggests that the artificial heat needed to grow lettuces and tomatoes out of season in northern Europe can contribute far more to global warming than the refrigeration and road pollution involved in having the same produce driven up from the south.

Keeping food in cold store for long periods, as an alternative to importation, can be counterproductive too. Back in 2008, sustainability expert William Vorley explained to The Guardian that keeping crops of British Coxes and Braeburns chilled from September to the following July brought with it a heavier carbon penalty than that of importing apples by boat from New Zealand.

The usefulness of ‘food miles’ as a blunt metric was at that point only just beginning to be questioned. Nowadays, a firm distinction is drawn between air and surface travel, with air freight recognised as significantly worse for the planet (though also signficantly less common: a mere 0.16% of total global food miles).

In the case of green beans flown into Europe from Kenya, to take a much discussed example, it has been pointed out that the way in which the beans are farmed in Africa – using manual labour rather than diesel-driven machinery, watered by low-energy drip irrigation systems and fertilized by cow manure – should to some extent compensate for the flights’ carbon footprints.

But by how much?

Perhaps no one foodstuff better exemplifies the complexities surrounding carbon footprint calculation than the potato.

It’s not just the morass of disparate, inherently variable factors that go towards making up its carbon footprint – from the greenhouse gases associated with fertilizer production and soil-related field emissions, to the energy demands of storage technology that involves ventilation, temperature and humidity control.

It’s also that the environmental impact of the potato continues so obviously beyond the point of sale. A mere fifth of a raw potato is digestible by humans. In order for its full nutritional potential to be unlocked, the potato requires intensive cooking – so intensive, in fact, that the energy used has been quantified as over a third of the its total ‘seed to waste’ energy consumption.

The point is, figuring out footprints is complicated. And the problem, in a sense, is not lack of information. It’s the lack of its translation: from welters of raw and multifarious data into a simple field-guide, as it were, or map – a rendering of information (relevant and reconciled) into navigable, useable form.

Carbon labels are emerging as one such guide. But, not yet fully standardised – and not all regulated – their widespread adoption remains for the moment some distance in the future.