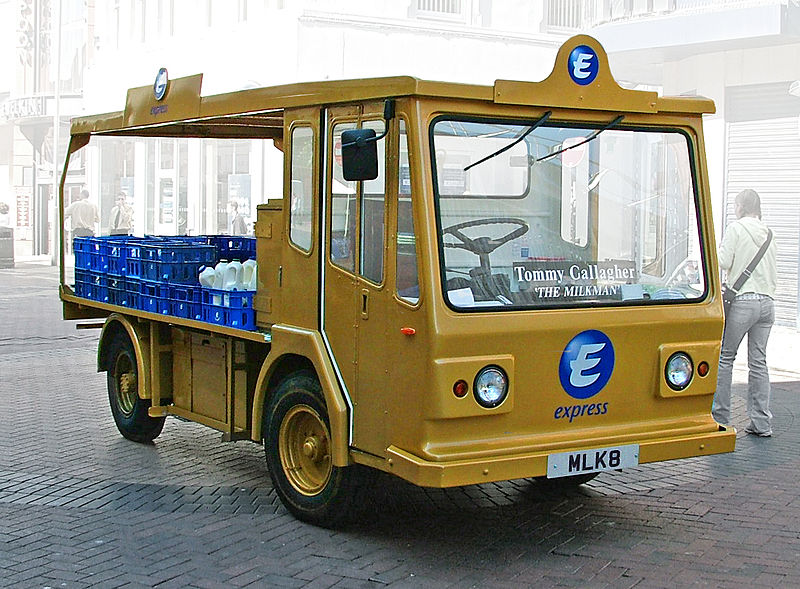 In this second part of Farm Zone’s ‘pioneers in agriculture’ series, we look at the life of George Barham – founder of Express Dairies

Express Dairies was, in its day, one of the biggest names in the business. Back when milk floats did the rounds, its distinctive blue and white crest marked out a fleet of thousands, the name embossed on every glass bottle.

The same name had once too been a familiar sight on Britain’s railways – writ large on the sides of the tank wagons that made up the morning milk trains. Express Dairies in fact owed all its initial success to those trains – or rather to the express steam trains of Victorian England – whose potential to revolutionise the country’s milk trade had been spotted and seized by one of the age’s great entrepreneurs. 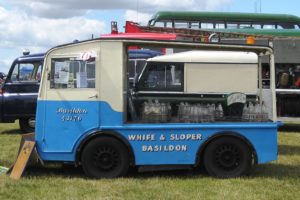 George Barham was a Londoner, born in the Strand in 1836. He was also born into the business, his father having some years earlier moved to the city to start a dairy. In those days, central London was full of dairies and cowsheds. By one reckoning, about 20,000 cows were kept in the capital, grazing where they could in the few remaining commons and fields, but otherwise living in yards, cellars and even on the upper floors of buildings.

The milk industry – it hardly merited the name – was then entirely unregulated. Urban dairies supplied neighbourhood ‘milk walks’, unclean premises using unclean pails to send out a product all too frequently watered down – a problem that led many to demand that the cows themselves be brought out instead, to be milked at customers’ own doorsteps (an ordeal that only worsened the animals’ already poor condition).

The situation was scarcely sustainable – a model of production and supply that only persisted for as long as it did because of the entrenched consensus that milk must be local.

Then came the cattle plague of 1865. An epidemic of rinderpest – a bovine virus that left most animals dead from fever within a fortnight – hit London particularly hard; and the capital’s supply of local milk was all but wiped out.

Barham by this time had opened his own dairy, in fashionable Bloomsbury, and was one of a handful of city dairymen who – in the face of strong popular scepticism – were already supplementing their resources with country milk brought to town by rail. If rinderpest forced the capital’s hand, though, it was Barham who came up trumps. He held his nerve and dramatically upscaled his countryside imports.

If it seems in hindsight an obvious move, at the time it was anything but: all the odds were against him. The railways of the 1860s tolerated some milk carriage but made no particular provision for it: churns had to travel in ordinary, unventilated, badly sprung goods wagons, with no special rates offered.

And Barham knew that he had to source milk from further afield than the already exploited and limited resources of Essex and other neighbouring counties. Further afield, though, meant longer, more expensive train journeys; and these without refrigeration.

The dairyman went to talk to the railwayman. James Allport was general manager of the Midland Railway, headquartered in Derby, and himself something of a maverick and pioneer (particularly, later, as an advocate of affordable rail travel for all). He granted Barham the discounted freight rates necessary for the milk plan’s launch.

Supply was then sought from farms close to the train line – and (such were the volumes required) not just from the obvious outlets, but from butter and cheese producers, dairymen unused to the direct retail of milk.

Next came the refrigeration question. Barham invested heavily in the Lawrence capillary cooler, borrowing the device from the world of beer making. This was no fridge in the modern sense. Rather, it was a machine used to reduce the temperature of very fresh milk by trickling it over a construction of corrugated metal sheets whose internal pipework was chilled by the pumping through of cold water. 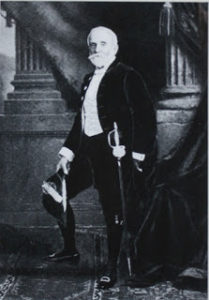 Thus was new milk prepared for its journey to London. It was effective enough: certainly milk that had been thus treated in Derbyshire arrived at King’s Cross (where Barham had organised special sidings and sheds) no warmer than churns from the capital’s outskirts which, prior to dispatch, had simply sat in ponds and streams.

The man’s plans worked, his multiple gambits vindicated. Not only did The Express Country Milk Company make Barham’s fortune, but it did more than any other venture to persuade people that the future of milk production belonged back in the countryside. From the 1870s the supply and consumption of ‘railway milk’ soared; and by 1914 over 95% of the capital’s milk came from out of town.

Success in Victorian Britain meant empire-building, and George Barham was no exception. Early profits funded the founding of a sister business, the Dairy Supply Company, which specialised in making and supplying dairy utensils to the trade. Later, the British rights to the world’s first centrifugal milk-cream separator were acquired. And, not long after his young son began selling currant buns alongside glasses of milk in the Bloomsbury dairy, a chain of teashops was added to the portfolio.

But it was not profit at any price. Basic to Barham’s understanding of business was an awareness that quality came first. He was from the start a prominent presence in the newly formed British Dairy Farmers’ Association (eventually becoming President in 1908); and helped build up its clout through conferences, educational demonstrations and the setting up of model dairies, including at international trade fairs.

Sharp practice was a lifelong foe. His campaign against forms of food adulteration took him as far as drafting a parliamentary bill outlawing the use of the word ‘butter’ unless strictly appropriate; the 1887 Margarine Act came about in consequence. Barham himself would have ended up in the Commons if, representing the Liberal Unionists at the 1895 general election, he had succeeded in overturning the Liberal majority at Islington West.

Instead, he retired – to an imposing mansion and estate at Sudbury Park, near Wembley. There, perhaps not even the visionary Sir George (as he was after 1904) could have conjured up in his mind’s eye a picture of the 3000 gallon-capacity, glass-lined dedicated milk wagons that would ride the railways in the century to come – still bearing the Express Dairy name, the slogan still ‘Milk for London’.