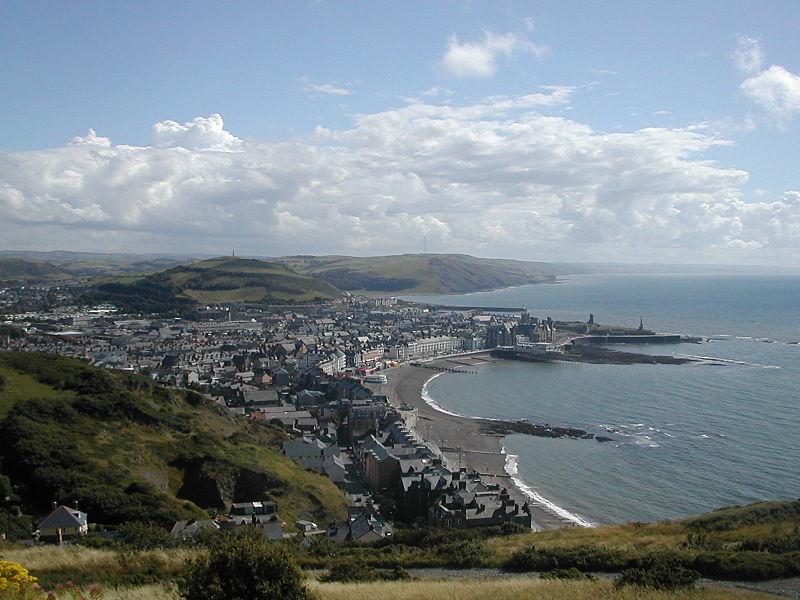 In part three of Farm Zone’s ‘pioneers in agriculture’ series, we cover the life of grassland scientist George Stapledon

Previous articles in the series have looked at the lives of George Barham, founder of the Express Country Milk Company; and Tom Williams and the 1947 Agricultural Act.

George Stapledon was a grassland scientist, an international authority on grasses, clovers, and other plants of the pasture. It was a very particular specialism. If it sounds narrow, though, the man’s career, and its influence, were anything but. The work he did, particularly from 1919 at the Welsh Plant Breeding Station, was to have a transformative impact on British farming; and the reach of his ideas would eventually change the look of the countryside itself.

The young George was not destined for science. He was born (in Northam, Devon, in 1882) into a prosperous family of business. His father owned a shipping agency for which George, after Cambridge, dutifully started work. It was only when he became unhappy – so unhappy that he went off to Kent to work for a fruit farm – that he discovered his passion for plant cultivation, and returned to Cambridge to pursue a diploma in Agriculture.

He was unhappy at Cambridge too, finding himself under stimulated, though, by the time he left, he was academically well-trained. He went on to teach – at the Royal Agricultural College in Cirencester – but Stapledon’s attention was always as much caught by what was happening in the surrounding countryside as it was concentrated in the classroom. In 1911 he watched the fiercest heatwave in living memory burn the fields of the Cotswolds brown.

The crisis sparked the young man’s imagination. He noted how well one indigenous grass, a species of fescue, was surviving the drought; and he wrote and published a paper on it. The finding that different grasses thrived or failed in different environments, and the idea that this fact might somehow be exploited to improve agricultural pasture, were breakthroughs that set the direction of a lifetime’s work.

And agricultural pasture did need improving. Just how badly would become clear to Stapledon over the course of his next appointment – as advisor to the University College of Wales in charge of compiling a local survey of land and vegetation. The resulting tour of grazing and hill farms throughout the middle of the country recorded a depressing norm of permanent pasture so unproductive that livestock had to be fattened by imported concentrates; and only occasional sowings from cheap seed mixes.

The coming of the First World War made the issue of national food production an important one, increasingly so as the war went on, and in 1917 an Official Seed Testing Station was set up by the Ministry of Agriculture. Stapledon – who had been sufficiently concerned by his findings in Wales to publish a damning report on the agricultural seed industry – was asked to be its director.

He accepted, but stayed only until the end of the war, when he returned to Aberystwyth. This was the land he had come to know best, and it was also where a major new initiative, this too in need of a director, was to be launched: a Welsh Plant Breeding Station. Here, from 1919, began for Stapledon a pioneering programme of work which lasted until his departure 23 years later, and which, for the institute, would continue to the present day. (Aberystwyth University’s IBERS, whose new varieties are developed in partnership with Germinal Holdings, is the Station’s direct descendant).

The mission was to demonstrate that a farmer’s choice of seeds mattered: that the right varieties could deliver not just levels of cereal yield but a richness of grass for grazing far beyond the norm. And the Station bred the varieties to prove it. If there was precedent for such work with cereals (in this case mainly oats), to treat grasses and clovers in this way was at the time completely new. Nevertheless, using many thousands of broadly sourced samples and a range of breeding techniques, Stapledon and his team created a set of species for pasture more desirable (leafier, longer lasting) than anything then known in farming practice.

And farming practice was by this stage at the forefront of Stapledon’s agenda. He was adamant that the viability of the new seeds should be publicly demonstrated; and, for several years, small-scale trials were run on local farms. Then, in 1933, thousands of acres of difficult upland near Devil’s Bridge were converted into the spectacular Cahn Hill improvement project. Its rejuvenated green slopes were visible from miles away.

The more time Stapledon spent out in the field, the more convinced he became that good pasture was more than just a question of species selection: it, no less than arable, was about continuous, strategic husbandry. Sowing, he came to believe, should be regular and, where appropriate, responsive to environmental conditions and time of year. Ideally, temporary grass leys (some early, some late) should alternate with arable use so as to make land maximally productive.

Unproductive land, for Stapledon, was a failure only of the imagination. And there was no soil, in his view, that was not ‘fit for the plough’.

This philosophy, whose origins can be traced back to the pressures of the First World War, became central to the war effort of the Second. It was there in the celebrated ‘plough-up’ and Dig for Victory campaigns of the early 40s, the significance of which was later made clear by the Minister of Agriculture: ‘without the achievements of Stapledon, Britain would have starved.’

Sir George (as he was after 1939) retired from the Welsh Plant Breeding Station in 1942 and fully from scientific life shortly after that. Over the years that followed, the revolution he had started continued of its own momentum: by 1955 the amount of unproductive permanent pasture in Britain had fallen from about 15 million acres to about seven. Stapledon, more than any other individual, had set the land to work.

Some, of a more recent generation, have lamented the loss of so much derelict pasture (and the natural wilderness implied). But Stapledon was an environmentalist of a different stripe. Whatever else it was, the rehabilitation of farmland, was also, for him, a way of keeping rural communities in place, of preserving the culture of the countryside and of easing access to it for all. His vision of man in fruitful harmony with the earth in in fact now more relevant than ever.