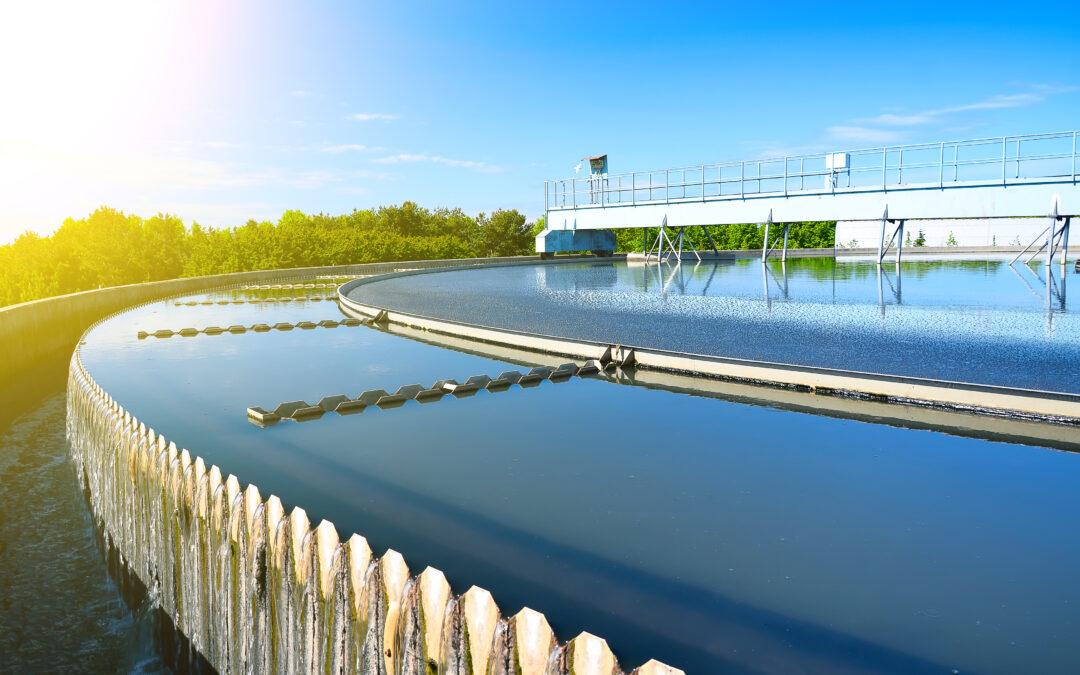 Following on from Bright Maize’s successful recent open day, we spoke to Tim Stephens of Wessex Water, and took a broader look at nitrate pollution…

We all know something about the problems of water pollution from agriculture. When chemicals from pesticides and excess nutrients from fertiliser and manure leave the farm and contaminate nearby aquatic ecosystems the damage can be widespread and devastating.

Mark Lloyd of The Rivers Trust recently suggested that ‘probably more significant’ than the pesticide issue was a ‘failure of the ecological status more generally’; meaning, in particular, ‘nutrients and soil in the water’ caused by poor soil management.

It’s a perspective that has gained currency over recent years. Tim Stephens, of Wessex Water, was moved by his experience working with farmers in catchments in Wiltshire and Dorset to find out what more could be done to combat the problem of water pollution from nutrients.

A Nuffield scholarship took him around the world in search of ideas and solutions; and his 2019 report – which poses the simple question ‘How can farmers keep nutrients out of water?’ – is accessible online as an invaluable dossier of discoveries and insights.

Tim kindly spoke to us about his work and about how he sees the prospects for more nutrient-efficient farming in the UK.

When it comes to pollution from a farm’s fertiliser and manure emissions, the UK is much like anywhere else in the world: depending on geology, certain parts of the country are more prone than others to certain forms of the problem (such as nitrate leaching in areas of more permeable soil).

But, generally speaking, much of southern Britain (like the Netherlands, Germany and parts of northern France) is officially made up of Nitrate Vulnerable Zones (NVZ) – or land that drains into water where the levels of NO3 have been identified as being at risk of exceeding 50mg per litre.

Consistent with this, Defra’s just-published Soil Nutrient Balances for the UK last year indicate an average nitrogen surplus of 84 kg per hectare of managed agricultural land.

It’s not just the environmental damage implicit in these statistics that makes Tim Stephens uneasy; it’s the inefficient use of resources. Tim – a keen enthusiast for the so-called ‘lean management’ principles of other industrial sectors – points out that the cash value of wasted nitrogen on a 100 ha UK farm can be over £6000 / year.

For his Nuffield report, Tim tracked down farmers in ten different countries who had found ways of cutting down on nitrate waste in a big way – and to the benefit of their businesses as well as the wider environment.

The case studies make for diverse and inspiring reading. Some farms in the report demonstrate the potential of precision agricultural technology; others of the economic benefits that flow directly from conservation farming. There is an agricultural consultant in Iowa who helps maize growers build up the confidence – based on scientific insights into the condition of their soil – to cut back on fertiliser input.

The report also profiles some projects whose success Tim does not necessarily expect to see reproduced in the UK.

The Teagasc – the Republic of Ireland’s Agricultural and Food Development Authority – operates a highly successful network of strategically-sited research stations which analyse the relationship between different farming practices and water quality. Its advice shapes the decisions of both government and farmers alike.

It’s difficult to conceive of such a nationally integrated and funded service here. In fact, when it comes to the UK government’s overall strategy on questions of land management, Tim is clear-sighted about its current limitations.

He concedes, for instance, that the NVZ compliance stipulations have gone ‘some way’ towards containing the problem of nitrate pollution, but points out that the rules concern only levels of nitrogen input rather than losses. (He contrasts this with legislation in New Zealand which endeavours to regulate actual losses – though this requires data modelling technology for which there is currently no UK equivalent).

As a result, Tim observes, it’s possible to be fully compliant with UK directives while still leaching unnecessarily high nitrogen values into the soil. Rather than a focus on ‘box-ticking’, Tim would like to see the kind of assistance to farmers that leads to ‘real change in practice’.

What about Brexit? Does pulling away from the old EU-derived frameworks present an opportunity to improve current legislation? Tim views that prospect cautiously: while he sees obvious scope for re-tailoring regulations the better to fit the UK’s specific climate, geology and farming systems, he is not reassured by those in government who, he fears, may want to cut down on regulation generally for the sake of freer global competition.

In fact, though, Tim does not see rules and regulations, on their own, as the real drivers of change. What has most impressed him over the years – both on his travels and here in the UK – is how well individual farmers have responded to the right advice and training, the right technology and the right opportunities.

He points to the example of the Poole Harbour Nutrient Management Scheme – a pioneering coming-together of over 300 farmers in the Poole Harbour catchment area in Dorset. The participants have forestalled the imposition of special Environment Agency nitrogen reduction targets by proposing a voluntary remedial programme of their own. Key to the scheme is the development of a farm nitrogen loss assessment tool – of the kind already used in New Zealand.

The farmers involved are proud to be spearheading this kind of smart farming; but such initiatives arise from more than just collective will. PHNMS would not have got off the ground without considerable financial backing – in this case from the Esmée Fairbairn Foundation – and Tim sees initiatives along these lines as perhaps the most productive way in which the government can help farmers achieve new, environmentally-friendly ambitions.

Not that greener, more efficient farming need wait on the development of the next generation of data tech. While the latter is set to play an important role on every level of land management (with results, depending on how 5G performs, visible sooner rather than later), in the meantime Tim is just as firm a believer in the basic principles of good – even common sense – resource husbandry.

Sometimes just pausing to review a business model is important. Tim recalls recently talking to one dairy farmer who, despite having an exceptionally high-yielding herd, eventually concluded that all-year-round calving on a high input system was generating insufficient return on capital. The decisions that followed – including to reduce cow numbers, to shift to autumn block calving and to increase milk from forage – promise not only to make the business more profitable, but to benefit the environment too.

What’s efficient for the farm tends to go hand in hand with what’s good for the soil: it’s a truth Tim sees everywhere in agriculture. In another context, he’s delighted by the growing popularity of early maturing varieties of maize. Not only do these give farmers more options in the field after harvest, but the soil benefits from having a better-established replacement crop come year’s end.

But what about targeting the issue of nutrient pollution more directly? Can ordinary farmers – without access to the kind of expertise and technology that feature in some of the case studies of Tim’s Nuffield report – look more closely into how nutrients cycle through their systems?

Even without specialist assistance, Tim insists, and even without being able to measure directly what might be being leached, anyone can get a good idea of their nutrient use efficiency. It’s relatively straightforward, for example, to compare trial data for a crop’s unfertilised yield with that of any given fertilised yield (that might be, say, 6 tonnes of wheat in a hectare as opposed to 10). It’s the difference between the two figures – not the entire yield – that the added nitrogen is ‘buying’ (as Tim puts it). If, therefore, in a case such as the above, the crop nitrogen offtake roughly matches the nitrogen input, then the fertiliser can be seen to be only about 40% nitrogen efficient.

It’s the kind of performance level that would make Tim wonder if the nitrogen was being over-applied; and whether more could be done in terms of soil management with a view to improving nutrient cycling efficiency.

Tim is optimistic about the future. Overall trends are good and the help, if needed, is definitely out there. He recommends Catchment Sensitive Farming as a first port of call for any farmer curious to learn more about practical, affordable routes to better nutrient stewardship.

But, as his Nuffield report makes plain, there is still much to do; and farmers cannot do it alone. More research is needed; better nutrient loss measuring tools require developing; and varieties of financial assistance will be essential to connect progress on these fronts to mainstream agricultural practice – and to help farmers realise the full potential of healthier, more efficient soil.