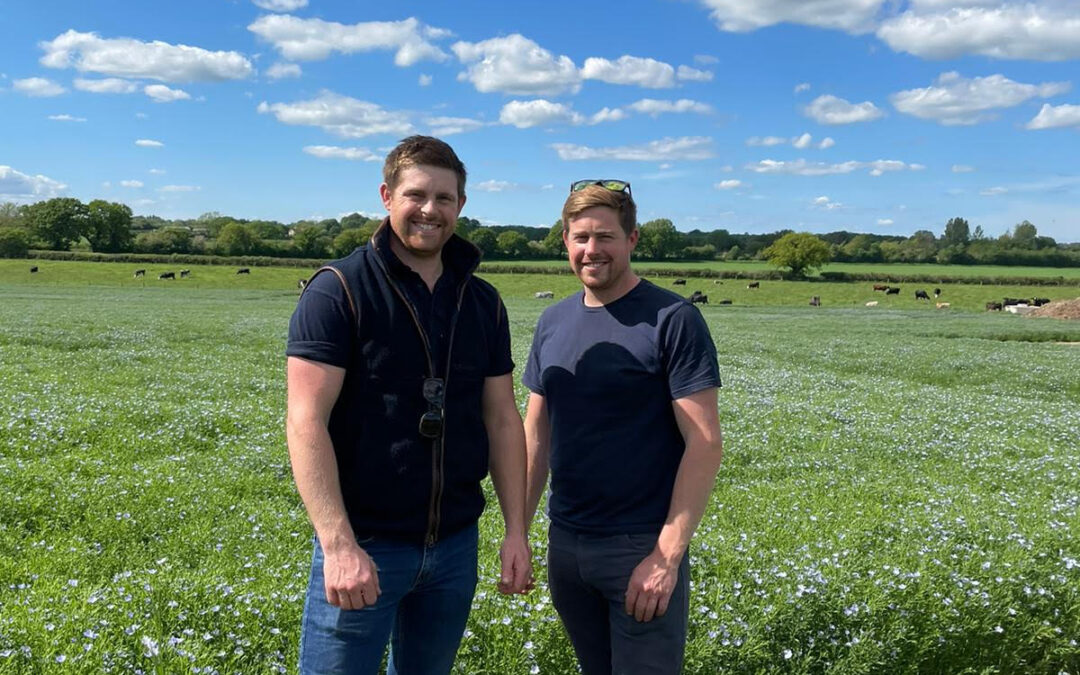 It wasn’t that long ago that the plough was the most important implement on the arable farm, or the livestock farm come to that. Things have changed a bit since then; not to the extent that the plough is no longer significant – it is; but in the machinery pecking order, the drill is feasibly not at the top now. Instead, we hear more about minimum tillage, with ‘min-till’ being the in phrase; and this looks set to be overtaken by ‘no-till.’

One business that has observed and adapted to this shift of emphasis is Shaftesbury-based A & R Fraser, a family business providing an extensive range of contracting services throughout Dorset, Wiltshire, Hampshire and Somerset. Brothers George and Jonny are in charge of the everyday fieldwork; and parents Andy and Ros look after the paperwork (father Andy is also very much hands-on with the tractor work). Together, this family team are responsible for the overall running and direction of the business.

The contracting operation emerged 30 years ago from the family’s beef and arable farm; similar to many other farms, additional work and income was required to support two brothers and their families. Cautious by nature, George nonetheless admits the move has ‘paid-off.’ Another expression George uses to describe the present contracting situation is ‘getting ahead of the curve.’ What he means by this is preparing for environmental land management schemes (ELMS) that will focus more on soil biology – encouraging increased organic matter and reducing cultivations to lessen soil compaction and save fuel.

Employing five full-time and two part-time employees, the business’s contracting fleet contains everything needed to undertake work for arable and general farming. This includes complete and part farm contracts, muck and slurry collection and spreading, straw baling (round and square) and straw sales. 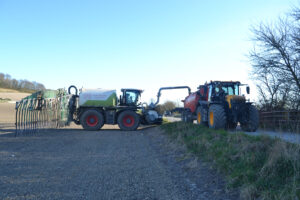 Among the impressive register of machinery – ploughs included – are five function-specific drills. The scope of drilling techniques available covers inter-row weaving, weaving GD, combi, sub-soiling, strip-till, low disturbance and whatever else might be required. It certainly indicates the importance of the drill in today’s farming, possibly a sign it will be a vital means by which much environmental policy will be realised.

Of the several thousand acres drilled, around 1000 acres this year is expected to come from undersowing maize (the business does not actually drill maize); this has occurred almost entirely because undersowing has been identified as the best way to retain nutrients in the soil and prevent ‘run off’ into water courses.  It’s a perfect example of being able to respond to changing requirements.

Since the purchase last year of a purpose-made Weaving inter-row drill, demand for its services has been remarkably high. The drill was used for trials with Bright Maize to show the benefits of undersowing grass mixtures and cover crops with maize. Inter-row drilling of crops took place at different stages of the maize’s development. The trials were a success, helped by the consistency of establishment, attributed to the drill’s combination of a double disc opener followed by rubber press wheels. The result was good seed to soil contact and an even emergence across a spectrum of soil types.

There are no greater advocates of the technique than water companies, with Wessex Water saying of the trial: ‘Where no following crop like wheat or a new grass ley is planned, then we actively encourage maize growers to establish a cover crop. Post-maize harvest cover crop establishment can work well after an early harvest, but in wet years getting the grass established in mid-summer gives it a better chance of retaining nutrients and preventing soil erosion the following winter.

Knowing how farm payments will be framed under new policies will structure the direction of the contracting business over the medium and longer term. Payments for ‘good works’ will potentially give the contractor a large role, albeit a modified one from the past. And it’s not just in its cultivation endeavours that A & R Fraser is keeping ahead of the curve, but in its straw and slurry operations too. Straw taken from one arable farm is sold back to the same farm as muck for spreading; this is to benefit organic matter and stem the spread of weeds. And five tankers running slurry to a self-propelled spreader – with 24m dribble bar or 6m disc injector – ensures soil fertility and structure is forefront of the agenda.

The Frasers do not forget that they are farmers as well as contractors, and good husbandry is key to managing the farm’s 120-plus acres of arable and near 300 cattle, of which 45-head are Angus cross single sucklers. With any successful business, there maybe a temptation to ask ‘what is your secret?’ If attention to detail, planning for the future and a strong work ethic are secrets, then it’s a fair question. But the reality seems to be an adherence to good old-fashioned principles in a rapidly changing world.