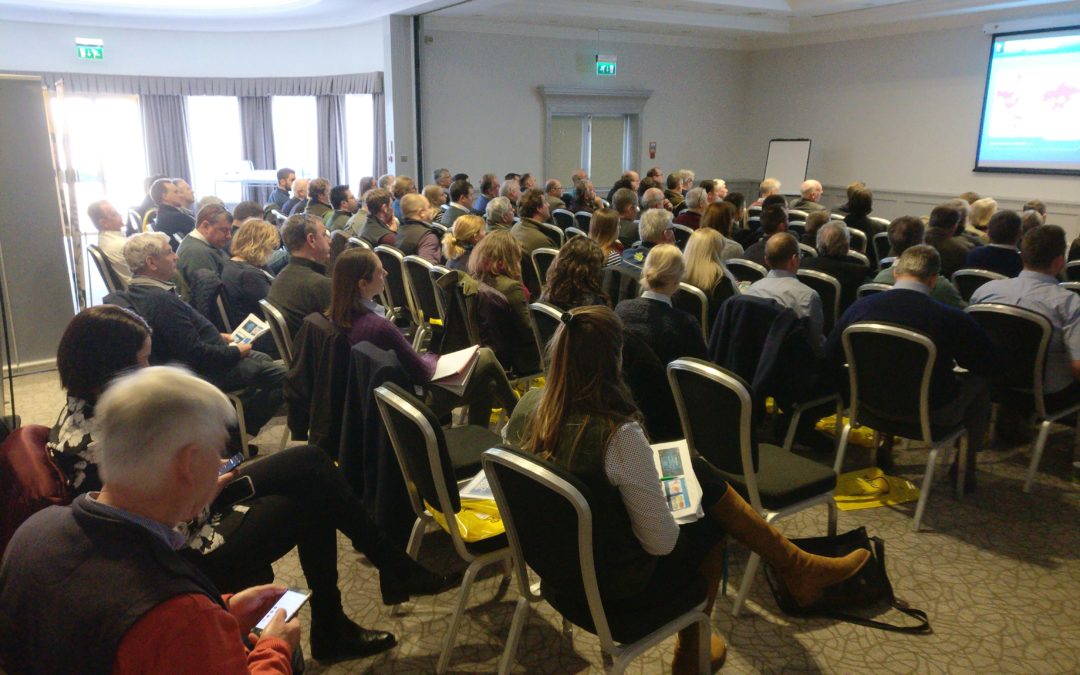 It was a great pleasure for Bright Maize to be able to sponsor Maize Conference 2020, the annual event organised by the Maize Growers’ Association which took place at Hilton East Midlands Airport Hotel near Derby in early February.

I thoroughly enjoyed every aspect of the day, which began at 8.30am with a tour of the state-of-the-art research farm run by the Centre for Dairy Science Innovation at the University of Nottingham. But two of the talks particularly stood out for me.

The first was the presentation from Michael and Ian Sturmer of Sturmer Farms – well known in the industry as the winners of the 2019 Farmers’ Weekly Beef Farmer of the Year award. Michael and Ian gave a good overview of their award-winning beef enterprise, before going into some depth about how they incorporate maize into their system. The father and son team talked us through how, after Michael – the son of the team – returned from university, they conceived revamping their enterprise from being a traditional store cattle finisher into what it is today. While a big part of the work was building new sheds, seed stores and silage pits what was interesting to me – and perhaps quite unexpected for a farming operation – was that they also conducted in-depth market research.

Michael explained how they had taken the unusual step of inviting 15 London chefs up to their farm in East Sussex, as well as talking to retailers and abattoirs, to find out exactly what their customers actually want from their beef. The answers were wide ranging (and doubtless much of what they found out may be ‘trade secrets’ for Ian and Michael) but what they told us was that quality and consistency are key considerations for chefs working with beef. One interesting insight was that the London chefs were often working with beef imported from Argentina. Which, given the extremely high tariffs, I thought was quite surprising. It also transpired that retailers wanted smaller carcasses, and steaks in vacuum packaging. Meanwhile, for abattoirs, consistency was king. And all customers wanted to see better traceability, particularly in relation to antibiotic use.

Although they talked us through many other aspects of their operation, the market research was particularly interesting to me, and it seems that it may be a key part of their success and something that other farmers can really learn from. When it came to the maize feed, their driving consideration was “consistent feed for a consistent product”, and they have an absolute determination that they will not feed any human-grade food to livestock. Sturmer Farms operates a maize and winter barley rotation and the father-son team described how, although they did try to move away from precision drilling for a time – this resulted in bunching, so they soon went back to it. The Sturmers described how a focus on feed consumption has helped them to radically reduce how much feed dry matter is required per kg of weight. The impact has been a significant reduction in their costs, as well as an improvement in environmental outcomes.

Michael and Ian stressed that they are happy to take questions from interested farmers who want to learn from their experience, and they can be reached either via email at m.sturmer@sturmerfarms.co.uk or on twitter: @IanSturmer.

The second presentation that I was particularly interested in was from Phil Garnsworthy, Professor of Dairy Science at the University of Nottingham. Phil gave an interesting and informative talk that debunked some of the myths surrounding the impact of animal products on the environment, in which he demonstrated that a strictly vegan diet is not always best for the environment. His argument was essentially that when ruminants are fed on grass and by-products, then eating products from those animals may be better for the environment from an emissions perspective than eating many of the plant-based alternatives that have recently become popular with consumers. And I’ll aim to go into this in more detail in a future blog post.