TACKLING THE CHALLENGE OF SOIL COMPACTION 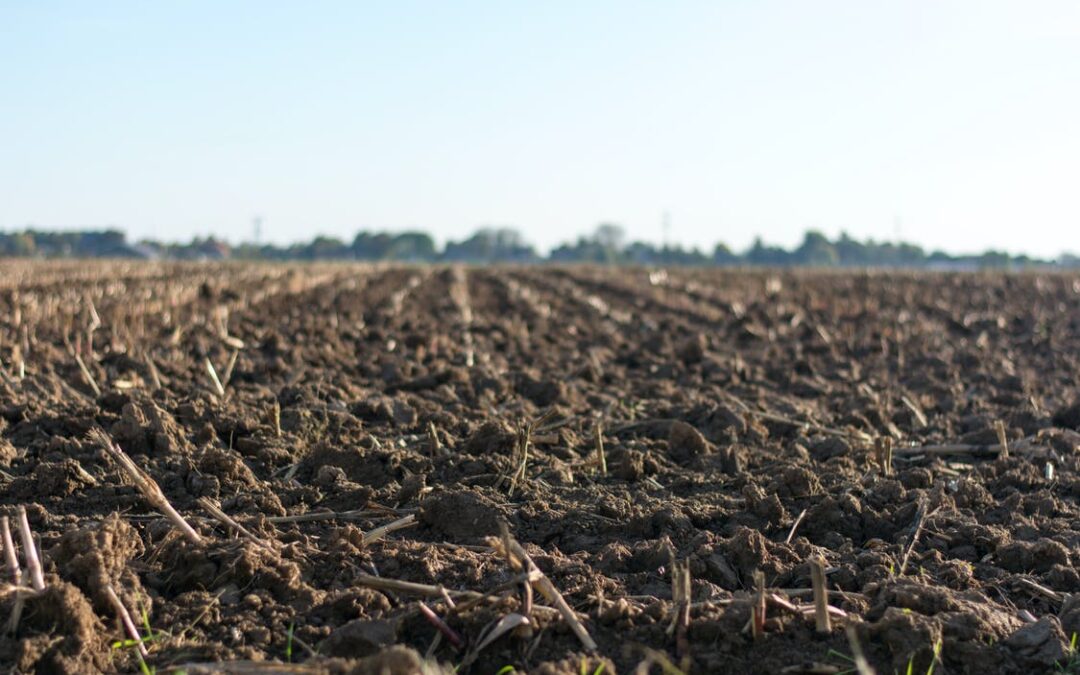 Last year’s government report on the state of the environment for soil drew attention to a number of soil-related, including soil compaction, issues which particularly concern the farming community. At Farm Zone, we have produced this blog post to inform Bright Maize customers about findings of the report.

Prominent among these is the problem of soil compaction. The report estimates that almost four million hectares of agricultural land in England and Wales are at risk from it, and that every year the cost of its ill effects can be put at about £470 million.

Moreover, we are coming to understand that it’s not just an issue for farmers. A healthy soil does more than just grow healthy crops: it absorbs and filters rainwater, harbours biodiversity and acts as a natural sink for greenhouse gases. It helps support the health of the wider environment.

Someone who over the course of his career has acquired an in-depth understanding of soil mechanics is Professor Dick Godwin, one of the UK’s leading experts in agricultural engineering. We were recently lucky enough to talk to him: to learn a little more about the problem of compaction, and to find out about the kind of things farmers can do to guard against it. 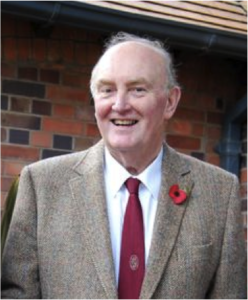 The structure of a healthy soil is a complex thing. It is its own kind of ecosystem, with the soil particles themselves sufficiently aerated to allow for a through-flow of water, some decomposition of organic matter and the natural, renewing activity of earthworms and other life.

Soil compaction is simply the squashing down on this structure from above, with the result that it becomes denser, less porous and less permeable: the roots of crops are less able to grow; water is less able to be absorbed (leading to runoff, pollution and excess soil erosion); and the soil structure itself becomes less organically active, less nutrient-rich and less efficient.

It is to some degree a natural phenomenon – wet weather is a contributing factor – but there is no escaping the fact that intensive agriculture, including the use of extended grazing systems, but above all the operation of heavy field equipment, has made the issue of soil compaction an especially pressing one for the modern farmer.

The good news, according to Professor Godwin, is that we can do a lot to reduce the problem.

It is simply a question of putting less pressure on less soil – a two-pronged strategy that on the one hand involves using a lower pressure in the tyres of tractors and other field equipment; and, on the other, of rationalising the traffic paths of those vehicles in the field so that they don’t move over unnecessary amounts of ground.

One particularly thorough experiment was carried out in Scotland over an eight-year period: it explored the differences between various tillage systems used on land dedicated to growing forage (three applications of fertilizer and three cuts per year). Included in the study was a comparison between two systems whose only difference lay in the tyre pressure of the equipment taken out into the field: one set of tyres was inflated to a conventional level (the 160-480 kPa range); the other used tyres inflated to a much reduced level (30-200 kPa).

The fields worked on by the equipment with lower tyre pressure yielded 14% more dry matter than the conventionally managed fields (and that 14% was less than a percentage point behind the result for a third, zero traffic, system).

Another recent study relevant to the dairy farmer looked at the effect of tyre pressure on a maize / soybean rotation over twelve months in the Midwestern United States. Here, the use of lower inflation pressure tyres was found to have a significant effect on the maize grain yield – an improvement of over 4% compared to the standard tyre pressure control.

Lower pressure tyres leave a larger footprint – as they flatten out under the weight of the equipment – but, because of this, there is a proportionate decrease in the pressure felt by the ground: down, in a typical instance, from around 14 pounds per square inch to around nine or ten. And this makes all the difference to the ongoing condition of the soil.

Of course, the less ground you can subject to any pressure at all, the better – and you don’t need to envisage a future of hovercraft farming to do justice to the logic.

The bulk of a field’s soil may be spared the pressure of traffic if the machinery that works on it sticks to permanent wheel ways, rather than moving about at random. Godwin has studied many such Controlled Traffic Systems (CTS) and regards them as vital in the effort to keep the problem of soil compaction to a minimum.

It’s a simple idea – though, in practice, repays some careful planning and problem-solving. The track gauges of different machines need to be matched, for example, and the working width of their equipment needs to be compatible with the layout. But the amount of ground left untouched by a well-designed system can go from a tiny minority to a healthy majority. And the dividends can be significant: one study known to Godwin sees the potential to increase grass forage yields in this way by as much as 35%.

Grass-growers – it is interesting to note – stand to benefit particularly from CTS. As Professor Godwin observes, grass is a crop that (unlike wheat, for example) is left in the ground to get run over. It is not just the soil, therefore, that gets unnecessarily damaged by random traffic but the crop itself. It seems to have been for this reason, Godwin recalls, that one CTS trial he observed on a silage field in Scotland was greeted with ‘almost instantaneous’ enthusiasm.

What about the practicalities? The theory is simple enough. But how easy is it to put remedial measures in place? What can the ordinary farmer do?

Lowering your tyre pressure in the field is a good start. All the necessary data about tyres’ safe working limits are supplied by manufacturers and are out there in the specification booklets and on the internet.

For those willing to make the modest investment, higher flexion tyres can make life a lot easier, allowing vehicles to move safely between field and road without having to stop to adjust pressure accordingly.

As far as Controlled Traffic Systems go, RTK navigation is the technology to invest in. Saving the farmer the manual work of making marks on every pass of the field, Real-Time Kinetic satellite positioning enables a vehicle to repeat a path automatically and within a couple of centimetres every time it goes into the field.

Godwin acknowledges that for many dairy farmers the argument for investing in technology is complicated by the role of the contractor. If work such as cutting silage is contracted out, how manage the economic equation whereby the cost of investing in field equipment is borne by the contractor, while the benefit reaped by the equipment is the farmer’s?

It’s a potential tricky question; but Godwin is optimistic that it won’t slow down progress. Contractors who invest in auto-steer and other performance aids will, he believe, themselves feel the benefit of working more quickly and efficiently with them; as well as becoming more competitive presences in their own marketplace.

And progress – in developing the kind of technologies that minimise soil compaction – continues apace.

Drones are playing a noteworthy role in the emerging science of precision agriculture, and have obvious implications for the reduction of field traffic – particularly when it comes to surveillance work and the supply of crop performance overviews.

More immediately interesting, as Professor Godwin sees it, are the possibilities for reducing land-based vehicle mass. He drew our attention to a pioneering experiment in robotic farming: the Hands Free Hectare, based at Harper Adams University in Shropshire, recently expanded and relaunched as the Hands Free Farm.

The venture has demonstrated that relatively lightweight equipment, including tractors as small as 30hp, can be remotely monitored and controlled to deliver a method of farming – in real world scenarios – that is both more precise and less likely to lead to soil compaction than traditional practice.

It is, as Godwin says, good proof of principle. The upcoming debate, he imagines, will turn on whether field work in the future will be carried out by ‘swarms’ of very small equipment, or by vehicles of more recognisable scale and number. He personally thinks that typical farm tractors will not fall below a certain size – 70 to 100hp, perhaps – but that they may acquire capabilities currently associated with much heftier models.

So much for the future – and the realms, for the average dairy farmer, of blue sky thinking.

For now, Godwin believes that simple common sense, when it comes to handling vehicles in the field, can achieve a lot – whether that means taking down tyre pressure while at field operating speed, or just avoiding unnecessary lines of traffic.

He vividly remembers watching a pea viner at work one summer in East Anglia. Every so often, the trailer that was following would fill up and, rather than using a return path based on the viner’s tracks, simply tank off back to the gateway. In so doing, it may have compromised only 10% of the field, but – as farmers know better than most – such small percentages can be the beginnings of a big difference.