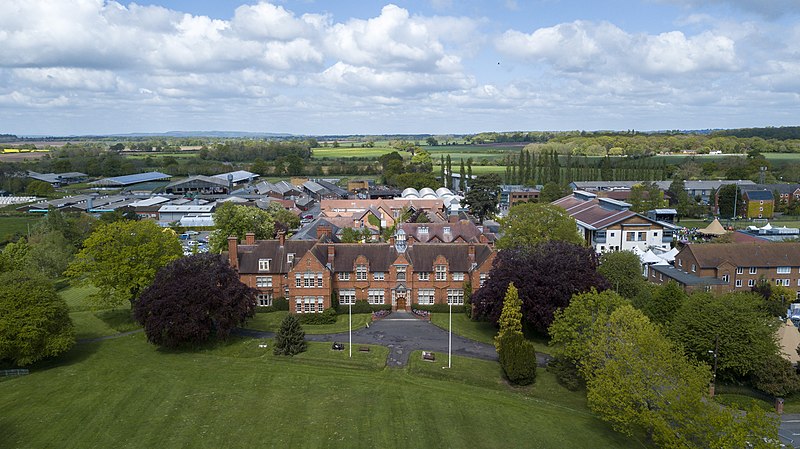 As part of our pioneer series, we look at one of the UK’s leading agricultural educationalists, Dr Tony Harris, who died earlier this year and believed agrobusiness alumni should rank alongside the best of any other industry 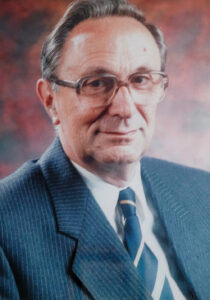 The high standing of Harper Adams University, the leading agricultural teaching establishment, is well known; and not just within the farming community but on the national, even international, educational stage.

Since its founding, as Harper Adams College in 1901, it has pioneered everything from women’s education to anaerobic digestion technology as a means of offsetting its own carbon emissions. Its graduates are today regarded as among the most immediately employable in the country.

Harper Adams was one of a large number of agricultural colleges founded in the early years of the twentieth century. But while many of its rivals wound up merging with or becoming departments of other institutions, Harper Adams kept its independence and flourished.

What did it do differently?

Heather Watson’s centennial history, The Lure of the Land: A Century of Education at Harper Adams (Harper Adams University College, 2000), tells the story in detail, but attaches particular importance to the contributions of three of the college’s principals: Charles Crowther (1922-44), Bill Price (1946-62) and – longest serving of anyone in the post – Tony Harris (1977-94).

Tony Harris died in March this year, a passing that was marked by both official eulogies and – on social media – by spontaneous tributes from countless Harper alumni, each one of whom retains vivid memories of the man who guided the college through its most dramatic years of development and expansion.

Anthony George Harris was born a west country boy. From farming stock himself, he completed his education in the early 1950s at Seale-Hayne Agricultural and Technical College just outside Newton Abbott in Devon.

Seale-Hayne was, in its day, an important regional agricultural college. Like Harper Adams, it had been founded early in the century by private bequest and, again like Harper, could by the 1940s rival the Royal Agricultural College in offering specially-designed two-year courses that would prepare students for the National Diploma in Agriculture.

Of the various career paths taken by newly qualified diploma students – farming itself, farm management, estate office work – lecturing was a common choice; and this was Harris’s.

The next two decades saw him make the usual migrations – sideways, sideways, upwards and upwards – through the country’s miscellaneous agricultural teaching establishments. There were spells at Dorset College of Agriculture (now Kingston Maurward College) and at Harper Adams itself (where Harris taught crop production in 1955). Then came the position of vice-principal at the Shropshire Farm Institute at Walford (distant forebear of today’s North Shropshire College). And then, in 1967, Harris got the job of principal at Merrist Wood Agricultural College near Worplesdon in Surrey.

From this point on, Harris’s power to influence became much more than that of teacher and lecturer: he was in a position to revolutionise and reshape the structure of the teaching establishment itself.

Most notably, at Merrist Wood, this took the form of his pioneering of arboricultural training. When Harris was approached, in his first year in post, by the Association of British Tree Surgeons and Arborists to help organise and provide a venue for their first annual conference, and when that conference proved far more popular than anticipated, Harris took inspiration. Seeing in the emerging discipline of arboriculture a way in which Merrist Wood could permanently broaden its base in a forward-looking manner, he appointed a full-time specialist lecturer who would go on to oversee the teaching of both Certificates and National Diplomas in Arboriculture courses – the first of their kind in the UK.

Harris won the post of principal of the already prestigious Harper Adams Agricultural College in 1977.

It was the eve of great social change. Between the end of the 1970s and the beginning of the 1990s the number of students in higher education would explode (from about one in eight school leavers to about one in five) in a way that could not hope to be sustained by the old funding models.

Rather than battening down the hatches and limiting student intake (as many principals did at the end of the 70s) or, worse, entertaining the prospect of a merger (as his own alma mater, Seale-Hayne, would do in 1989 when it joined with Plymouth Polytechnic), Harris set himself the double challenge of expanding Harper Adams at the same time as upgrading its assets.

It was ambitious to say to least. New halls of residence were constructed, and new facilities opened for both teaching (the suite of seven Princess Margaret teaching laboratories in 1985) and research (the Crop and Environment Research Centre in 1991). In the process, every revenue-raising avenue was exploited, from traditional public funding to the commercial marketing of the college’s own courses and venue spaces.

To keep up with (even ahead of) its university rivals, Harper Adams began offering degree courses as early as 1981 – though it would not be granted the power to award degrees until 1996. And its course offerings diversified into both new disciplines (such as Rural Enterprise and Land Managment and agri-food marketing) and new formats (pioneering the work placement-centred sandwich course).

Much of Harris’s work at Harper Adams reflected his view that the teaching of land-based studies should above all be useful and answer to the demands of the modern world. ‘With more and more agricultural colleges tying up with universities,’ he told Farmers Weekly in 1999, ‘there must not be too much academic drift’.

It was therefore unsurprising that he continued to involve himself in practical competence-building initiatives well into later life, serving as chair of – inter alia – the BASIS registration board and the Organic Farmers and Growers Certification Committee.

But Tony Harris’s greatest legacy is undoubtedly to be found in the continuing successes of what is now Harper Adams University – and in the careers of all those former students whose contributions to the best of contemporary farming are impossible to quantify.