A WINDOW INTO THE UKRANIAN DAIRY SECTOR 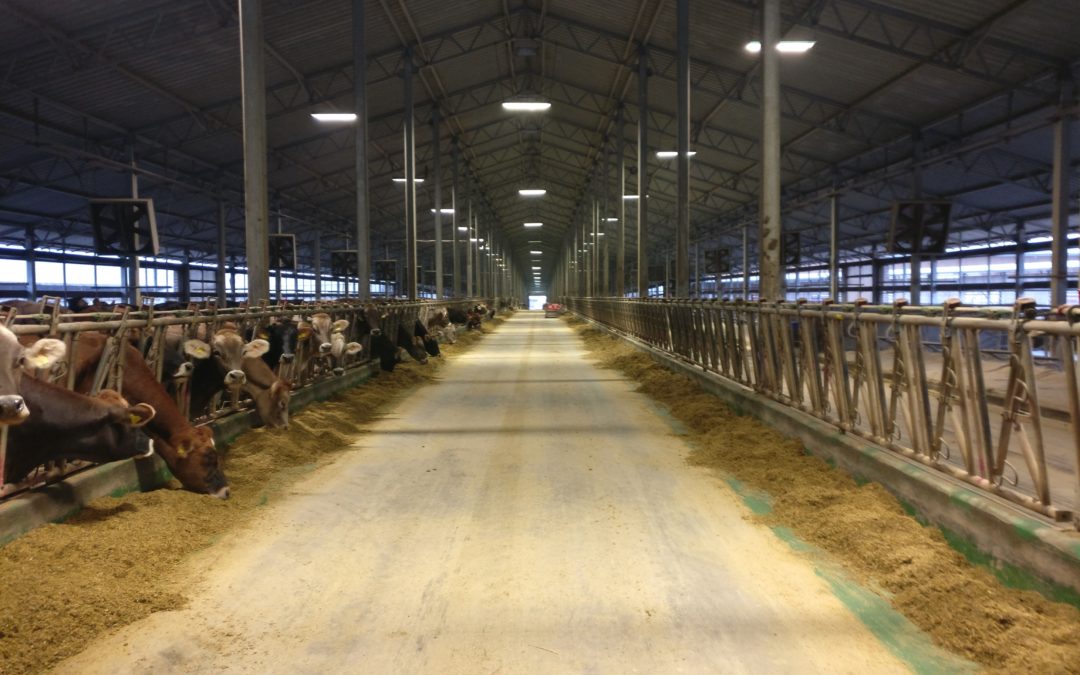 In the UK, so-called super dairies have caused significant controversy, with local communities often banding together to oppose their construction entirely. This is not the case in the Ukraine, as a group of Bright Maize customers – mainly dairy farmers – found out during a recent trip organised by Mas Seeds. Bright Maize is a UK distributor for Mas Seeds which is, in turn, a subsidiary of Maïsadour – a €1.3 billion French food and agribusiness cooperative. The primary purpose of the trip was to visit Mas Seeds’ Ukrainian seed processing facility (as described in our previous blog post), but Mas also laid on a tour of a nearby dairy farm – the Katerinoslav Milk Complex – to allow UK dairy farmers to see how the dairy business looks in the Ukraine.

And the Katerinoslav Milk Complex is certainly pretty unusual by UK standards. The facility has a total of 5,000 cows including bulls, calves etc – with 1,800 being milked at any one time. Each cow is milked three times a day – meaning there are 5,400 milking sessions every 24 hours. 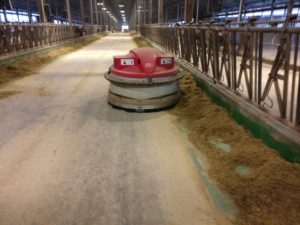 A dairy robot in action

The milking cows are housed in three 800 foot long sheds. Each shed houses a total of 600 cows and is split into 4 sections of 150 cows each. The facility makes use of cost-efficient automation technology, such as using feed pushing robots to save labour while stimulating feed consumption to improve animal health and production levels.

In total, the farm only needs to employ 16 people, split into two teams of eight on 12 hour shifts. All operations, including milking, happen round the clock. All milking is handled by a small team of three in the farm’s high-tech milking parlour.

Katerinoslav Milk Complex is privately owned and was built within 11 months. Construction began during 2011 and milking was happening by 2012. The operation has a total of 6,000 hectares split across two farms (one for the cows and a separate one for the necessary crops, in particular maize). All land is rented by the farm, as is standard in the Ukraine under the country’s unusual land ownership laws (although this may soon change). 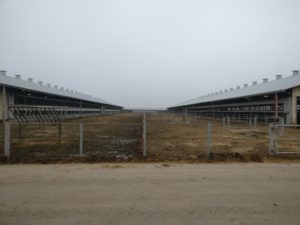 Ukraine is sometimes called the breadbasket of Europe, due to its large expanse of rich, dark soil and abundance of arable crops, which makes it an ideal location for dairy farming. While the dairy sector, and the entire Ukrainian agricultural sector, has been severely challenged by the closure of the Russian border to all trade as a result of the Russian military intervention, farmers are finding a way through by learning to export to the rest of the world. To this end, Ukrainian farmers have been working hard during the last few years to improve their milk quality which would enable them to export more to developed economies such as Israel and the USA. With Ukrainian salaries and other costs lower than in many countries, and with many farms having travelled down the high-efficiency route that has been pursued by the Katerinoslav Milk Complex, the Ukrainian dairy sector is well placed to compete at world prices. In 2015, the President of the Association of Dairy Farmers of Ukraine said “The aim is that Ukraine will be one of the top 10 exporting dairy countries in the near future”.

Given that the Katerinoslav Milk Complex reports that all their milk goes into cheese for export, it would seem that the country is well on the way to achieving this goal.