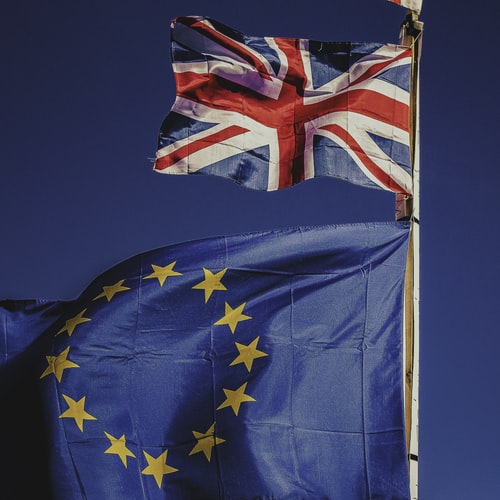 As the coronavirus crisis continues, it’s easy to forget that the UK government is in the middle of renegotiating its trading relationships with the rest of the world.

The country finally leaves the European single market and customs union on December 31 (the end of the transition period). From that point on, it will be subject to the default regulations governing international commerce set by the World Trade Organisation – unless it can strike new deals to make the business of exporting and importing easier.

A number of such deals are already in place; but not, so far, with the UK’s two major trading partners: the 27-nation bloc of the EU itself, and the USA. Talks on both these fronts have long been planned and, despite the pandemic, many still hope they can be completed in the coming months. For farmers and others involved in the cross-border flow of agricultural produce much hangs in the balance.

The fixed end date of the transition period means there can be no putting off the negotiations with Europe (an extension may be requested, but the British government has for the moment ruled this out). Talks have therefore pressed on, most recently by video conference.

At stake is a continuation of the status quo – or, at least, a continued traffic in exports and imports without the kind of checks, tariffs and quotas that WTO regulations would bring.

Those tariffs, should they be called for, would be calculated in the event, though farmers already know that those in the agricultural sector would, in the phrase of the Confederation of British Industry, be ‘significantly higher’ than the overall goods average. Equally well-known is the variability of likely tariffs within the farming sector – red meat lying at the top end of the spectrum. Further charges associated with the movement of goods (such as for border checks on product standards) would for many be equally taxing.

Such a sweeping influx of trading expenses would leave no British agricultural sector untouched. Historically prominent EU imports (such as Irish beef or Danish pork) would inevitably fall back, as would the counterflow of UK exports. As resulting problems of over- and undersupply were resolved, and new markets were explored, production levels and producer prices would over time have to adapt accordingly.

It is a scenario that, to date, both the UK government and the EU have expressed a preference for avoiding; though both are now experiencing difficulties in agreeing on how. Many of these difficulties hark back to the original Brexit debate.

In particular, the EU has stipulated that certain rules (on fair competition) and standards (on social and environmental welfare) be held in common, to form a ‘level playing field’, between the parties. And, while the UK does not anticipate diverging from those rules and standards, it insists on retaining its right to do so. There persists the principle that UK trading policy cannot be subject to the dictates of European authority (embodied here in the European Court of Justice).

It is a big gap to bridge. It is conceivable that a compromise solution might be found; but compromises of this ilk take much hammering out, and time is starting to look very tight.

It is even tighter for the US trade talks schedule. These have in fact yet to get officially under way, the timetabled March start date having been postponed by coronavirus and not so far revised. But any delay now runs the risk of losing, in the November election, the participation of a sympathetic president – whose mandate to lead negotiations (under the terms of the Trade Promotion Authority legislation) in any case falls due for renewal next summer.

For the USA, a major deal with an independent UK would aim to lift trading activity to a level far beyond that possible with an EU member state – or, indeed, any other non-privileged nation.

The implications of this for British exports are significant: in terms of agricultural produce, Welsh lamb, English beef, sheep and dairy and Scottish salmon and specialist meats could all face new, potentially vast, markets.

It is the anticipated import side of the deal that has raised some early UK concerns – not least among farmers. A surge in industrially produced food imports would not only likely undercut the price of much domestic produce but also require an acceptance of unfamiliar animal welfare and food safety standards. As things stand currently, any trade deal that grants widespread access to UK markets for US food produced to different standards will meet heavy resistance from UK farming stakeholders. For example, an NFU petition calling on the UK government to ensure any food imports meet UK production standards very quickly achieved nearly a million signatures, and was endorsed by major celebrities such as Jamie Oliver.

The UK government has in fact already stated that it ‘will not compromise’ on the issue of these standards (just as it has ruled out relaxing the regulations protecting the prices paid for NHS drugs). If it is serious about these and other positions, there may be little room left in which the Americans feel they can do business.

As with the impasse in Europe, a compromise may yet be found. Here, such work would have to include finding areas where the UK’s independent food production guidelines might be reconciled with the American ‘science-based approach’ – even if these do not extend to acid-washed poultry carcasses or GM-based foods.

It is perhaps no coincidence that the issue of standards has emerged as a sticking point in both sets of trade talks. On the one hand, the UK is reserving the right to diverge from the standards expected of it by the EU; on the other, it is declining an explicit disavowal of EU-type standards simply for the sake of securing business with America.

There is a strong sense of two balls being kept in play at the same time – with the obvious risk that both may end up being lost.

Meanwhile, the ongoing pandemic is making the act of negotiation itself difficult to the point of impossible. If it doesn’t serve as a welcome excuse for all parties to tear up their timetables (and to invoke that extension of the EU deadline), it might tip the United Kingdom into a commitment to no major deal at all.