A DIVERSIFICATION SUCCESSS FORGED BY UNDERSTANDING AND WORKING TOGETHER 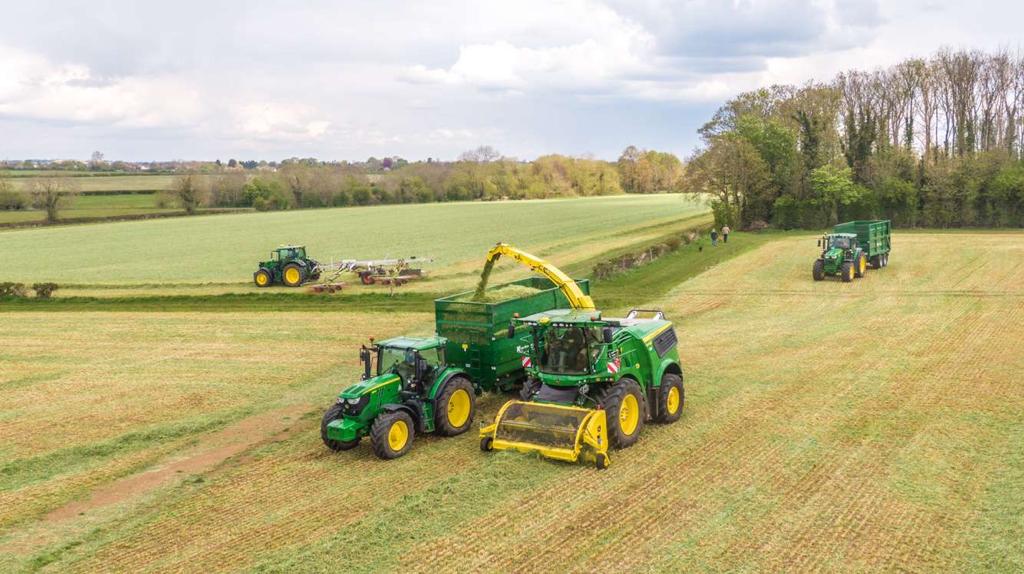 A cautionary note sometimes given to farmers thinking of diversifying is to make sure they don’t take their eye off the core business and spread themselves too thinly. Such an error was never going to be the case for one Buckinghamshire farm business, who have not looked back since combining their beef and arable enterprise with a highly successful contracting operation.

Finishing around 500 head of Shorthorn and Charolais cross suckler beef cattle per year, Hill Farm near Aylesbury practices a mixed arable rotation of winter wheat, winter barley, spring barley, maize, and grass. Although the farm is now a sizeable concern, 20 years ago brothers Chris and Peter Rand – together with cousin Richard – felt it was insufficient to support their future families, so additional work was sought: and contracting was a logical choice.

In the early days of the new venture, work was confined to foraging silage for neighbouring dairy farms; but that soon expanded to whole crop and maize, taking in all aspects of contracting work; including fencing.

Chris believes the success comes from working with the farmer.

“We like it when the farmer is present when we are on farm. It gives us chance to see if there is anything specifically, he wants. It makes all the difference. In many ways we try to give our customers the same standard of service and advice we expect from our suppliers. You can only be expected to be treated by people as you treat them yourselves,” says Chris.

If, for example, customers are having problems with their silage heating up or becoming mouldy, if appropriate Chris and his team will offer clamp management tips. Being on so many farms give them a good insight into the problems that can occur and the remedies most likely to work.

He cites his dealings with Bright Maize as a good example of working together. Chris met the company’s Richard Leach a few years ago, and a good working relationship ensued. Separate from the forage-contracting of 3000 acres of maize, the farm actually grows in excess of 100 acres in its own right; fed in a Total Mixed Ration (TMR) with grass and rolled barley (cattle near finishing receive some additional soya). Much is asked from the on farm maize acreage, not least because evidence of a thriving crop is a helpful advertisement for the contracting side.

The enterprise also exemplifies maize as an important forage-component for fattening beef cattle. Most commonly associated with diary herds, maize is increasingly being used on beef fattening units where target weights and finishing times are pivotal to profitability.

Early vigour, starch content and stay-green are the priorities at Hill Farm, whilst at the same time striking a balance between early maturity and yield.

“Bright Maize’s approach mirrors our own in that it embraces new technology – from selecting the right varieties to determining optimum drilling and harvesting dates, and everything else in between. We are also impressed with the importance it attaches to investment in people. Staff training is a top priority for them – and there is no substitute for presenting a team that is technically competent and informed. Good communication is also vital to their success,” says Chris.

This year Hill Farm has moved from Mas Seeds highly successful forage maize variety 17E to its successor, 16B. Looking exceptional in trials, 16B can be grown in any soil type and has excellent early vigour, stay-green and digestibility credentials. On the advice of Bright Maize, the population planted for part of the maize is reduced from 42,500 seeds per acre to 38,000 per acre so that the harvesting date and yield of the two rates can be compared. It is anticipated that the lower seed rate will harvest earlier with little, if any, yield sacrifice.

A new development for Hill Farm on the machinery front this year is the introduction of John Deere’s HarvestLab. Through near-infrared (NIR) spectroscopy, this latest technology analyses various constituents within harvested crops, including silage. It automatically adjusts cut-length based on the dry matter content of the crop being harvested. The device can be used as a laboratory unit at a storage facility or office, allowing accurate feed rationing and livestock health. Deploying the same principles, it can also be used for slurry application.

Chris says it will enormously benefit the contracting operation, showing a willingness to invest in customers: going the extra mile.