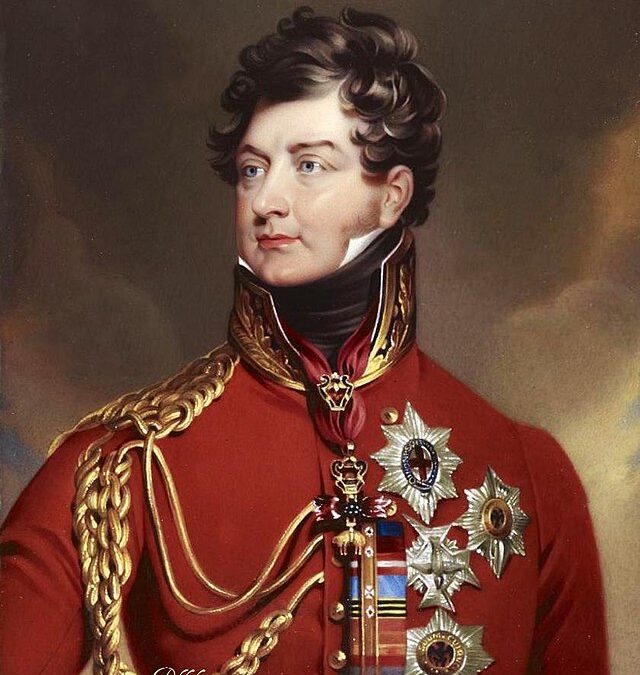 Those worried about overindulging during the festive season might take solace from discovering the opulence of their forbears. Bright Maize takes a look at the culinary splendours enjoyed by some in the Regency period

As Christmas comes around once more, it brings with it the reassurance of familiar traditions, and of customs handed down through the generations. So much of the Christmas experience – from the holly and the ivy to the swapping of gifts before a roaring fire – has remained the same for centuries.

Though not all of it. And there’s one side of the festivities – the food and drink – that over the years has changed more than any other. To get an idea of just how different from today’s fare an older seasonal spread could look, let’s take a trip back in time – by two hundred years – for a glimpse of a typical Christmas dinner in one of the wealthy households of Regency England.

It would have been no cosy, intimate gathering. These were fully-fledged banquets given for the benefit of friends and family – and socially important neighbours – alike. And such a Christmas dinner would start late (at around six or seven o’clock), lasting long into the night through an extended series of courses.

This was, two hundred years ago, an important novelty: the idea that the different elements of a meal should take the form of sequential ‘courses’, rather than – as had long been the norm – everything being laid out at the same time, in a great jumble, for diners to help themselves to as best they could.

The new style of individual, successive plates, served to guests by attendant footmen, was being pioneered at court by the Prince Regent’s French chef de cuisine, Marie-Antoine Carême; and it was quickly copied in the grand houses.

And there was no surer sign of a grand house than an opening course of turtle soup.

Not the notorious ‘mock turtle’ soup of the Victorian period (which was made from calves’ heads). Real turtle soup used green sea turtles, shipped live from the Caribbean to be butchered and cooked in the kitchens of affluent Europe. Lemons, spices, Madeira wine and asparagus would all go into the creation of this most prized of delicacies.

The creatures in question are now a protected species – a result, partly, of the mania for their meat that began in the eighteenth century but which continued, especially in North America, well into the twentieth.

Fish would follow soup; but any guest saving their appetite for turkey would likely be disappointed. It’s not that the birds were unknown in Britain – having been brought back from the New World in Tudor times – nor that they weren’t sometimes roasted for Christmas dinner. It’s more that, until the nineteenth century, most people preferred goose – or, if they could afford it, roast beef.

Beef was considered the quintessentially British roast (with ‘beefeaters’ a slang term for the British long before its association with the Yeomen of the Guard). And the uncertain course of the Napoleonic Wars in Europe (until 1815) made the national dish a self-conscious favourite with Regency nobility at Christmas no less than throughout the year.

The cut would have been the famous ‘baron’ of beef: that is, the entire rear section of the animal, including the double sirloin straddling the backbone.

The principal roast (for there would have been others) would not have arrived piping hot. Almost all the food at a banquet such as Christmas would have been served cold or at room temperature – a factor of the long distances that typically separated kitchens from dining rooms in great houses.

Of all the side dishes, the most spectacular was without doubt the so-called Yorkshire Christmas Pie. This was the original bird-in-a-bird idea; and may well still be the ultimate. Simply stated, a pigeon was put into a partridge, which went into a chicken which in turn was stuffed into a goose, the entirety then going into a turkey (all the meat having been first boned and seasoned).

And that was just the start. Pieces of jointed hare would then be packed around the birds and, the full assembly going into a mighty pastry pie case, the interior would then be topped up through a funnel with calves’ foot jelly before the whole thing went into the oven for cooking (for four hours).

Plum pudding (‘plums’ being an old word for raisins) was another traditional accompaniment to roast beef – though the aforementioned new fashion for separating meals into series of separate courses would eventually help redefine the pudding as a dessert destined for the end of the meal.

And there was, of course, no shortage of desserts proper. Syllabubs were a particular favourite in the Regency era: thick cream whipped with wine or cider and flavoured with oranges or lemons. These latter might have come from the hothouses that the very wealthy had installed in their grounds – the source, besides, of such exotic novelties as figs, grapes and pineapples.

Landowners, in fact, generally found that, the more they could draw on the resources of their own estates, the better. Home-reared livestock was much preferred to any meat that might be sent up from Smithfield or other markets. And, from the end of the eighteenth century, seed catalogues published by the French plant producer Vilmorin-Andrieux vastly expanded the range of vegetables that could be grown in British kitchen gardens.

To drink, then? Rich red wines, such as claret, accompanied all meals; as, especially at Christmas, did spiced punches and mulled wines, thick and sticky for having been reduced over heat.

Sugar, finally, was believed to aid digestion. Hence, alongside the port, liquorice and candied spices would be consumed to conclude the meal.

At which point, quite possibly, a collective groan of relief that it was all over.

Regency Christmas fare was as full-on as it was festive; and it was definitely not for the faint-hearted.