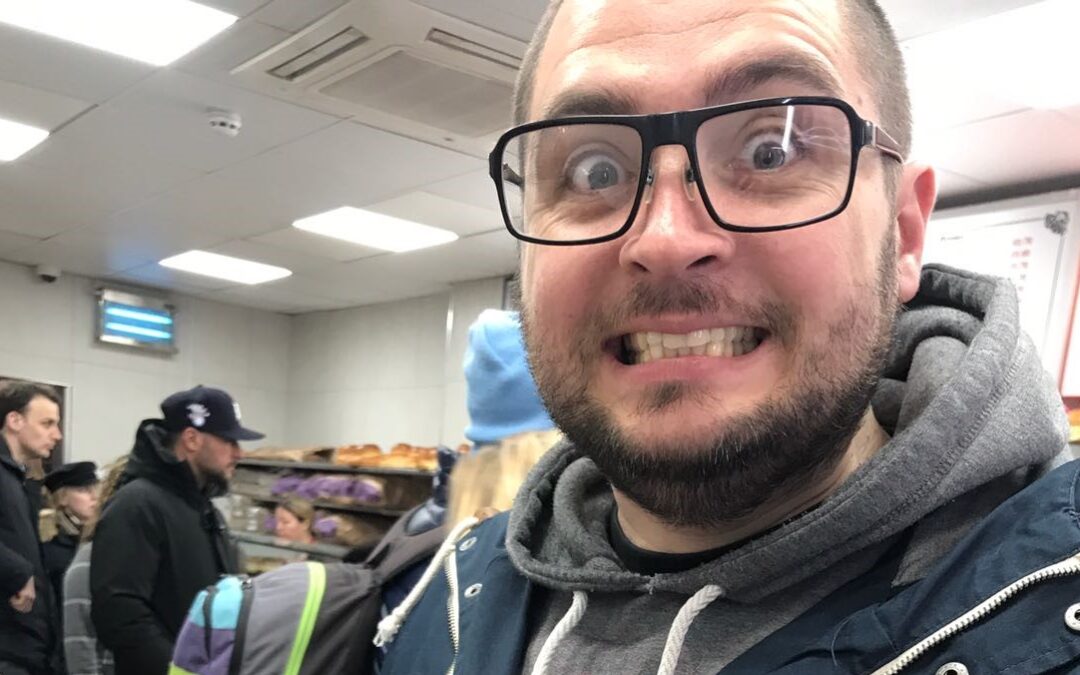 Last November, Bright Maize was a sponsor of The Carbon Conference which sought a premium for those producing food with a relatively low carbon footprint. Ben Williams, Sustainability Manager at Glanbia Cheese, Ltd, was one of the guests, and Bright Maize caught up with him to gauge his current thoughts on the carbon story. We began by asking him to summarise what Glanbia, for their part, is doing to decarbonise the dairy industry.

Ben, Glanbia Cheese is on the road to carbon neutral. What does that look like? What sort of things are you doing to get there?

Well, first of all we’re measuring. That’s the most important thing. If you can’t measure it, you can’t manage it. So, we’re carbon auditing across our farms: we’re looking to get at least 10% of our farms audited each year and to roll that over a three-year cycle.

Then, once we’ve started to measure and we know what the embedded carbon in our products is, we can look at how that feeds through to supply chains, and we can tell our customers – as often as meets their reporting needs – how much carbon is embedded in the products that we supply to them.

What about changes of practice?

At Glanbia, we are focusing on three key areas – three pillars around production, as it were. These are feed, fertility and fertilizer.

In terms of feed, we recently announced a total ban on soya in contracted dairy farm feed as of 2027. I’d expect that to drop out about 7% of the carbon footprint. Not only that, morally it’s the right thing to do within dairy diets, in my opinion.

In time we’ll also be looking at shifting palm but, obviously, one step at a time. We’ll also look at bringing in more low-carbon co-products into diets. That’ll mean less intense production on cropland. It’ll also mean that we take another social problem – food waste – and cycle it back into another useful product coming back out.

In terms of fertility, it’s about making sure we’re not pushing for yield at the cost of longevity. So we want to wait until our cows have yielded back enough output to offset the carbon they cost to get them into production. We’ll keep significantly fewer heifers at foot; and we’ll make significantly more use of beef sexed semen because we know that dairy beef has a significantly lower carbon footprint than suckler beef.

In terms of fertilizer – or manure management – that’s everything from investment in anaerobic digestion systems to direct funding of investigations into alternative fuels from manures. It’s about making sure that people have a functioning nutrient management plan that is utilised. And it’s about looking at regenerative techniques, at using microbes to enrich slurries, at technologies such as the N2 Applied system, and shifting away from artificial fertilizers as much as humanly possible (and, of course, as economically possible).

You stress the economic feasibility.

We can’t lose sight of it. All of the strategies we want to use are built on Elkington’s Triple Bottom Line principle of ‘profit, people, planet’ – in that order. Everything from AD, enrichment of slurries, shift in feed, all of it has to be treated from the point of view of: where is the financial return as well as the environmental?

Because if we cripple our farm supply chain financially in the pursuit of sustainability there is no supply chain.

I’m by nature quite a cautious human being. I come from the pig industry so I’ve seen how fragile agriculture and primary production can be. The last thing we want to do is knacker the very foundation of what we do.

How, then, drive successful change right across the supply chain?

We’re looking at a concept derived from Nudge Theory called ‘reset’: that stands for regulation, economics, social pressures, education and tools (or technology).

Take the soya question. The tools, or technology, would be alternative diets that already exist. We’ve spoken to five of the major feed companies that supply into our supply chain and they have the diets ready to go.

The next stage is to educate farmers and make them aware that the diets exist. So we’re bringing those feed companies in front of our farmers at various events and encouraging the farmers to get in touch with them.

Glanbia would then start to pay small numbers of farmers to shift directly to soya-free diets as of this year. And they’ll become our social advocates. They’ll talk about the pains, the gains, the hopes and the fears; and they’ll demonstrate that it is possible – or, more importantly, and because not everything works first time, how to make it right when it fails.

Then we’ll spread the economic incentive. We will directly pay the per ton difference for those soya alternatives. We will pay the farmers to make the difference.

And that’s where it starts to become interesting; when we can demonstrate to the supply chain that the change will bring finance back down – though there is always that lag between making the investment and pulling it back from the supply chain. But we’re willing to do it for the farmers because it’s the right thing to do.

And then we’ve made a start, and it’s a start we can quantify and communicate. But the money then has to come from the supply chain to keep it going.

Finally, the bit that nobody likes: regulation. In the case of soya, by 2027 it will become part of the right to supply. If you don’t comply we will take the right away.

So you’re coming in with a wide range of interventions.

And everything we’ll be doing – everything from microbes through to alternative fuels, different mixes of economic or educational stimuluses, just finding the tools and technologies (if they even exist) – all of those will be different for each and every intervention. Sustainability and the road to net zero is immensely complex.

How far can the government be looked to to help drive change?

My worry is that easiest thing to legislate is the off-shoring of production – and emissions with it. I wouldn’t want to say that our government is prone to doing that but… If we look at trade deals, it doesn’t offer a huge amount of reassurance.

And if you look at government sound bites, they tend to follow the track of public sound bites, such as ‘What’s one simple thing that you can do? Cut back on meat and dairy’ – and actually we know that that’s nonsense. Because it’s incredibly complex.

You know, if you switch out animal agriculture – as it stands – from society, you’d be losing not only all those strange and wonderful components that go into other industries, from heart valves to wax crayons, but also our genuine contribution to the power in people’s homes, to the fuel in people’s cars – and the road to net zero. I mean, if you want to buy green gas certificates, it’s coming from anaerobic digestion which is in part fuelled by livestock slurries. And the co-product industry recycles huge amounts of food destined for landfill.

I think there’s too much oversimplification both from government and from what’s being offered to the consumer.

So what can a business like Glanbia do to educate its customers?

I want to integrate our farmers and Glanbia customers more into buyer groups – groups to contain not just sustainability people like myself but marketing teams, procurement teams, buyers and so on. There’s no point in me saying to my sustainability counterpart somewhere that ‘we should all do this’ only to have their procurement team phone up our sales team to ask ‘what’s the cheapest price you can give me for your mozzarella?’ That’s a complete waste of everybody’s time.

Education is definitely key – but then all the way out to the consumer. And I think if I’m going to give someone the figures that allow them to put a number on a box that says ‘this is the carbon footprint of your product’, there has to be something else. There has to be a story that goes with it about what that number means.

So if we put a five or a ten or whatever it is on a pizza box, there should be a QR code that also goes on that box that actually tells the story of the fuel in your car, the power in your home, the recycling of food waste, the incredible countryside being managed: all of that narrative has to link into that number.

Because, like anything in life, and as I began by saying, you have to know why you’re making an investment and what the consequences are.