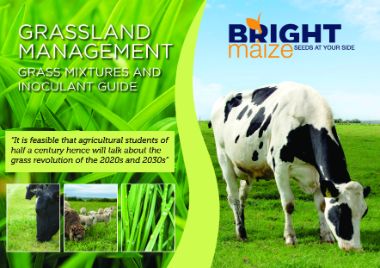 Bright Maize’s objective is to provide Mixtures that are up-to-date and relevant to the trends and demands of UK agriculture. To do this we partner with some of the finest grass seed producers in the country in order to offer competitive and viable mixtures that will help maximise farm returns. In conjunction with our wide range of maize varieties, Bright Maize has all your forage needs covered. 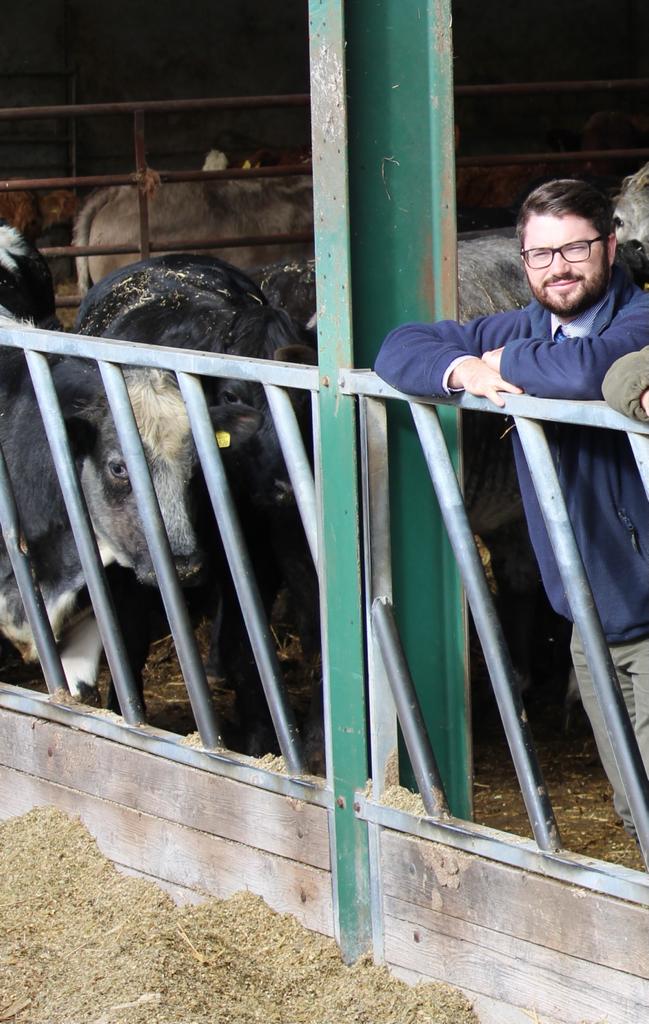 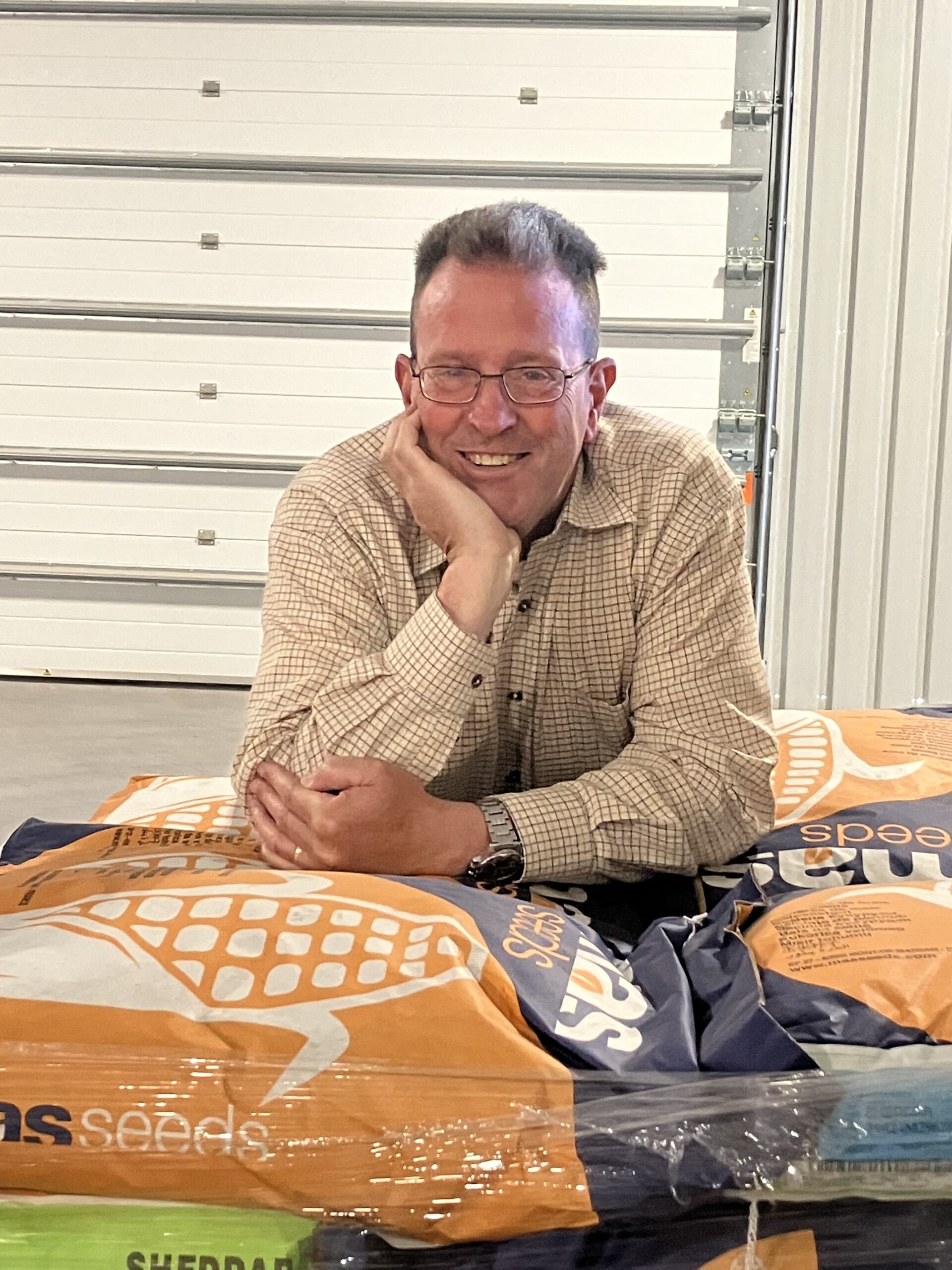 Product bonus – this mixture is also suitable for Horses

Product Bonus – Chicory and Birdsfoot Trefoil both have anthelmintic properties

Herbal Pack Plus Chicory and Plantain

Product Bonus – Chicory and Birdsfoot Trefoil both have anthelmintic properties

Bright Maize is also able to offer the following straights:

These can be used to over-seed an area to rejuvenate a ley or be added to any of the Bright Maize mixtures. If weeds are a problem, then they can be sown after a new ley has been established and the weed burden has been managed.

Both Red and White clover:

The Challenge for Grass

Considering it takes 15-20 years to breed a grass variety, a crystal ball would be very handy. But in its absence, the direction of travel is clear: apart from producing varieties with ever improving yields and digestibility; breeders are having to factor drought tolerance, disease, and pest resistance into the equation as our climate changes.

Nitrogen fixation and biodiversity is now a major consideration for grass swards, and accordingly clover inclusion, typically red and white clover, has increased significantly over the last five years. This is also pertinent to reducing synthetic fertiliser costs, which have spiralled this year. Such mixtures can also contain ‘lifters’; i.e.; species that have deep or extensive roots that lift trace elements and are more drought tolerant. It is easy to see, therefore, why farmers are planting a greater number of biodiverse mixtures (and in the process attracting a more diverse population of insects).

More farmers are overcoming the downside of clover – i.e., that it restricts the range of herbicides that can be used – by first planting a non-clover mixture, allowing the weeds to develop, and then spraying them off before stitching clover into the established ley.

Grass will have an important role to play in the PR battle that undoubtedly lies ahead for our livestock farmers. With consumers receiving a constant stream of information saying farming is having an adverse effect on our environment, future grass varieties will be part of the fightback. As mentioned, deeper rooted pastures with strong drought resistance will be part of the armoury in combating climate change. Grass is a staple of UK agriculture – a situation unlikely to change given recent food supply chain problems.

In meeting the demands ahead, the track record of this country’s farmers is second-to-none – evidenced by our food being recognised as among the best in the world, produced to the highest environmental and welfare standards.

Lucerne is one of the oldest forage crops on the planet, with usage dating back over 4,000 years. In fact, Roman armies carried Lucerne with them to feed their horses wherever they settled.

It produces high quality proteins, 18-20%, with good energy content, whilst being a more than suitable match for maize. With the current prices of both fertiliser and raw materials being at an all time high, Lucerne can be a profitable and sensible way of feeding your stock.

Our new variety, Nutrix Max is already dressed in an inoculant.

It is vital to get the correct plant population the first time around as patching up an established crop doesn’t usually work. When sown in the spring, it is important for the crop to flower in the first year of sowing. Some people plant a light sowing of Spring Barley with the crop, so the first cut will be a mix.

In general, Lucerne does not require Nitrogen during establishment or thereafter, this is because it’s a legume and is able to fix nitrogen into the soil for its own use. It will also leave residual nitrogen for use by subsequent crops. However, if the Lucerne is following a particularly hungry rotation (e.g., cereals) a small quantity can be beneficial.

If slurry is applied before drilling this usually provides sufficient nitrogen in organic form but note that excess nitrogen application will inhibit root nodulation and reduce the Lucerne’s ability to fix nitrogen into the soil.

This website uses cookies to improve your experience while you navigate through the website. Out of these, the cookies that are categorized as necessary are stored on your browser as they are essential for the working of basic functionalities of the website. We also use third-party cookies that help us analyze and understand how you use this website. These cookies will be stored in your browser only with your consent. You also have the option to opt-out of these cookies. But opting out of some of these cookies may affect your browsing experience.
Necessary Always Enabled
Necessary cookies are absolutely essential for the website to function properly. This category only includes cookies that ensures basic functionalities and security features of the website. These cookies do not store any personal information.
Non-necessary
Any cookies that may not be particularly necessary for the website to function and is used specifically to collect user personal data via analytics, ads, other embedded contents are termed as non-necessary cookies. It is mandatory to procure user consent prior to running these cookies on your website.
SAVE & ACCEPT