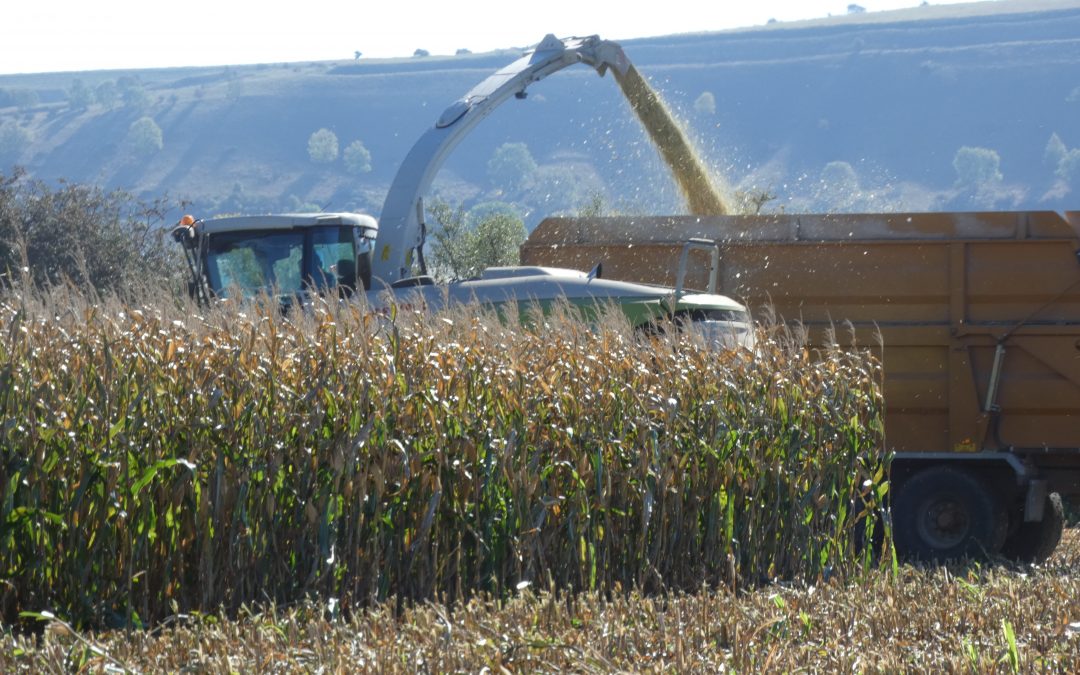 With the unusually warm weather, followed by the current extremely wet patch, Farm Zone has produced an overview of the current state of the 2019 maize harvest:

The maize harvest started on time… but for many was delayed

The maize harvest was widely predicted to happen early this year, but in reality it started at about the same time as last year, largely due to the weather. Over the first three weeks of September, the crop dried down very quickly, so farmers – who mostly look for an optimum dry matter content of 32% – got going. Yet, now the weather has broken there has been a delay. When the recent rains started there was probably 60%-plus of the crop left to do – and for those who took advantage of the good weather in early September: they did well to do so providing the crop was in the right condition. 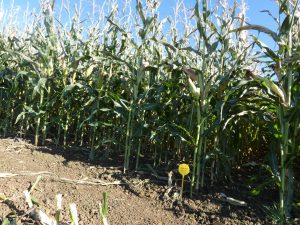 Yields up slightly on last year

Yields are up on last year – by about 10% – which equates to around 1-2 tonnes extra per hectare. The reason for this is that the crop is a lot more uniform. Last year, there was a lot of rain in the spring, meaning much maize was planted under rushed conditions. The result was a poor seedbed, with moisture present mainly in the topsoil, rather than down at the deeper levels preferred by maize seed. This year, maize has benefitted from much better seedbeds, with much more well dispersed moisture. This has led to more uniform germination. The effect of this is visible to the naked eye. In last year’s crop, when looking across a big field of maize, it was possible to see the highs and lows of the crop, where it didn’t quite germinate as well as it could have done. This year, it’s been rare to see visible variance in any maize crop.

Seed treatments are up for review this October. The general feeling among many farmers is that Sonido is likely to be banned. But this will not be a problem as long as farmers get their rotation in order, ensuring they don’t follow long-term grass with maize. Another interesting one is Mesurol, which was banned in Germany earlier this year. The feeling has been that it would also be banned in the UK, but some are now saying there may be a small window of opportunity and that there may not be a ban after all. However, to avoid being caught short, farmers should be prepared for the eventuality of a ban. If Mesurol is banned, farmers should consider drilling later, as well as using an earlier variety of maize.

Government environmental policy tends to be unsympathetic to maize and to maize farmers but, while this is a worry, it is not a major problem. The issue for the government is that, after maize is harvested, fields are left bare. If there is then a lot of rain, run-off takes the topsoil with it. This then goes into the main drains, and it carries nitrogen and phosphate into the water supply which then needs to be removed by the Water Board – an expensive process. The way to combat such topsoil erosion is to use cover crops to retain nutrients and hold the soil together. You can plant certain crops after maize – such as a radish-based catch crop – that will help lock the nitrogen in the soil. The benefit of all this to the farmer is that, if you grow maize again the following year, there is a better and more structured seedbed. Another good trick is to put in a very quick crop of grass forage before the next maize crop. This also stops soil erosion and improves structure. And, of course, you get an extra crop of grass. 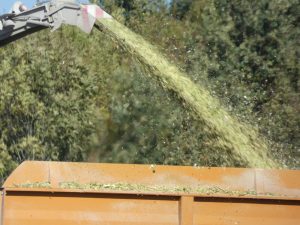 Inoculants – are they necessary for maize?

It is estimated that over 70% of maize growers use an inoculant, so take-up is quite widespread. Many farmers choose to use an inoculant because the crop is particularly susceptible to aerobic spoilage, and a proven inoculant such as Maize Extra from Bright Maize can inhibit the growth of yeast and moulds whilst improving aerobic stability, digestibility and feed value. Compared to the significant value of forage maize – typically over £40 per tonne fresh weight – the relatively inexpensive cost of inoculant makes it an extremely viable insurance policy.

It is interesting to note that maize harvest yields are up in spite of the increased incidence of the European Corn Borer, which is a moth that lays eggs under maize plant leaves. When the eggs hatch as caterpillars they go through the leaves and head towards the cob. Ultimately, they get into the stalk and cause it to snap halfway up. There has been a much higher incidence of the European Corn Borer this year than previously due to the mild hot weather, though it hasn’t stopped yields exceeding last year. The way to deal with the problem is to lower the level of the stalk when harvesting – cutting as low to the ground as possible.