MAIZE VARIETIES: INFLUENCES AND TRENDS IN 2022 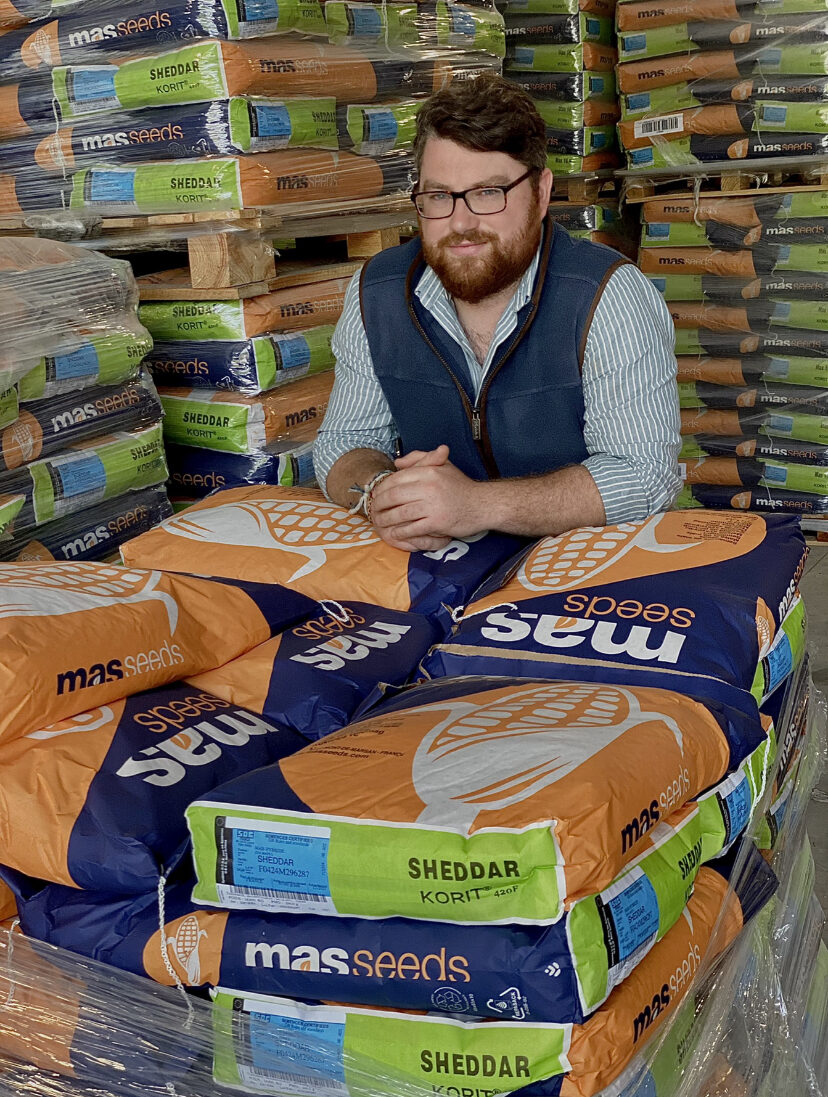 Not that it has been for a long time; but the one thing 2022 has told us beyond doubt is that farming is no longer a pitch fork industry.

There has always been debate about what people like me should call themselves. Ranging from the rather unflattering description of rep. to some of the most grandiose titles that fool no one, least of all farmers. The term salesman will inevitably feature among the many tags, but this too has to be treated with a degree of caution.

Sales should really be taken as a given, without it the economy would grind to an abrupt halt – and the role of selling features to some extent or other in everybody’s role. Whether it’s the person answering the telephone, the individual in the warehouse or the driver who delivers the goods, all play a part in generating a positive vibe that will encourage you to buy from the company.

Perhaps the label that best describes those of us who discuss inputs with the farmer is specialist. A conversation with today’s farmer – especially when in business mode – is likely to reveal an agricultural-graduate who is well attuned to asking the shrewd question to glean the pertinent information. In other words, anyone in the agricultural supply industry today has to be on the top of their game; and not only do they have to be a specialist, they also have to specialise. Career prospects for the Jack of all trades are not good.

Maize has to compete with its alternatives when farmers decide which feed crop to grow. Of the spring-sown options – increasingly the preferred choice over winter-sown because it permits a follow-crop – maize has to earn its place.

This year, for example, spring barley has looked attractive due to its growing costs relative to its high sales value (approaching £300). But maize – particularly where it is established as part of the forage mix – usually wins the day; not only because of its high feed value and complementary qualities for grass, but because it is optional-spraying and fast establishing (making it less susceptible to weed burden). Maize also is a first-rate break crop for cereals.

The trend towards earlier varieties continues, and while yield features, it is seldom the first consideration. The impact of Environmental Land Management Schemes (ELMS) has made a pre-October harvest a must for most in 2022, with digestibility, early vigour and disease resistance all key to the purchasing decision.

Nowadays, an arbitrary mention of starch level is typically insufficient. Invariably, farmers will want to measure the starch content relative to the revenue it will generate through an uplift in milk sales. Only this way can you, for example, justify the extra cost that might be attached to one variety over another.

Early vigour – always a prominent factor – has heightened significance since the banning of Mesurol as a seed treatment: the emphasis firmly now being on getting the crop up and away from bird damage. In line with this, drilling depth will become a necessary area of research over the next year or so, and specifically its effect on emergence, establishment and yield. The narrowing choice of seed treatments has been accepted as inevitable by the majority, who are ready for the challenge it presents; and drilling depth will undoubtedly be an important aspect in overcoming the obstacle created by their absence.

This year will also see a higher proportion of growers moving from 70cm to 50cm row spacing. While around 20% have adopted this approach to date, it is likely to increase substantially as more farmers see the benefits of a more even crop due to the plants not being so close together. Ensiling a crop of similar consistency across the field has shown to help fermentation and stability in the clamp. There may also be some yield benefits, but this is currently the subject of trial work.

What is really apparent over recent years is that the farmer now uses the internet as a management tool; and it is usually the first port-of-call. Therefore, suppliers should properly invest in their websites so that accurate and up-to-date information can be accessed easily – presented concisely and clearly.

Rather than a face at the door or a voice on the phone, the internet is often a company’s first introduction to the farmer.

From its initial breeding to its feed-value as a forage, there are many influences governing successful maize production. The intricacies of the crop and the demands placed on it by the modern farmer are a good insurance that it will not become a commodity – and this is good news. Matching the variety to suit the circumstances is essential to successful maize production: there is no place for a one size fits all, a point clearly understood by the vast majority who grow it.