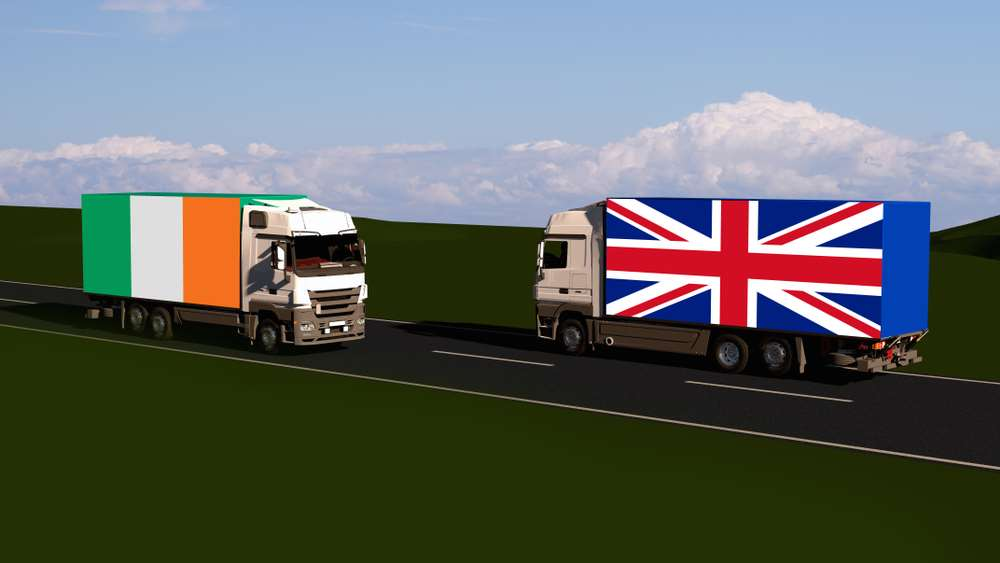 As UK farmers adapt to post-Brexit trade deals with the EU and others, it seems that supply disruptions – for the most part at least – have been navigated with relative success: the Northern Ireland Protocol, on the other hand, continues to be problematic. Here, Bright Maize looks at the ongoing challenges it presents.

When the EU-UK Trade and Cooperation Agreement was eventually signed at the end of December 2020, there were sighs of relief all round.

But the avoidance of tariffs and quotas was only ever going to be part of the story. Two days later, on 1 January 2021, the EU introduced full customs control; and the UK committed itself to a phasing-in of controls over the subsequent months.

The result? From the off, a new world of export declarations and certifications, of ID numbers, vets’ stamps and physical inspections at checkpoints – and this even before the UK exacts its full suite of reciprocal requirements on European imports (currently timetabled for completion this summer).

According to figures put together by the Office for Budget Responsibility, the fall-off in trade between the UK and Europe last January was precipitous (45% for UK exports). Even separating out the problems of the pandemic and of lorry driver and other labour shortages, the drop is still estimated by the OBR at around 15% as of the middle of last year.

Food exporters have experienced the worst of it. As Dominic Goudie, head of International Trade at the Food and Drink Federation, told the BBC last summer, ‘Trade that would take 12 hours in the past can now take a day or even a week. If you lose two or even three days it takes a big chunk out of the shelf life of the product, which makes the trade itself less viable.’

Arguably, of course, it is still early days. It was always going to take producers and retailers time to adjust to new, if onerous, practice. And such, supposedly, was always par for the plotted course; a price worth paying, in fact, for freedom from the more deeply cutting constraints of existence within the European political bloc.

If there is one issue, though, that continues to distract from a truly post-Brexit sense of the future, it’s that of the Northern Ireland Protocol.

The riddle of how to factor the UK’s fourth – and only non-British – constituent country into the trade dynamics of the new European order all but defeated negotiators in 2020 and remains, perhaps even in its essentials, unsolved.

It depends, after all, on having two mutually exclusive events – a border and no border – in the same place at the same time. How divide by an inspections frontier two territories between which, for sacrosanct political reasons, there must run no physical boundary?

The ‘exceptional solution’ (in the words of one negotiator), could only take the form of a paradox: that Northern Ireland exist simultaneously as a country outside the EU and yet one whose product standards are peaceably continuous with those of its European land neighbour.

The reality on the ground is less elegant than the concept on paper. To move goods from Great Britain into Northern Ireland is effectively to export them to the EU – via the bothersome and time-consuming checkpoints at Belfast International Airport, Belfast Port or a handful of other approved Points of Entry.

There has been some effort to temper the worst of the exporter’s aggravations. The government’s Movement Assistance Scheme, for example, reimburses the inspection and certification costs now incurred by moving animal and plant products to Northern Ireland. The scheme is scheduled to remain in place until the end of 2023.

And the Authorised Trader Scheme exempts, for the duration of an indeterminate ‘grace period’, certain established British food suppliers to the Northern Irish market from the the full complexities of export certification – providing other conditions (such as attaching ‘These products from the United Kingdom may not be marketed outside Northern Ireland’ labels to all goods) are met.

Such schemes are scant consolation for British businesses left overwhelmed and ‘incredulous’ by the sea-change. One Essex-based nursery plant retailer talked recently of ‘very nervous’ couriers, ‘overzealous’ customs officers and, in his own case, a dent to last year’s revenue of between £250,000 and £500,000.

The story, though, is far from over.

In July the British government announced to the EU that the ‘burdens’ on internal UK trade imposed by the Protocol had been judged unsustainable and that new, fundamentally revised terms would have to be found if the Protocol were to survive at all.

The subsequent proposal from Brussels, published in October, envisages, among other things, a ‘vastly simplified’ and reduced (by about 80%) requirement of checks in the arena of public, plant and animal health and an approximately 50% reduction in the quantity of customs declarations needed for British goods moving into Northern Ireland.

The European Commission also proposes the setting-up of a dedicated conversational framework – for the sake of ‘enhanced engagement’ – between it and the authorities, businesses and ‘civic society’ of Northern Ireland.

A deal to be shaken on? There remains, for the British government, the sticking-point of the adjudicatory role of the European Court of Justice – from whose authority in any sphere a post-Brexit UK prefers to consider itself entirely free.

The outcome of the Protocol talks could yet go either way. The EU continues to punctuate its generally conciliatory demeanour with reminders that on certain key points (such as the involvement of the ECJ) it remains immovable. The UK insists on the promise of unexplored ‘possibiities’ while never fully relaxing its grip on the lever of Article 16 – the exit mechanism that could see the end of the Protocol.

It’s the kind of cliff-edge scenario all too familiar from just over a year ago.

‘Get Brexit Done’ was the slogan widely credited with securing the current government’s comfortable victory in 2019. If the Northern Ireland Protocol testifies to anything, it’s that certain things are, after all, easier said than done.