AGRICULTURE IN NEW ZEALAND – WHAT MAKES IT TICK? 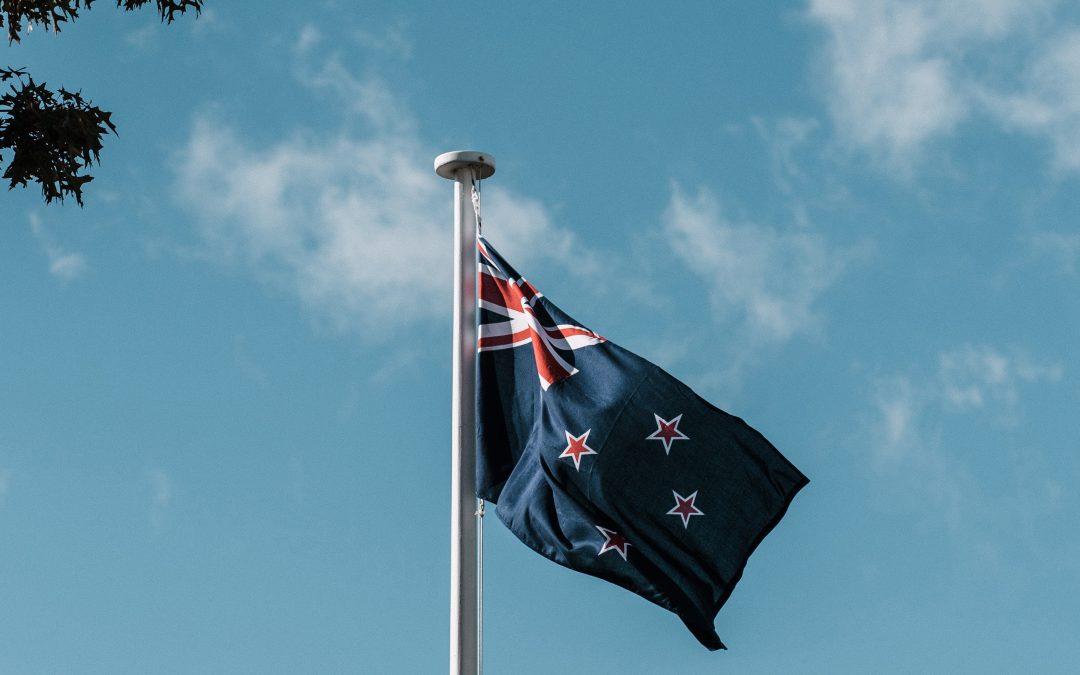 Farm Zone spoke to Ben Dolbear – a technical specialist with Bright Seeds – to hear his views on agriculture in New Zealand following a recent month-long visit to the country.

Farm Zone: Why did you visit New Zealand?

Ben Dolbear: As an agriculturalist, I’ve always been keen to visit New Zealand because of what I’ve heard about how vibrant the agri-sector over there is. Me and three friends, all in agriculture, were able to take a month off at the same time to go and visit. We realised we’d never get the opportunity again, so we did it. We flew out to Auckland to visit another friend of ours, who is originally from near Salisbury, and is currently in New Zealand working for a foraging contractor. After seeing him, we picked up a camper van, and spent a month travelling round North and South Island.

We were all there with a strong interest in agriculture so, although we saw a few of the touristy sights, we mainly stayed off the beaten track, and tried to find out what was happening on the farms.

Farm Zone: What was your impression of how the agricultural sector is doing in New Zealand?

Ben Dolbear: As far as I could see, agriculture in New Zealand is absolutely thriving. There’s a lot of dairy cows out there. They get a lot of milk from grass and their grass management is very good because they’ve got the conditions to do it. The cows they use are mainly New Zealand Friesian cows, a stocky breed that is an excellent converter of grass to milk. As well as dairy, they have a huge sheep farming sector: the sheep graze the high grounds and stations, and their lamb goes out as fresh lamb all over the world. This can be done because it is shipped vacuum packed in refrigerated containers, meaning it can survive many weeks at sea without being frozen. The other big developing market I encountered is deer farming. New Zealand farmers are exporting both venison meat and velvet antlers, the latter enjoys particularly high demand in China where it is seen to have beneficial health properties.

The whole agricultural sector seems to be very efficient, and they aggressively target export markets. In particular, their milk exports to China – in the form of milk powder – are enormous. China is their biggest market by a longshot, with Fronterra – a dairy cooperative owned by 10,000 New Zealand farmers – being the country’s largest company, and one of the world’s biggest dairy exporters. 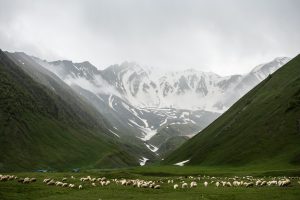 Ben Dolbear: The main thing that jumps out at you is the sheer size of the agricultural sector over there, compared to the UK. It’s such a huge part of the economy that everybody seems to be involved in agriculture in one way or another. And, if they aren’t directly involved, there’s a high chance that someone in their family is.

In New Zealand, the farming areas are serviced by large villages – known locally as service towns. If you visit these towns you’ll find the estate agents are all selling farms, and these farms are sold on the basis of the amount of milk solids you can produce on them. The attitude simply could not be more different than it is here in the UK.

Also, the physical shape of farms is different. Over here in the UK we have a lot more population pressure, so farms tend to be spread out. In New Zealand, with its very low population, the land mass isn’t split by houses, so the farms tend to be more ring fenced – single contiguous areas of land. And with a farm like that you get efficiencies, not least because you can do more with less people.

The final thing that I recall that really struck me about New Zealand is that it’s a young country. And what I mean by that is a lot of areas currently being farmed haven’t been farmed for long. It’s easy over there for farmers to bring new land into cultivation. For example, they’ve got this thing they call contouring. They’ll buy plots of land – rolling hills – and they’ll simply get rid of the trees, level it, split it into paddocks, and start grazing cows there. Again, this is unimaginable in the UK where almost every square acre of land suitable for farming has been in cultivation for centuries.

Ben Dolbear: Well, this is a really interesting question. Back in the 1970s, when Britain joined the European Economic Community, it caused problems for New Zealand’s farming sector which was heavily subsidised and was quite reliant on exports to the UK under preferential trading arrangements. After 1984, to try to solve its many economic problems, of which farming was one, New Zealand implemented a set of deregulatory policies known colloquially as Rogernomics – after Roger Douglas, the minister of finance. The result was that subsidies to many industries were radically reduced, and for farmers they were practically eliminated.

I imagine this had some pretty bad impacts on some of the farmers at the time, but several decades on, New Zealand’s farmers seem to be doing just fine without subsidies.

But it’s really important to grasp that the New Zealand government does support its farmers, it just uses means other than subsidies. I’d actually go as far as to say that the New Zealand government is 100% behind its farmers in a way that the British government isn’t. In New Zealand, the government focuses on helping farmers to produce more, to be more efficient, and to market their products better. Everything is about producing more food. They are very good at the marketing side of things. For example, you get adverts on the telly, urging people to support New Zealand lamb. And when I got on the plane, one of the biggest ads I saw was for New Zealand beef – a lot of this marketing activity is government funded. One result of all this marketing activity is that the farmers have really strong support from the general public.

Additionally, the government helps farmers in New Zealand by imposing a very low regulatory burden on them. For example, and I am not advocating this as something we should do in Britain, but I was surprised to learn that farmers have access to many chemicals that were banned here years ago.

I am not saying that any of this could be emulated in Britain. It’s flippant to think that British farmers could survive without subsidy. The situation here is simply too different – not least because of our population pressure, and because New Zealand is relatively near an absolutely enormous market, China, that is growing insatiably.

Farm Zone: What was your favourite thing about New Zealand agriculture?

Ben Dolbear: The thing I liked the most was the strong sense of community in the rural areas. They work very hard, but they seem to know how to take time off too. I liked that everyone seemed to get involved in local community events in their villages.

People care about their local environment, and it really shows. There is very little litter compared to the UK. Everything seems to be clean and cared for.

Ben Dolbear: We are heading down divergent paths. British agriculture is not production driven in the same way. Of course, individual British farmers seek to boost production, and many work very hard and do so successfully. But, from the point of view of the British government, when it considers the British countryside, agriculture is not at the top of the list. The government primarily sees the British countryside as a public good. And the direction of policy seems to be that if British farmers want to continue to receive subsidy, they must focus on improving the countryside in return, rather than focusing solely on production. 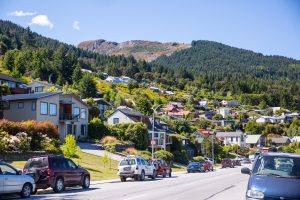 Farm Zone: What else stood out for you, that you haven’t mentioned already?

Ben Dolbear: It’s much easier for young people to get into farming than it is here. They’ve got the space, the land is cheaper, and it’s a profitable industry. There’s a lot of wealthy farmers in New Zealand that started with nothing and have built up sizeable operations. In New Zealand, if you want a farm, and you are willing to work hard, you can probably get it. Certainly, it’s easier to get into than it is in the UK.

Farm Zone: Would you consider going out there yourself to farm?

Ben Dolbear: If I was in a different situation then I would definitely consider it. As things stand it’s not an option due to my personal commitments and anyway, for me, there’s no place like home. But if I ever have a son or daughter who expresses an interest in going into agriculture, I’ll definitely tell them to go over and see for themselves how it’s done in New Zealand.

Farm Zone: Any final thoughts on New Zealand you can leave us with?

Ben Dolbear: It was the trip of a lifetime. I came back to the UK reflecting that in many ways New Zealand agriculture is in the position we were in just after the war, in the sense that it’s 100% production driven. And I do wonder how long it will last. Maybe it is sustainable, but maybe not. In Britain, in the 1950s, hedges and wildflower meadows got ripped up. And in the last 10 or 20 years, a lot of that is being undone.

I certainly intend to return to New Zealand in 10 or 20 years’ time, to see what changes and what stays the same.