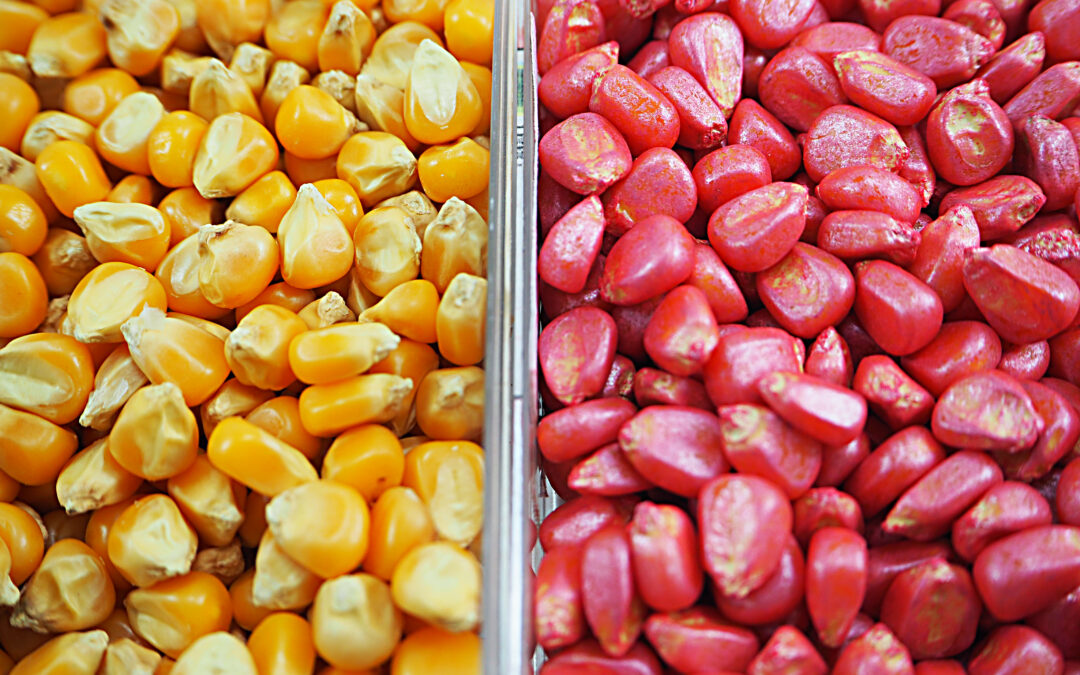 The list of pesticide and fungicide seed treatments now banned across the EU and in the UK has never been longer. But legislation welcomed by the environmentalist lobby has, for the custodians of the crops affected, brought with it some very demanding challenges.

We asked consultant agronomist Chris Batchelor for his take on the restrictions. Chris, who has personal experience of both conventional and organic farming, has followed developments in agricultural policy and their consequences closely over the years. How does he see the challenges brought to the arable farmer by the ban on neonicotinoid and other seed treatments? How effective are alternative approaches to crop management? Is there a long-term trend towards more organic farming? How far, in practice, could such a trend go?

Controlling pests without chemicals is undoubtedly a big ask – and it’s much more difficult for some crops than for others. Chris singles out oilseed rape and sugar beet as notably problematic. Indeed, for the latter, an emergency derogation for neonicotinoid treatment was expected to be triggered earlier this year, had the cold weather not stepped in to save the season’s crop from devastation by virus yellows.

Especially relevant to dairy farmers, Chris suggests, are the difficulties surrounding the establishment without pesticides of grass leys. Chlorpyrifos – banned from almost all agricultural uses in the UK since 2016 – used to be all that stood between many a reseeded grass crop and its total destruction by leather jackets or wireworm.

It’s not just demoralising for the modern farmer to have to resort to such laborious strategies. New approaches to stewardship may also (in the case, for example, of more diverse cropping systems) seem like a less than reassuring match for established economic pressures (of which more later). For all this, Chris recognises that the age of many chemical treatments is now definitely behind us.

It’s not that it’s impossible to dispute the science that – for example – led the EU to ban imidacloprid, clothianidin and thiamethoxam (initially, in May 2013, for use on flowering crops and cereals, then, in April 2018, for all outdoor use). We still don’t know, in this case, exactly how – or even if – there is a link between neonicotinoids and bee colony collapse. But restrictions on the use of chemicals in farming may just as much reflect what we don’t know as what we do. The possibility of long-term damage to the soil from seed dressing residues, for example, is for the moment unknowable; but it’s a possibility, few would disagree, that needs to be taken seriously.

Even if it’s inevitable, modern farming’s clampdown on chemical seed treatments remains, for Chris, a story riddled with puzzles and paradoxes.

It’s ironic, for example, that, following the ban on Mesurol, maize farmers are in its place using products such as Korit whose active ingredient (ziram) is hazardous enough for masks and gloves to be required in the handling of seeds coated with it; and this despite its more limited efficacy.

Ironic, too, is the fact that seed dressings were conceived partly as a way of applying less, rather than more, chemical treatment to the land; of replacing the volumes of sprayed treatments once measured out in litres with precisely targeted quantities calibrated in grams.

That’s a point predictably absent from the rhetoric of contemporary politicians and the myths they work with. Michael Gove’s notorious remark about British agricultural soil being ‘drench[ed]’ in chemicals (in 2017 when he was environment secretary) made it sound like farmers were still crop dusting fields with DDT.

But politicians and their popular mandates seem set to control the narrative for the time being. Any idea, certainly, that greater agricultural freedoms might follow the UK’s newfound independence from the EU – the cauldron, many would say, in which much of this genre of product control is brewed – should be approached with caution.

That’s not just because pesticide controls are included in the so-called ‘non-regression clause’ about environmental standards in the UK-EU trade agreement. It’s also because, as Chris points out, the UK’s own history of agrichemical control, as governed by the Chemicals Regulation Directorate (CRD), has often in the past been the envy of Europe’s most rigorous regulators; and Chris ‘can’t see [the CRD] becoming more flexible’.

What, then, of ways forward? ‘People are adapting,’ Chris says, with some optimism: ‘they are doing all sorts of things.’

These are the things, when taken together as a broad-based and ecologically sensitive approach to pest control, that are sometimes referred to as Integrated Pest Management.

Individual strategies that have impressed Chris include the use of stubble from previous crops, left a foot or so high and then drilled into for sowing: successful, Chris testifies, at deterring insect predation on oilseed rape at the all-important establishment stage.

Companion cropping is effective in the same way. For new oilseed rape, various partner plants are recommended as a way of providing protective cover from cabbage stem flea beetles. Chris notes that buckwheat in particular offers the convenience of dying off at the first arrival of winter frost, the cash crop by this stage well-established.

Chris reflects on his own experience of advising, for some years, a 2000-acre organic farm; and on how its avoidance of conventional chemicals, including fertilisers and herbicides, shaped farming practice.

Like many organic farms growing cereals, Chris’s focused on spring crops – lacking the weed killers with which conventional farms are able to tackle the problem of chickweed and other winter weeds that flourish while the growth of October plantings is slow.

And the spring crops themselves would have to start later than their conventional counterparts, being, again, comparatively defenceless against weeds, but also lacking the early support of fertiliser. ‘We had to sit and wait for the weather,’ recalls Chris.

It’s an account that, on the one hand, shows how common sense and a willingness to work with natural conditions can indeed substitute for chemicals in the growing of commercial crops. On the other hand, it illustrates the point that chemical-free crops deliver, almost by definition, a different order of yield.

Not only is there a more naturally up-and-down pattern to year-by-year organic crop delivery than to that of conventional, but – in Chris’s experience, at least – there is a stark contrast in typical volumes delivered too. His farm (which included some non-organic cultivation) could weigh three quarters of a ton per acre of organic crop against over two and half tons per acre of conventional.

Of course, the lower yields associated with organic farming are compensated for in the marketplace by higher price tickets. But, looking at the big picture, Chris sees another paradox: a contradiction between, on the one hand, the ever-increasing pressure of environmental standards on agricultural practice and, on the other, the seemingly fixed economic expectations of its produce.

Ecological diversity is today celebrated as never before. Celebrated too are the organic farms with which it is demonstrably linked (Chris’s organic farm, he remembers, attracted a huge population of otherwise rarely seen corn buntings). But despite this, and though organic produce has its significant, and even slowly growing, share of the market, UK consumers nevertheless remain accustomed to paying less than ever before for what they eat.

In 1952, a recent collation of data reveals, the average household expenditure on food was 40%. Seventy-five years later it had fallen to 11%. The consequences? The sale price of a ton of wheat off the farm falling from £200 in the late 80s to £150 today; and bottles of milk in supermarkets cheaper than bottles of water.

Under such a burden, models of farming are in fact, in some important ways, under pressure to assume forms unhelpful – rather than beneficial – to environmental biodiversity, whether that be the ongoing convention of year-after-year monocropping or the growing minimum size (Chris reckons, these days, about 1000 acres) now needed for a profitable arable unit.

How square the circle? How reconcile the remorseless pull of economics in one direction and the push of environmentalist policy in the other?

Chris can’t help but foresee the terms of the equation breaking down. ‘If we woke up tomorrow,’ he says, testing the logical limits of the situation, ‘and found that all non-organic inputs had been banned completely – no fertiliser, no spray chemicals, things like that – the amount of food that we could produce organically is nowhere near enough to feed ourselves. We couldn’t do it. We would have to end up importing cheap food from overseas.’

An association of French (organic) sugar beet farmers, in a recent public statement, suggested that modern arable farming had arrived at an ‘impasse’: wanting rid of neonicotinoids on the one hand, without, on the other, envisaging any ‘reinvention of the economic model’.

Can such a reinvention come about? It’s while waiting for an answer to that question in particular, perhaps, that farmers on the ground must continue to develop and diversify new responses to the pest control challenge.