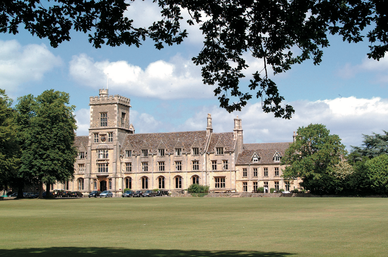 Agriculture is as old as civilisation itself; and agricultural wisdom has been developed and handed down through the ages. But as a formally taught discipline – the stuff of textbooks and college courses – its history is surprisingly short. Years before the first university degrees were offered – though as late as the 1880s – it was written that

it has always been difficult to accurately define the position which agriculture occupies in relation to other branches of knowledge. Sometimes it has been called a science, and at other times an art … Agriculture is too dependent upon circumstances, and too uncertain in its results, to be viewed as a science, and too natural to be called an art.

The author of these words saw the problem; he also devoted his career to trying to solve it. He was the agricultural educationalist John Wrightson (1840-1916).

He didn’t come from a farming family. The Wrightsons of county Durham were, like their cousins the Armstrongs (later of armaments fame), well-off middle-class industrialists. John’s older brother by one year, Thomas, would go on to become a respected engineer and metallurgist, published author of scientific papers.

John wished to emulate his brother’s achievements, but in a métier of his own. Thus, once he had left school, he enrolled at the Royal Agricultural College at Cirencester.

A mere generation earlier, the opportunity would not have existed. The college had been founded in 1842 as the first of its kind: an institution entirely dedicated to the teaching of agricultural principles, richly-endowed (by supportive local landowners) with labs, workshops and other university-like facilities; as well as a 500-acre working farm.

It was an academic environment; and John excelled there. The year after completing his studies he was appointed to a professorship – a post he held for the following fifteen years. 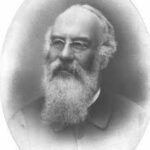 But this inaugurated no settled existence of routine lectures and examinations. Wrightson was acutely aware that agricultural science – such as it was – was in its infancy; and that it urgently need to build up a credible body of original research. He accordingly took regular leaves of absence from teaching to go on field trips – as far afield, in 1874, as the cattle farms of the Austro-Hungarian Empire – and write up his findings for scholarly publication.

1874 also saw the appearance – in the Aspatria Agricultural College in Cumberland – of a northern rival to the Royal College. This set a precedent and gave Wrightson the germ of an idea.

In 1879 he left Cirencester in order, with the help of several staff who followed him, to found the Wiltshire and Hampshire Agricultural College – soon renamed Downton Agricultural College (after the nearby village, about ten miles south of Salisbury). It was thus the third such institution in England.

Wrightson was from the start unapologetic about Downton’s socially exclusive character. It was an inevitable consequence of the college’s high fees, which were themselves necessary in order to keep the place as well-provisioned as its prestigious senior competitor. But it did also mean that Downton would go on to draw its students almost entirely from the land-owning classes (including, most famously, two princes of the then still-extant Kingdom of Hawai’i).

Still, there was no disputing the superior quality of Downton College’s resources – from its noteworthy flock of Hampshire Down sheep to its museum-standard collection of botanical and geological specimens, curated on the premises by Secretary of the Royal Agricultural Society, Ernest Clarke.

Wrightson was determined that Downton should be a leading research institution. He himself continued the work on silage that his aforementioned trip to Austria-Hungary in the 1870s had inspired. There he had witnessed first-hand the widespread practice of burying wet grass and maize in earth-covered trenches from which it could later be dug up and used as ‘capital winter fodder’.

It was in part thanks to Wrightson’s evangelism that, back in Britain, interest in silage (or ‘sour hay’ as it was then called) surged dramatically over the course of the 1880s – as it would not do again, in fact, until after the Second World War.

It was also during this decade that Wrightson made a series of seminal proofs of the fertilising value of basic (i.e. acid-neutralising) slag. This material was the by-product of steel manufacture by the Bessemer process, specifically as modified by Gilchrist and Thomas towards the end of the 1870s to improve the process’s elimination of phosphorus from iron.

Over 130,000 tonnes of this residue were piling up outside English steelworks every year – thought useless until Wrightson and John Munro (one of the original Royal College instructors who had defected to Downton) demonstrated its viability as a fertiliser both in the lab and in the field.

For Wrightson, academic theories and proofs meant nothing without successful practical application. It was, as he says, ‘science’ strictly subject to ‘circumstances’. Every agricultural principle established and taught at the college had to work in real life. It was why Downton’s model farm was at least as big as the Royal College’s.

The same mindset meant that when Wrightson was not holed up in the lab he was busy teaching – and not just the privileged pupils of Downton but, in his spare time, the village schoolchildren.

As the state began to make increasing provision for agricultural education (following, for example, the creation of county councils in 1888), and as the subject began to take hold in university departments in the new century, Downton College lost much of its raison d’être and it closed its doors on Wrightson’s retirement in 1906.

But while it existed it had pioneered the cause – revolutionary at the time – of scientific education within the agricultural community, always on the understanding that such a thing could only ever be an aid to, rather than substitute for, experience. As Wrightson himself wrote,

it is impossible to find a successful farmer who owes all his knowledge to books. Still, it does not follow that the study of agriculture is useless. On the contrary, the best agriculturalists have always been found among men whose ears are open to every suggestion and to the teachings of science.