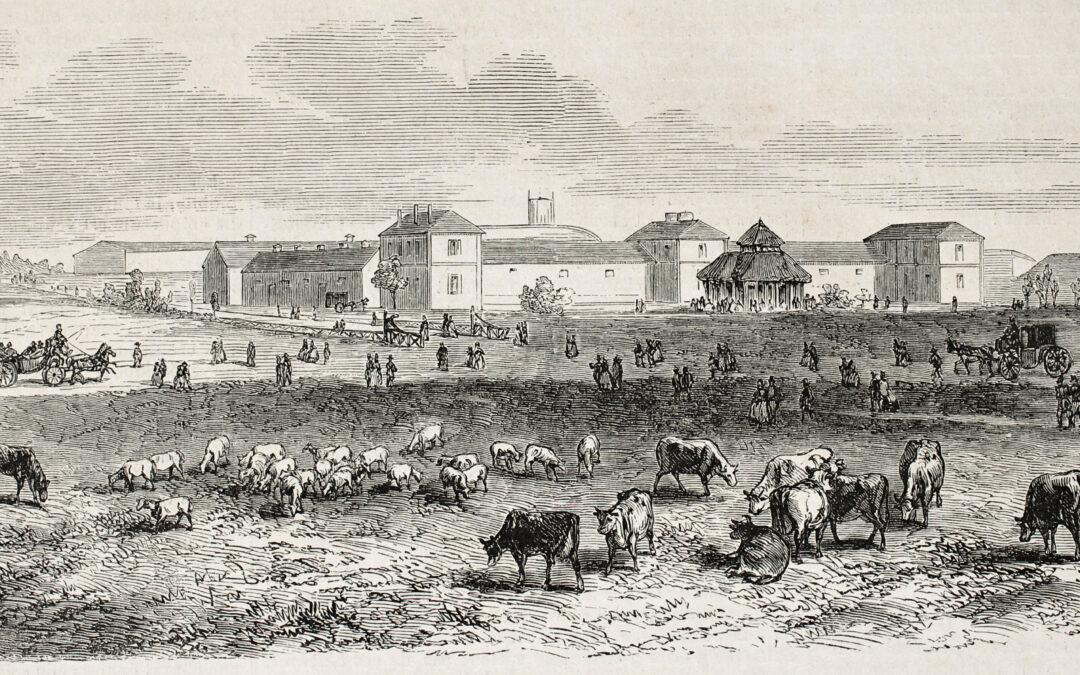 Next in our pioneer series we look at the colourful character of Joseph Arch, the trade unionist from Warwickshire who championed the rights of agricultural workers

Today, the collective interests of British agricultural workers are represented by Unite’s Food, Drink and Agricultural sector. It’s the direct successor of the Agricultural Section of the old Transport and General Workers’ Union – which itself is what became of the National Union of Agricultural and Allied Workers, founded back in 1906.

Not even that venerable body, though, was the first of its kind. British farmworkers had first begun to unionise openly back in the 1870s, shortly after the Trade Union Act (1871) made such things legal; and the National Agricultural Labourers’ Union was the movement’s first fruit. Boasting over 80,000 members at its peak, it existed for a little over twenty years; and its inspiration, founder and president from first to last was the intriguing character of Joseph Arch.

Arch was a Warwickshire man, born – in 1826, in the village of Barford – squarely into the world of rural toil as it had existed for ordinary folk for centuries. His family (unlike many) was fortunate enough to own their cottage; but they had no farm. Therefore, after just three years of schooling, the young Joseph became a pair of hands for hire: first as a crow-scarer, then as a plough-boy, then as a hedge-cutter. Such work was always, by necessity, short-term and itinerant.

The more skills an agricultural worker possessed, the more he or she could offer in exchange for a wage. Despite this, it was always, categorically, the lowest-paid work in the country. That poor valuation reflects in part the strong social stigma such a living carried with it. No one in Victorian Britain figured lower in the hierarchy than the farm labourer – a figure of widespread popular fun, in fact, whom the establishment nicknamed ‘Hodge’.

In reality, this was a class of people entirely without rights, usually too poor to afford bread, and ultimately dependent on the good will of local landowners and parish churches – whose regular gestures of charity were indispensable to the workers’ survival in between jobs.

Although even that could fail. Arch, in his autobiography, recalls a falling out between his mother and the village parson’s wife in consequence of which his family never again received the emergency provisions (soup, coal, etc.) with which they, as parish poor, had up until then been regularly provided.

Arch saw in episodes like this a kind of class prejudice, and from the start it outraged his sense of social justice – not to mention of Christian fellowship. These were values greatly stoked and fanned in him by the Methodist church, where, as a young man, after ‘throwing over’ traditional churchgoing and joining the ranks of these nonconformists, he quickly found his voice and established himself as a popular preacher.

He was, at the same time, enough of a realist to see that actual social justice – in the shape of political reform – would have to wait. In the 1850s and 60s the country was still getting over Chartism, that working-class reform movement which, for those in power, had come a little too close to revolution for comfort.

For Arch, the tipping point into full-time political activism came on 7 February, 1872. On that morning, three starving labourers from nearby Wellesbourne came to see him at home to beg him to chair a meeting that evening – with a view to starting a union. No other way could they see to getting their farm wages up to subsistence level.

Knowing the risks, though finally accepting that the moment had come, Arch agreed. The night that followed was memorable. Not a few but two thousand and more faces – ‘gaunt with hunger and pinched with want’ – gazed back at the man as he mounted his stump under an old chestnut tree. By flickering lanternlight, Arch spoke for an hour; and the die was cast.

In the following weeks a committee was formed, and, by the end of March, Warwickshire had its Agricultural Labourers’ Union. Word spread, and other counties followed suit; though it was Warwickshire which in May declared itself the National body, with Arch the elected president. Among its stated aims: a ‘not extravagant’ minimum wage for agricultural workers of 16 shillings a week.

The fight with the farmers that followed took a perhaps predictable course. Up and down the land, frightened employers closed ranks: they locked out the new union members and offered work to non-members at 2 shillings a day. By some accounts, wages in some areas went up; but, as the hard harvests of the mid-70s hit, it began to feel like a losing battle.

Rather than dig in, Arch changed tack. He began to explore seriously the idea of emigration as a new solution to the difficulties of his class. He went as far as visiting Canada to see the lie of the land; he wrote a report on his findings and subsequently helped thousands of families to move out there.

It was a controversial move; and such success as it had depleted the Union of members. In any event, a fresh wave of lockouts brought the number of paid-up subscribers down to a mere 15,000 or so by the beginning of the 1880s; and the organisation never recovered.

Lasting reform, Arch in the end realised, had to be wrought at the top; and he started standing for Parliament. He was indeed elected – as the Liberal Member for North West Norfolk in 1885 – and gave a well-received maiden speech on the importance of access to allotments for the rural poor.

But he spoke little in the years that followed and found it difficult to make friends: obviously out of sympathy with the Tory right, he was simultaneously, in his curiously old-fashioned way, not socialist enough for the cosmopolitan left. For a lifelong believer in brethren, it was a lonely end.

Joseph Arch went to his death (in 1919) insisting that the National Agricultural Labourers’ Union had had a positive influence on agricultural wage rates after 1872; and recent historical analyses of wage data suggest he was right.

But Arch’s influence was more far-reaching than that. He led the movement that finally brought social respect to the agricultural labourer – as eventually reflected in the passing of the Third Reform Act (1884-5). This was the legislation that gave the rural worker the vote; that thus made him as legitimate a political force as his counterpart in the town; and which consigned helpless old ‘Hodge’ to history.