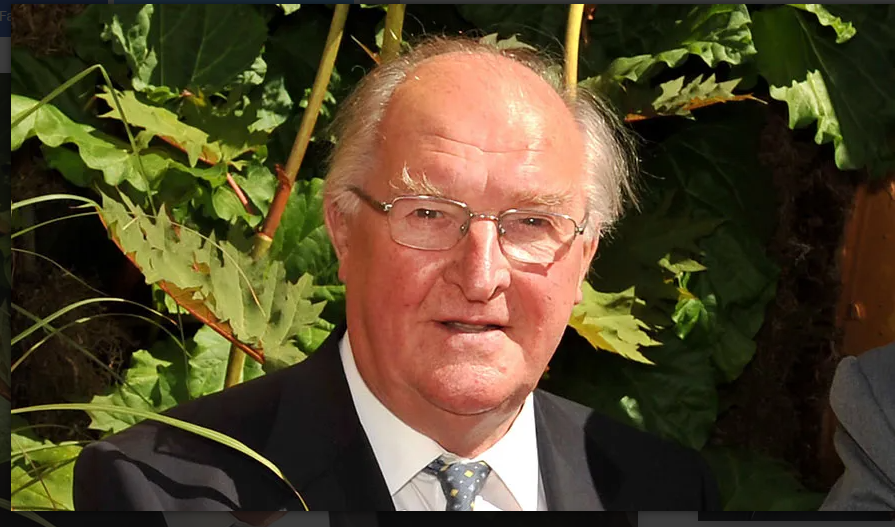 We were saddened to hear of the passing, on 15 April, of Henry Plumb. Lord Plumb was a friend of David and Sue Bright, who founded Bright Seeds in the 1980s, and the support he showed David’s pioneering work with maize over the years was always deeply valued.

His loss is felt across the farming community. Tributes have been led by Minette Batters, now in the post that Henry held from 1970 to 1979: ‘British farming has lost one of its greatest ever advocates and the NFU has lost its greatest ever President’.

Lord Plumb once joked that his CV made him look like a ‘collector of presidencies’. ‘My father used to say,’ he recalled during his farewell speech to the House of Lords in 2017, ‘that anyone can become a president. Well, I have proved him right.’

The first was at the head of the National Federation of Young Farmers in the 1960s. Then, while in charge at the NFU, Henry was elected to the presidency of the European farmers’ organisation COPA (1976-79). This followed the UK’s accession to the EEC and evidenced Henry’s enthusiasm for it. He would later, from 1987 to 1989, be the only British President of the European Parliament.

He never, though, stopped being a farmer himself.

Born in 1925, he was taken out of school during the war to help out on the 300-acre family farm at Coleshill in Warwickshire. This, with its 200-strong Ayrshire dairy herd, he took over on his father’s death in 1952.

Henry thus knew first-hand what it was like to be a farmer – and how financially difficult it was becoming, in the modern age, to be one. Despite the new confidence and efficiency that farming had enjoyed following the reforms of the 1947 and 1957 Agriculture Acts, by the early 70s farming costs were starting to run ahead of agricultural prices.

Henry thus spent much of his career fighting for funding and to keep farm prices up, negotiating first with the government and its annual price reviews, then, after 1973, with Brussels. If, as a Conservative MEP, this meant upsetting a Conservative government – as it did in 1982 when he was the only British MEP to vote for a 14 per cent increase in farm prices – then so be it.

Henry thought the importance of agriculture – to the life and the economy of the nation – had a tendency to be underrated. And if he paid such close attention, throughout his career, to the governmental frameworks within which agriculture must operate, it was because he believed so passionately in the potential of farmers themselves.

He believed, particularly, in the potential of productive farming – when geared towards the right market or markets – to benefit the national economy. By the time of his retirement from politics, his theme was perhaps more relevant than ever: with a food trade deficit of over £20 billion, ‘we need to increase production’.

If Henry was an influential politician – bringing, after his ennoblement in 1987, his agricultural expertise into the House of Lords – he was no less an inspiration and mentor to his fellow farmers.

In 2012 he created the Henry Plumb Foundation with the aim of supporting new entrants to the farming community – supplying each rural entrepreneur with a mentor and the kind of financial backing that banks all too often deny.

And it was for his personal advice and encouragement that Henry will be most fondly remembered by everyone at Brights.

Back when maize was still a fledgling crop in the UK, Henry was warmly supportive of the many environmental cropping initiatives, such as green manuring, that Brights was engaged in at the time. And just a few years ago he expressed his approval of a training course devised by David Bright as part of a crop husbandry programme.

Our sympathies, as those of so many others, are with his family at this time.