MAIZE SEED: THE MARKET AND OPTIONS FOR 2023 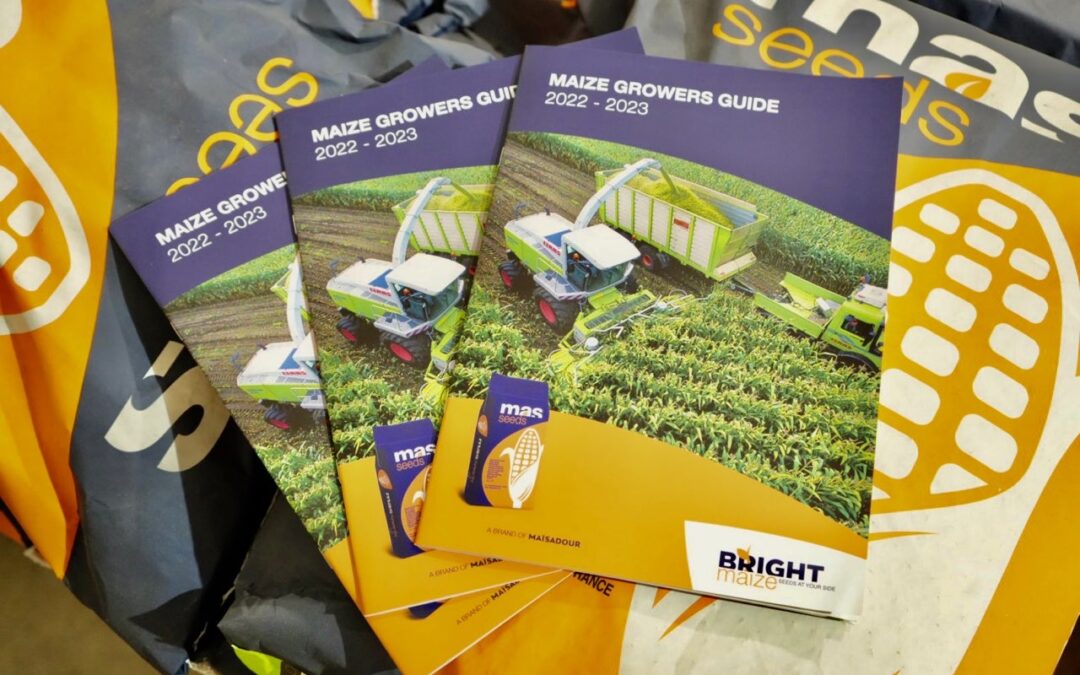 When a sales advisor tells you to place your maize seed order early, you will do well to heed the advice this year. The shortage of maize seed in 2022 – not least because of the 40% yield reduction experienced last year – is real.

It is true that suppliers always like early orders – it takes pressure off the sales team, aids planning, and helps with timely deliveries – but this year it can literally make the difference between having the varieties you want or not.

And (as growers have become aware) there has been an increase in maize seed prices of approximately £20 per pack; although Bright Maize has managed to contain its average price increase to below this, it is just another example of a rising input cost to the farmer (albeit less dramatic than fertiliser and pesticide). The reason is not just that the seed is scarce, but because of the knock-on effect of higher energy costs on packaging and transport – and, as if it needs saying, the ongoing war in Ukraine.

On the positive side, as one of the largest direct-to-farm suppliers of maize in the UK, Bright Maize has strong and reliable supply chains and access to tried and tested varieties that will deliver the best results for your farm.

An important piece of general advice for the coming year is that growers do not allow the early harvesting of this year’s maize to lure them into the false sense of security that later maturing varieties will be alright after all. Last year was unusual: varieties that were harvested well before the end of September might be as much as a month later this year.

We are very happy that our maize portfolio for the coming season is comprehensive, and covers all bases. Some great new varieties are coming through the system: MAS DM 0500, Skipper and Maskaret are just three of the new varieties in the front line this year. Bright Maize understands the importance of matching varieties to the requirements of the grower and the circumstances of the farm. There is no one size fits all. With an eye on yield (of course), more and more of today’s maize grower must look at issues which include feed value, palatability and, crucially, maturity. For example, the time of harvest is increasingly pertinent as farmers consider factors such as planting a follow-crop, perhaps with Environmental Land Management Schemes (ELMS) in mind.

Bright Maize has to advise its customers with competence and confidence. This is why – in addition to its main Wiltshire trial site – the company has in excess of a dozen such sites extending throughout the country. Similarly, it insists on having a support-team on the ground that is highly specialised and equipped with the latest information. Only by giving this degree of commitment, can forage maize truly reach its potential in the different regions of the UK.

Forage is the livestock farmer’s most precious resource; and never has this been the case more so than today. A significant shift – already adopted by many – is the treating of forage maize as if it were a cash crop like oil seed rape or winter wheat. It is about attention-to-detail; even today the crop often fails to reach its potential because of inadequate seedbed preparation, late-drilling and poor drill-precision. Soil compaction is still a major problem for some growers. While most attention is focused on the first 6in, for maize it is important to remove pans from the subsoil up to a depth of 18in otherwise root development is constricted.

Drilling should be governed by soil temperature and commenced when 8C or above has been achieved for a week. Delaying drilling dates unnecessarily will knock final yield by typically 5t per ha fresh-matter for each week’s delay, bearing-in-mind that forage maize needs between 160 and 185 growing days.

Varieties should be chosen on an individual farm basis and on larger hectarages a multi-variety approach.

If you would like our latest Maize Catalogue, please email charlie@brightmaize.com or telephone the office on 01722 744494

You can also scan to see our maize brochure here: