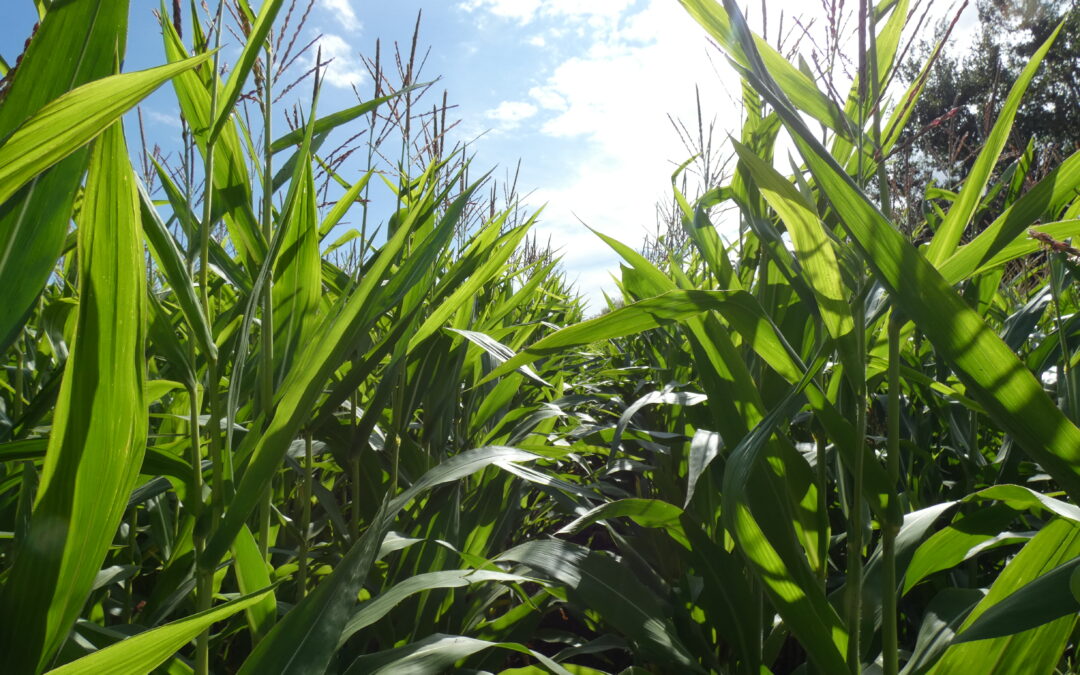 Mark Woodin runs a large privately owned estate, Chilton Home Farms on the Buckinghamshire/ Oxfordshire border. He came from a farming family, and has seen long service at Chilton, where he started working 30 years’ ago, at the age of 24. The estate is a mixed dairy and arable concern, taking in a local village pub and a shoot, owned by the Aubrey-Fletcher family. Mark is primarily responsible for farming activities on the estate. He is a long-term customer of Bright Maize, and drills his own maize, both at Chilton Home and on other local farms. But he is also responsible for the herd of 250 dairy cows, and that side of the business is about to see a major investment, with a new milking parlour housing all new milking equipment. Mark is considering introducing robotic milking machines, saying farmers always need to keep ahead, planning 25 years’ in advance. With a Sainsbury’s 2.3 million litre milk contract already in place, that sounds like good thinking.

At Chilton, they principally grow two varieties, both supplied by Bright Maize: 09 and Mary Jane. To adjust to climate variation on the farm, an early maturing variety is planted on one side of the estate, and a later variety on the other, so that they both mature at the same time. Mark says they always look for high yielding maize with high starch values, as they are on high ground. They grow 120 acres of maize on the Chilton estate, and another 60 acres on another farm, all for their own use. They also contract-drill another 1,000 acres of maize for other farm businesses.

Mark has worked with Bright Maize for years, and praises its customer-first approach, highlighting the proactiveness of the company – the way they get involved with the customers to find out their specific needs, always being available on the phone, and readily making site visits to check the lie of the land and advise on the most suitable varieties of seed. He says Brights offer support in every aspect of maize cultivation, including advice on land stewardship, such as the optimum cover crop for a specific field when the maize has been harvested. They certainly know their stuff, says Mark.

Last year it was far too dry, but yields are normally very good, says Mark, and the maize normally clamps well. This is important, as it is an expensive crop to grow. They use a microfertiliser, meaning the granules are placed close to the seedlings so there are immediate benefits. Mostly they rotate the crops on the estate, but two of their fields have been drilled with maize crops continuously for quite some time, and that has been successful, so this approach will continue.

Maize growing poses certain challenges, Mark tells us. One major issue is soil erosion, as, post-harvest, the soil is left very loose in the fields over winter and wind and water run-off can cause soil depletion. Hence, the need to establish a cover crop straight after the maize crop with a view to  getting a wheat crop after the maize is the objective. Bird control is also an ongoing challenge, as is the use of herbicides, as environmental regulations tighten.

One thing of great concern to Mark at the moment is European Corn Borer, which is slowly moving up the country. Currently it’s mainly south of the M4, but we are beginning to see it in some sites North of the M4 too, and Bright Maize has been helping out with tips on how to manage the disease. Maize-cultivation is a science, Mark tells us, and one which is constantly evolving.

To continue the conversation about maize growing, get in touch with Bright Maize today: 01722 744494 | info@brightmaize.com