MY JOB IS: SENIOR TECHNICAL ADVISOR 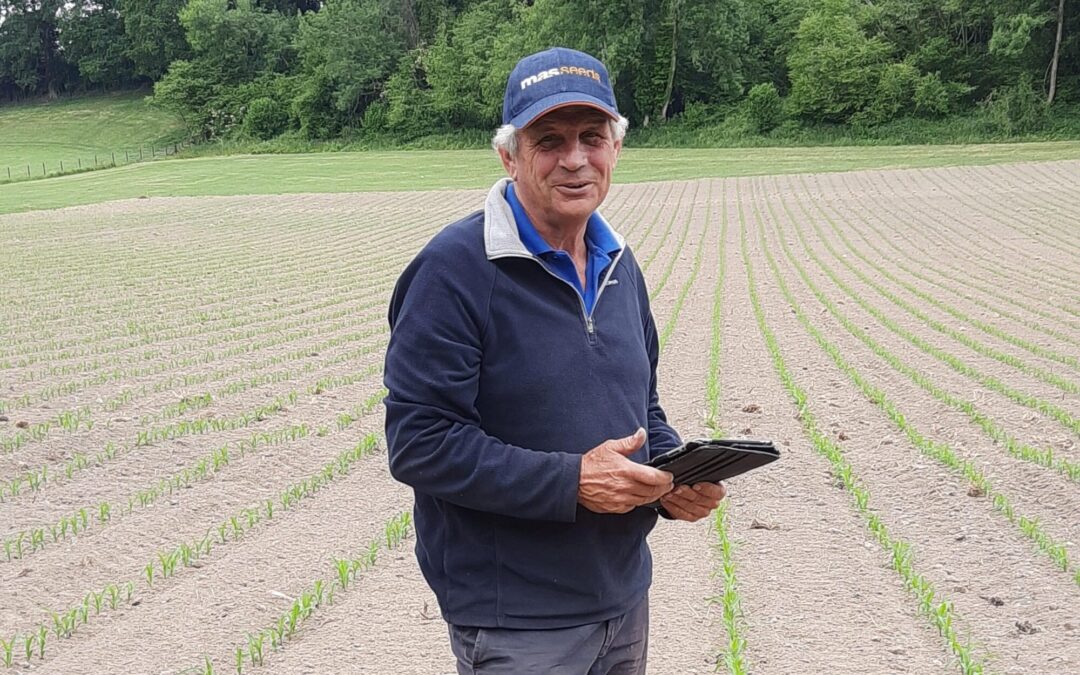 What is your day-to-day job at Bright Maize?

I see my role as being a link between the farmer/farm manager and the maize seed producer. I spend a lot of time in the field, as it were, working alongside farmers, advising them on how to get the best yield from our seeds. 45% of the variation in maize yield depends on seedbed conditions, and drilling (whereas only 10% of yield variation is down to actual seed variety). I help the farmer get the best out of his maize by advising him on growing the right varieties in the right fields. In the autumn and winter when we are selling maize, I like to get out to see our customers, and to get on to the farms and talk to the farmer about what he wants, where he’s growing it and what did well in the past. I may advise to plant at different times in different areas of the farm, so, for example, high and low fields can be ready for harvesting at different times. This takes pressure off the farmer at harvest time.

What are you working on right now?

This time of year, when growth is in full-swing, I do a lot of trouble-shooting. Last Monday, for example, I had to go to Cornwall where a farmer was worried about one of the varieties of maize which he had bought from us. It was displaying symptoms of prophylactic shock – where the maize goes purple and shows signs of stress. It looks like phosphate deficiency, but I could reassure the farmer that it was actually a genetic/stress issue and that it wouldn’t be a problem. The yield would still be good.

I also run the trial sites and a demo site. The demo site is at our new offices. This is where we have a range of demonstration plots, so customers can see all the varieties we sell. We have 36 plots there. We have a general plot area, where we grow a whole range of different maizes, an AD area, and a grain maize area. We grow every variety – including new varieties that aren’t even on the market yet. For us, it’s only for demonstration purposes, so customers can see what we are offering. A local farmer harvests it when he harvests his own crops. 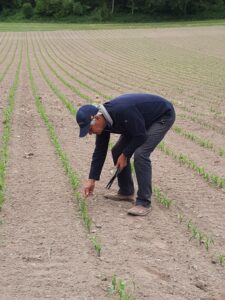 We have six trial sites in different areas of the country. Maize is fickle. What grows well in one area may not grow well in another. We take the crops on the trial sites to yield. We harvest them and weigh them and adjust for DM so we can then report on what the yield will be for our different seed varieties in different parts of the country. We have trial sites in Dorset, Wiltshire, Oxfordshire, Gloucestershire, and Sussex. It involves quite a lot of driving for me. I try to slot in calls to farm customers during my visits to our trial sites.

We visit every customer at least once a year. We pride ourselves on this. We are more than just a seed company. We like to feel we form a partnership with our customers, sharing our advice and experience so clients get the best yields.

What are the main challenges you face in your work at Bright Maize?

Let’s not talk about the vagaries of the British climate. That has always been a challenge!

Beyond that, the biggest issue at the moment is seed dressings. This is a highly topical issue. Farmers have to protect their newly-sown seeds from bird predation. With Mesurol now no longer available , many farmers have turned to Korit, but that dressing is also quite a toxic chemical. It is up for review by DEFRA next year and I am expecting it to be banned as well. This could be problematic, as it is the only dressing option that is available in any sort of quantity. If we lose Korit it’s going to be tough, hopefully the seed companies will come up with an alternative, as well as effective leather jacket and wireworm control. On the bird front we are going to have to come up with novel ways of keeping the birds off crops for the first six weeks after planting.

What led you to working for Brights?

I come from a farming background. My father used to work on a farm before he changed tack and became a teacher. My uncle was a dairy farmer on the Yorkshire/Lancashire border with a milk round. When I was about 10 years old, we used to go for a week to his farm and between us run it for him, including delivering the milk, while he took a break. That’s what got me into farming. So, after an agricultural degree I became a farm manager. Eventually managing a large mixed farm in Wiltshire. It was there that I first met David Bright – the owner of Bright Seeds (sister company to Bright Maize) and the rest of his family (his son Chris actually became my first agricultural student). I’ve always had an interest in the technical side of cultivation, bringing in non-inversion tillage as I like to call it in the early 2000’s. Then seven years ago I started to work for David as a technical advisor and been here ever since.

Do you do any farming on the side?

The only farming I do now is at our own demonstration site. Yesterday I spent half a day cutting the grass around the demo site. We need to keep the grass short. That’s about the extent of my involvement with hands on farming these days. I get asked awkward farming questions from Liz my wife who runs her own Agricultural Administration Business.

Do you have any advice for young people who want to start a farming career?

Farming is a way of life, rather than a job. Most young people who go into farming have been born into it. That said, for those youngsters who don’t know the industry but want to enter, the best way is to study agriculture at college and then work for one of the big farm management companies such as Velcourt. With the future changes in farming that are coming, I hope that there will be opportunities for young people to get into the industry, either on their own or as a partner with a landowner.