OILSEED RAPE IN THE UK – WHAT DOES THE FUTURE HOLD? 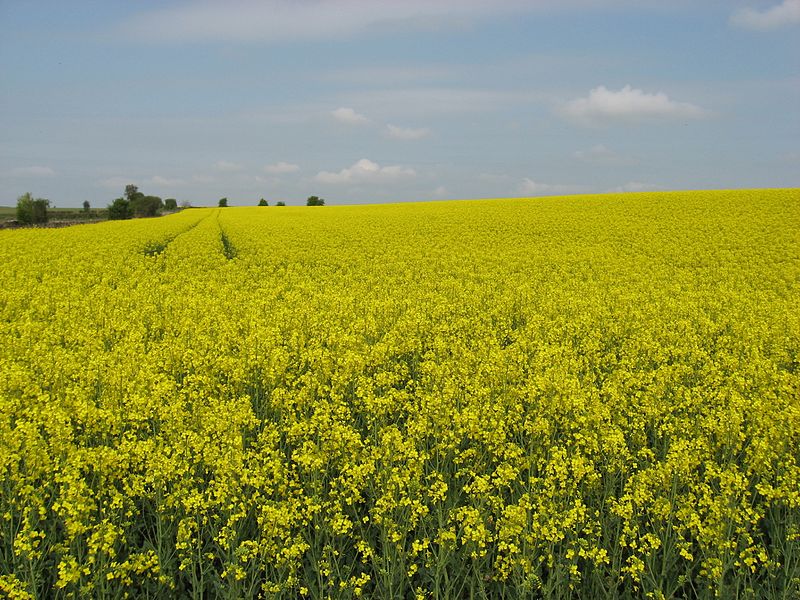 Oilseed rape has had a bad time of it recently and it looks as though planting this year is going to be 10% down – which will mean it has hit a 16-year low. This is down to two factors: last year’s very dry autumn, coupled with excessive flea beetle damage.

Farm Focus interviewed Rod Crossley, Senior Technical Advisor at Bright Maize, to get his view on what the future holds for oilseed rape as a crop in the UK.

Farm Focus (FF): It’s well known that Neonics are an important part of the story when it comes to oilseed rape. What can you tell us about this?

Rod Crossley (RC): Neonics (Neonicotinoid) seed treatments are neurotoxic insecticides which kill insects by permanently binding to their nerve cells, overstimulating and destroying them. Neonics are controversial because they are absorbed by plants, making the plant itself potentially toxic to insects. The idea behind them is that they are more targeted than conventional pesticides. However, many argue that Neonics make the plant toxic to insects for years after the initial treatment, and that they leach out into the soil and surrounding wildflowers and hedges, with a damaging impact on bees and other wildlife. This debate has made Neonics highly controversial, and has led to them being banned by the EU.

What is accepted as fact, however, is that Neonics are highly effective at stopping flea beetles. And, while countermeasures are possible (such as only drilling when there is soil moisture, or giving seedlings a nutritional boost) their recent banning has taken a heavy toll on oilseed rape crop yields.

FF: What is likely to be the short-term impact of all this for oilseed rape?

RC: Well the short-term upside could be that, if the crop is more limited, prices may go up. Hopefully, this will compensate farmers (to some degree) for the lower yields that they are getting. But in the long run, the worry is that farmers turn to other crops. And I think that would be a shame as oilseed rape still has a lot to offer to UK agriculture.

FF: Why should UK farmers persevere with growing oilseed rape in spite of recent problems?

RC: Certainly, I don’t think this year should be used as a yardstick by farmers for planning future oilseed rape crops. There have been unique circumstances that have led to the crop being so bad. For example, had it been wetter in autumn, then it wouldn’t have been so bad. Also, farmers have been growing on a short rotation in certain areas of the country, which makes it a lot easier for pests to grow up. Ultimately, it’s vital for farmers to find a break crop that works, and oilseed rape is a good one. And it is for this reason that farmers should continue to grow it. Using oilseed rape as a break crop boosts subsequent cereal crop yields, and is useful for disease and weed management.

Other benefits of oilseed rape as a crop are that it is an early variety so it spreads the harvest a little, that it can be planted using the same equipment as used for other cereals, and that you only get 3-5 tons a hectare so you need less than half the storage space that you’d need for wheat. If you are growing a conventional variety you can do your own seed, which makes it inexpensive. If you grow a hybrid you have to buy the seed, but you get better results.