THREE KEY TRENDS THAT WILL SHAPE THE DAIRY INDUSTRY 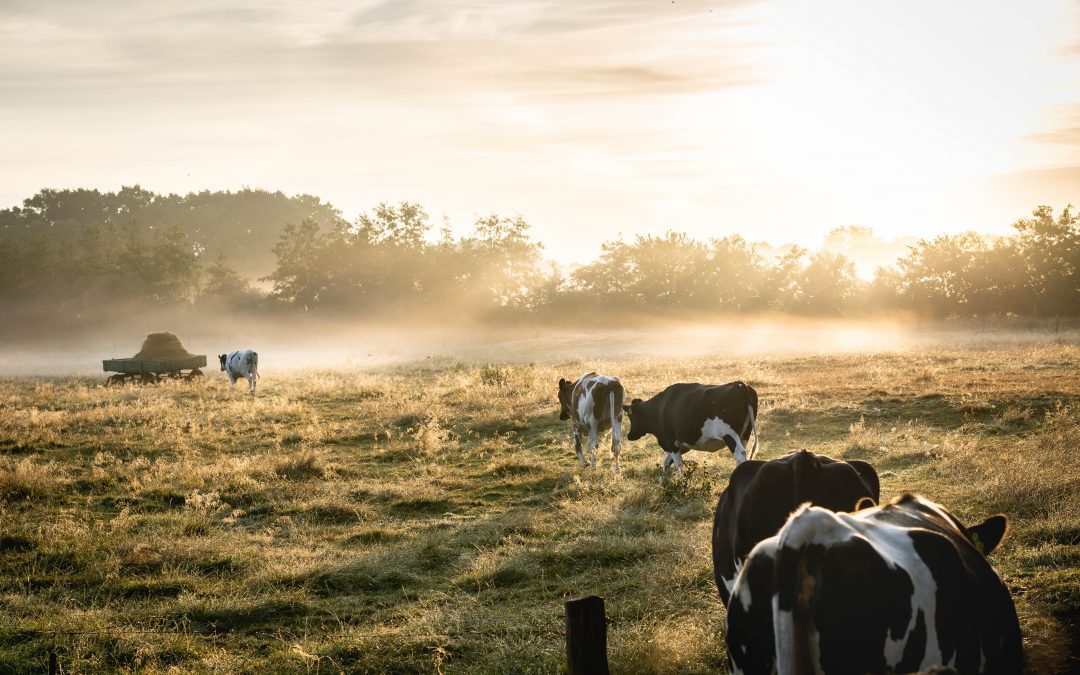 It is sometimes said that there have been 3 agricultural revolutions or trends. The first was the adoption of modern agriculture in the 18th Century which involved the application of scientific principles, such as crop rotation, to dramatically increase yields. The second was the adoption of mechanised farm tools in the 1920s – driven by the invention of the internal combustion engine. And the third was the so-called ‘green revolution’ of the 1960s which saw chemistry applied to farming in new ways. The result was the use of nitrogen and phosphate fertilizers and a huge increase in productivity – such as a doubling of cereal production in the developing world.

From a British perspective, nothing has quite beaten the second agricultural revolution in terms of impact. And, while it is fair to say that most aspects of a modern farm would be recognised by a farmer of a century ago, many recent innovations – particularly internet-enabled connectivity technologies – would seem almost like magic even to farmers of the relatively recent past.

Today, change is accelerating rapidly, and the innovations and trends of the next 20 years will be fundamental. This article discerns three trends that are likely to drastically impact the world of dairy farming – some of these trends may even form the basis for the next agricultural revolution.

The rise of the digital farmer

Modern digital technologies – namely mobile sensors and cloud computer storage – have enabled organisations to collect and store massive amounts of data. As this technology has become affordable, elements of it have been adopted by forward thinking farmers. In some modern herds, every cow wears an electronic ID collar with a tracking chip. These chips track everything the cow does, from how many times she chews per day, to the volume of milk she produces.

Emerging technologies include the embedding of a chip under a cow’s skin to track illness and stop the spread of disease. Such chips function as a “Fitbit for cattle”, and track a range of biological data such as body temperature and heart rate. In the near future, every cow in every dairy herd may be equipped with such a chip, with Bluetooth base stations strategically arrayed around farms (for example, inside scratching posts) to feed the data to artificial intelligence software that can analyse it. The result will be that farmers have constant oversight of the health, welfare and productivity of individual cattle in a way that is impossible today.

Robotic milking will save the small farmer

Robotic milking is an established technology and few dairy farmers will be unaware of its existence. Automated milking systems have been available since the early 1990s and their effect is to fully automate the process of milking – with no need for human involvement at all. In the most advanced systems, animals approach the  milking machine whenever they feel the pressure of a full udder. Electronic tagging and smart gates mean that only those animals ready for milking are admitted. While today only about 35,000 such systems are in operation globally, this is about to change – and change fast.

Across Britain, small dairy farms are struggling because volatile prices for feed and milk, and the high cost of land and equipment, reward larger dairy operations. As modern technology tends to be expensive, it is the larger farms that can afford to invest to further drive efficiencies. Yet as a technology reaches maturity there comes an inflection point – where widespread adoption drives a big fall in prices. Over the next 20 years, this will happen with robotic milking, allowing small farmers to catch up with the advantages that are enjoyed by the super dairies.

In particular, robotic milking will help to stem one major reason for the closure of small family farms: farmers retiring with no one willing to take their place. Far from eliminating workers, the automation of dairy farms will enable older farmers to continue to work and, by freeing small farmers from the rigidity of the manual milking schedule, will actually encourage younger farmers into the industry.

When it comes to health, the increasing focus on gut health and pro-biotics is a major cause of growing dairy sales because dairy products are known to be one of the best vehicles for carrying probiotics into the body. Additionally, as new research shows that the link between fat and human health is more complex than previously thought, traditional products such as butter are enjoying a resurgence.  Within the next 20 years almost every consumer in Britain will be worried about their own health, but this is just a marketing challenge for the dairy industry – which needs to show what dairy farmers have always known: that its products are essential to a healthy diet.

As well as personal health considerations, animal welfare is a growing concern, particularly among those born in the 1980s and after. This means that within the next 20 years the vast majority of consumers will want assurances that their dairy products are coming from animals that have been treated well. This trend should particularly benefit the small family farmer who, with a small herd managed by modern technology, will be easily able to prove that he or she has followed high welfare standards.

A future for family farms and super dairies

Over the coming decades, automation and connectivity technologies will drop in price, and consumer awareness about health and animal welfare will rocket. While it is certain that the super-dairy will be able to survive and thrive in this environment, it also seems likely that these trends will aid the survival of the small family farm.