TOM WILLIAMS AND THE 1947 AGRICULTURAL ACT 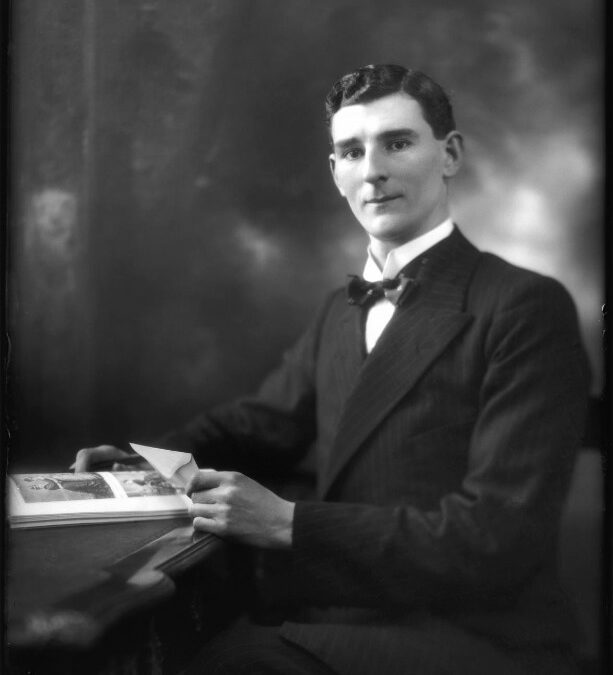 This is the first of a series of posts that Farm Zone will be writing in the coming months on pioneers in the agricultural sector. Each article will look at a significant player in British agriculture from recent history – some well known, some less so. This article looks at Tom Williams, of the UK’s post war Labour government, and the 1947 agricultural act…

He is not today a household name – of the likes of Beveridge, say, or Bevan. But, no less than they, he was one of the architects of the British post war settlement. His department was Agriculture (he was Minister from 1945 to 51) and the series of reforms for which he is remembered – principally the Agriculture Act of 1947 – was described by Attlee as ‘nothing less than a revolution in British agriculture.’

But who was Tom Williams? And why was the 1947 Agricultural Act so important?

He was born in 1888, the tenth child of a Derbyshire collier. Like Bevan, his junior by nine years, Williams had only a primary schooling before following his father into the mines. In this and in other respects, both boys were to typify a political generation to come – one whose early brilliance was nurtured not by school and the universities, but by the unions.

Tom’s early political affiliations were with the fledgling parties of the socialist left – the Independent Labour Party and the British Socialists. Opportunity, though, came his way courtesy of the Labour Party proper. Having been prominent in the Yorkshire Miners’ Association, Williams successfully stood, with their sponsorship, as Labour candidate for the constituency of Don Valley at the 1922 General Election – a seat he held until his retirement from the Commons in 1959.

Williams had known farmers all his life. In the years before Westminster he had sat alongside them on the Doncaster Board of Guardians, and he had helped set up local branches of the National Union of Agricultural Workers. He was a natural appointment to the post of Parliamentary Private Secretary to Minister of Agriculture Noel Buxton in the brief Labour government of 1924. The Agricultural Wages Act passed that year – setting a minimum wage of 30 shillings a week for farmworkers – was perhaps a taste of things to come.

Those things were not to arrive on a grand scale until the war – which changed everything. When Churchill formed the coalition government of 1940-45, he put Williams together with Robert Hudson at the Department of Agriculture. Hudson was the Eton-educated Conservative Minister, Williams his Parliamentary Secretary and deputy.

The national emergency forced an abandonment of ideological differences. Arable land – much of which had fallen fallow in the 30s – had to be re-cultivated and expanded. Food had to be grown fast to defeat the blockading submarines. Minimum prices for produce were unconditionally guaranteed to farmers; the rural labourer’s minimum wage was increased; farmland flourished and production soared.

Then, at the end of the war, came the Labour landslide. Put by Attlee in overall charge – to give him his full title, Minister of Agriculture, Fisheries and Food, a post he held for the duration of the government – Williams had his chance to develop, extend and consolidate the extraordinary policy innovations of recent times.

He did it by means of the Agricultural Act of 1947 – a translation of the economic management measures that had been so successful in wartime into a permanent national farming system. In Williams’ own words, the aim was to

promote a stable and efficient industry capable of producing … the nation’s food … at minimum prices consistent with proper remuneration and living conditions for farmers and workers in agriculture and an adequate return on the capital invested in the industry.

The market was therefore to remain guaranteed. Minimum prices for all significant cereal and animal products would be established annually by the Ministry, in consultation with the National Farmers’ Union. Active marketing campaigns would play an important role in driving demand, but, if market prices fell too low, deficiency payments would make up any difference. Farmers now had the means not only to live securely but to invest in the future.

And investment was encouraged – indeed expected as part of the deal. A new National Agricultural Advisory Service would guide farmers on questions of new machinery (now being manufactured in volume) and the latest techniques in land and livestock management. A strong element of carrot and stick ran through the text of the Act: grants were available for improvements, and expenses might be claimed; by the same token, bad estate management incurred fines and supervision orders.

The Act decisively achieved its aims: by 1951 agricultural output exceeded pre-war levels by 150%. If anyone did less well out of the reforms than farmers it was the rural landowners whose agricultural rents did not rise in proportion with the new prosperity. And the needs of countryside labourers were more directly addressed by a separate Agricultural Wages Act (1947) and the establishment of an annual wages review board.

Williams’ legislation reflects the broader framework of postwar consensus policymaking, reconciling key elements of economic regulation with the independent dynamics of private enterprise. Nevertheless, there were those, even within the government, who harboured reservations. Junior minister Stanley Evans, in particular, publicly suggested in 1950 that British farmers were being ‘feather-bedded’ at the taxpayers’ expense. His remarks were roundly chastised by the NFU even as Attlee requested his resignation.

After leaving office, Williams continued to defend the principles of the 1947 Act and to argue against their compromise – from the benches of the Opposition until 1959, and from 1961 in the upper house as Baron Williams of Barnburgh (the Yorkshire village where he had lived in his mining days). He reminded successive Conservative governments that strong production must be matched by efficient national marketing and distribution systems; he cautioned above all against a return to the ‘free-for-all’ economic policies under which, for a century after the repeal of the Corn Laws, British farming had so long languished.

Tom Williams died in 1967 – not living, therefore, to see the wholesale superseding of the British farming subsidy system by that of the European Common Agricultural Policy. That policy is now itself to be superseded by measures set out in the current post-Brexit Agriculture Bill – where new, environmental, challenges are being addressed alongside a reframing of the old economic questions.

Caught at one of history’s crossroads, Tom Williams seized the initiative and successfully rebooted the British farming system. Today’s policymakers need look no further for inspiration.