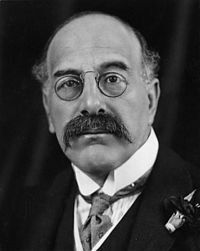 As part of our pioneer series, we cast the spotlight on an industrialist and politician whose influence on farming was later challenged by one of his distinguished descendants.

It was a much-noticed irony of the career of the late Peter Mond, 4th Baron Melchett (1948-2018), that he came from a family who had made it big in the chemical business. The environmental activist and champion of organic farming found himself, on a number of fronts, questioning and critiquing the industrial legacy of his close forebears.

In particular contrast to the fourth baron stands the figure of the first: Alfred Moritz Mond, founder of ICI and early agrochemical pioneer.

All the Monds were descendants of one extraordinary individual: Ludwig Mond, a brilliant, German-Jewish industrial chemist who in the second half of the nineteenth century settled in the north-west of England to found two internationally important businesses – one that manufactured sodium carbonate, the other that extracted and purified nickel.

Second son Alfred, born in 1868, was less academically gifted than his brother Robert (who would go on to assist their father with research and development). After failing his university degree (in natural sciences) he trained as a barrister but pursued no legal career. His twin passions, it emerged, were for business and politics.

One of the first commercial directorships that was entrusted to a young Alfred (and many would follow), was that of Brunner, Mond and Company, the family sodium carbonate business (John Brunner had been its co-founder; his son was appointed co-managing director at the same time as Alfred). It was, by the turn of the century, the main success story in the British heavy chemical industry.

The business grew through diversification and the strategic acquisition of rival operations.

In 1919 it took over a government ammonia factory near Billingham in County Durham. This was ammonia that had been manufactured for military purposes by means of the newly-developed Haber process (by which atmospheric nitrogen was converted – on a new, industrial scale – into ammonia).

Though used during the War to make explosives, it had always been envisaged that the Haber process might in the long run play some role in combating the food crisis threatened by a booming global population. Brunner, Mond and Company – via a new subsidiary, Synthetic Ammonia and Nitrates, Ltd. – took this work forward, becoming one of the world’s first manufacturers of ammonia-based fertilisers. 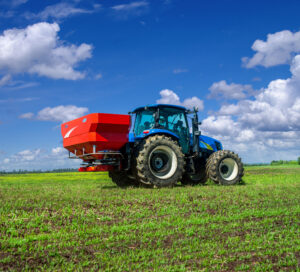 Mond himself had a personal interest in synthetic fertilisers which became a mainstay of conventional farming. He was the first Chairman and Managing Director of Imperial Chemical Industries (ICI).

Meanwhile, Alfred had been advancing for himself a parallel career in politics – to the point of serving in Lloyd George’s coalition government (from 1916 as First Commissioner of Works, then from 1921 as Minister of Health).

Mond had been a Liberal MP since 1906; but by the early 20s tensions had started to grow between him and Lloyd George as Mond became an increasingly high-profile defender of the industrial capitalist system. In 1923, in the Commons, he argued fervently against the motion introduced by the socialist Philip Snowden (Ramsay McDonald’s future Chancellor) to put the ownership and management of all industries into government hands.

Then, in 1925, Lloyd George proposed the effective nationalisation of the country’s agricultural land. The proposal, as set forth in the so-called Green Book policy document, outlined a scenario whereby ‘the State shall be deemed to have resumed possession of all land in the United Kingdom … used for or capable of use for food production’. In practice, all farmers would become tenants of a special County Agricultural Authority which would reward the productive with secure tenure while punishing the inefficient with removal.

Some said the scheme was an attempt to boost for the party its dwindling share of the rural vote. Lloyd George himself claimed it a credible strategy for reforming British farming out of an extreme state of depressed dereliction (just how derelict would be decisively demonstrated a few years later in George Stapledon’s influential book The Land).

In any case, it was too much for Mond. In 1926 he crossed the floor to sit on the Conservative benches.

The same year saw his culminating achievement in business. He and Harry McGowan, Chairman of Nobel Industries, orchestrated out of a grand merger (of Brunner, Mond, Nobel Industries, the United Alkali Company and the British Dyestuffs Corporation) the formation of Imperial Chemical Industries: ICI. Mond was its first Chairman and Managing Director.

It was from the start Britain’s mightiest industrial company; and quickly proved it could more than hold its own against the world’s other two chemical giants, America’s DuPont and Germany’s IG Farben. ICI developed and manufactured everything from heavy chemicals to explosives, from paints to plastics (and later, outstandingly, pharmaceuticals).

Mond himself had retained a personal interest in synthetic fertilisers – in fact had been experimenting with them on his own farm at Melchett Court in Hampshire. In these domestic trials he had been advised and assisted by his friend Frederick Keeble, Sherardian Professer of Botany at Oxford.

So inspiring did Mond find the pair’s work together that he persuaded Keeble to give up academia and become ICI’s first agricultural advisor.

A new Agricultural Research Station was built at Jealott’s Hill in Berkshire. There Keeble was tasked with looking into ways in which nitrogen fertilisation might enhance the country’s crop production levels. The station’s work was a success (it continues there today under the aegis of Syngenta) and Keeble himself became nothing short of evangelical about ‘the new world … of nitrogen plenty’.

Alfred Mond was, in his day, the country’s leading industrial statesman, more sure than any of his contemporaries that the future belonged to the large-scale private enterprise. He understood too, though, that such businesses depended entirely on the willing participation of their workers.

To that end, in the few years before his death in 1930, he led a group of other major employers in an important series of industrial relations discussions with the TUC – the so-called Mond-Turner Talks (Ben Turner being the then chair of the TUC General Council).

This exercise in conversation and conciliation was perhaps a glimpse into the future. Certainly, a belief in the constructive, solving power of dialogue was one of the qualities for which Alfred’s great-grandson Peter, otherwise so obviously his ancestor’s antitype, was most respected.