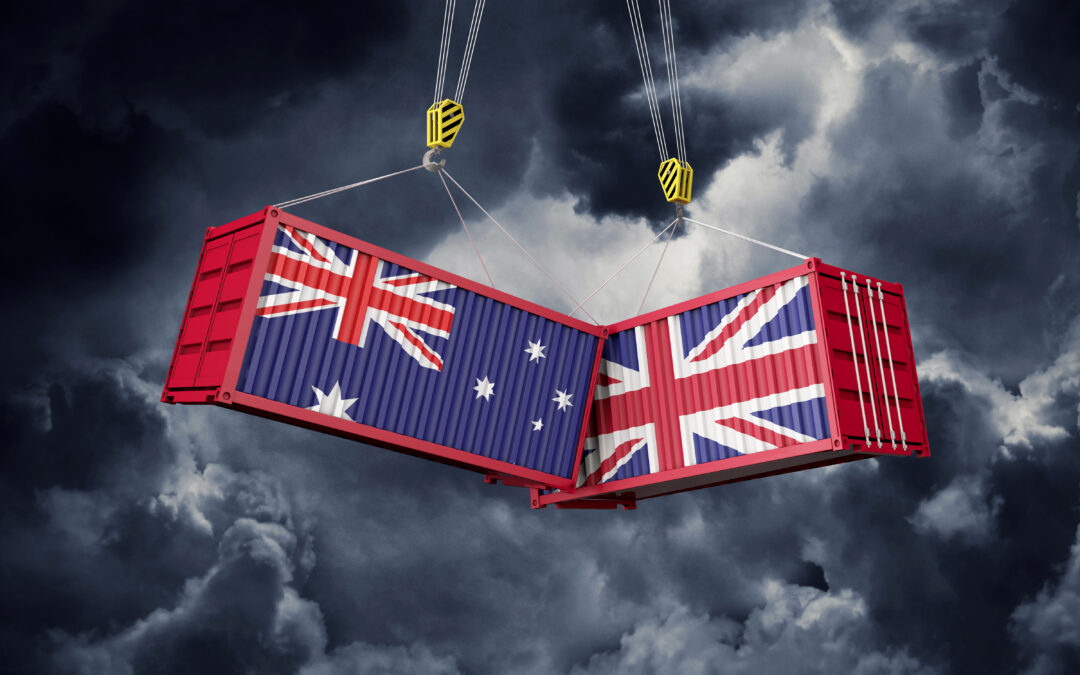 With the Australian trade deal and the new agricultural act heralding a new post-Brexit world, we take a look at what UK farmers can expect in the coming years.

Compared with the down-to-the-wire drama of last year’s negotiations with the EU, the UK’s talks with Australia were orderly and cordial.

The British-Australian Free Trade Agreement ‘in principle’ was published on 17 June. This substantial document outlines the new, liberalised terms on which the UK and Australia now propose to trade and otherwise operate within each other’s economies.

A final text will follow the scrutiny of a parliamentary cross-party Trade and Business Commission, and the finished deal, requiring no vote of approval from MPs, is expected to come into effect next year.

What will it mean for the farmer? Beyond the talk of ‘cheap imports’ and ‘safeguards’, what’s the likely reality? What future challenges are suggested by the deal – and what, if any, are the new opportunities?

Seen in perspective, the potential for disruption by new levels of trade with a country almost 10,000 miles away is bound to be limited. For example, those ‘cheap imports’ are unlikely to include much dairy. It’s the beef, lamb and sugar producers who constitute the heart of the question – and whose ‘sensitivities’, in the words of the published text, are explicitly taken into account.

Such are the volumes of red meat that Australian producers are capable of exporting that the removal of tariffs on it will be gradual, phased over ten years. During that period, Australian exporters will have access to an annually rising duty-free UK import quota, after which, for a further five years, a 20% tariff will apply to imports over continuing (still rising) thresholds. 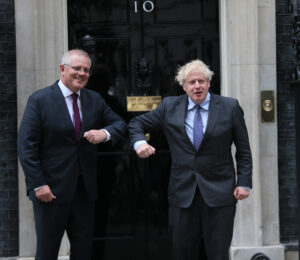 UK tariffs on Australian sugar – from sugar cane, 85% of which is grown there for export – will be phased out over eight years.

So, to take the example of beef, Australian producers will begin with access to a duty-free quota of 35,000 tonnes. That will have doubled in about five years before hitting 110,000 tonnes in year ten. The sheepmeat quota starts at 25,000 tonnes and rises to 75,000.

Almost all agree that such terms are generous to Australia – particularly given the lack of reciprocal opportunity for British livestock farmers (for whom there have been no equivalent Australian import tariffs to remove). And there are naturally fears over how far this generosity might be exploited – in the vacuum, for example, created by deteriorating relations between Australian food exporters and up-till-now solid trade partner China.

It’s why the environmental and animal welfare standards issue is so important to British farmers – because, apart from anything else, those standards, if fairly applied, would protect the value of their agricultural produce from being undercut by low-price imports (the kind of low-price imports that can only derive from such industrial means of production – pesticides, antibiotics, feed additives, large-scale feedlots – as are illegal or impractible in the UK).

By way of reassurance, the British government has stated that the deal will contain the ‘strongest possible provisions for animal welfare’ – but has so far been explicit only about a block on importing hormone-treated beef.

The government’s other line of reassurance is that the deal does in fact represent future opportunities for the British livestock farmer – not necessarily in Australia, but in Asia. This is on the understanding that the Australian trade deal will work as a bridge towards further alliances among (and beyond) the Asia-Pacific countries of whose official free trade bloc, the CPTPP, the UK has this year applied for membership.

The International Trade Secretary pointed out to the BBC last month that by 2030 two thirds of the world’s middle classes will be in Asia, that the demand there for high-quality British products (including meat) is growing, and that there is a case for being ‘positive about what we’ve got to sell rather than being defensive’.

But one problem, certainly for the farmer, with the notion of this deal as a first stepping stone is the obvious prospect of subsequent deals, cast in its likeness, reduplicating and scaling up its pressures: New Zealand and the USA, for example, are both major agri-food exporters.

Within the free trade philosophy, of course, such pressures are there to be capitalised upon: to be taken as the stimulus for new innovations, fresh ideas and forward-moving diversification.

The long journey from aspirational thinking towards achieved reality, however, is likely to require the structure and support of subsidised strategies of investment: in market research, network building and other export development initiatives. Concrete reassurances on this front have been requested from the government by, among others, the NFU.

As the effects on the farmer of tariff-elimination kick in over the next years, they will do so in tandem with the much more direct consequences of another high-profile phasing-out: that of payments made under the Basic Payment Scheme.

It means that as early as 2028, when the last of those direct subsidies will have been handed over, British farmers will already be in a very different place from where they are today – a world in which, following new financial incentives, more of them will be more directly engaged than ever with maintaining the health of the natural environment.

It was with an eye on this development that last autumn, just before the new Agriculture Bill passed into law, former NFU economist Sean Rickard suggested to MPs that the government was ‘preparing to shrink the agricultural industry and focus on land management, rather than food production’.

If that is the government’s intention they haven’t said so. But if it isn’t, and if the Australia trade deal genuinely aims to be something more than just a way of priming the country for higher level of food imports, then those much-sought reassurances – on both import controls and export strategies – will be crucial for farming’s confidence in its own future.