A BRIEF OVERVIEW OF FARM DOGS 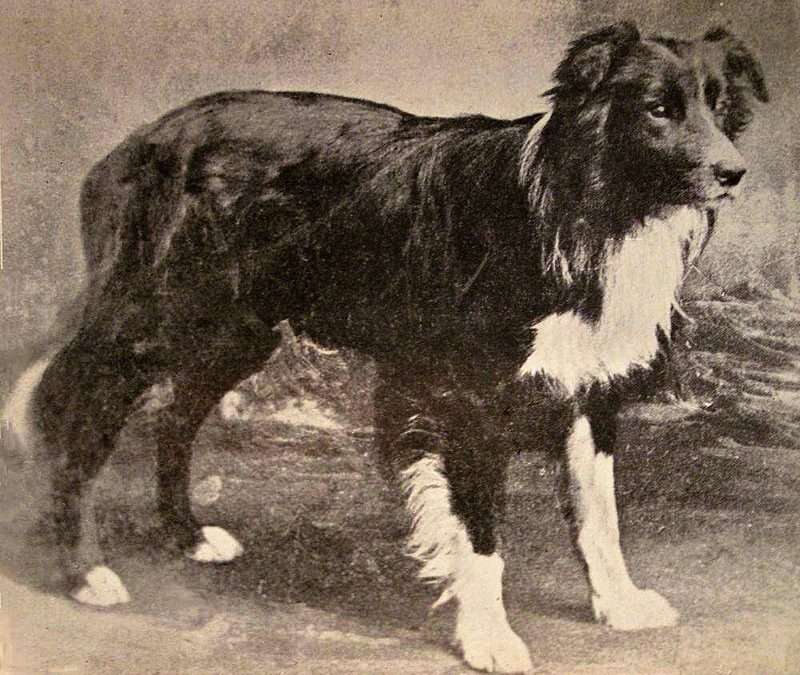 In the modern era, when we think of farm dogs, we tend to think of medium to large dogs that specialise in herding livestock, particularly sheep. But in the past, dogs of all breeds and shapes and sizes were to be found on farms. In fact, almost all dog breeds were originally domesticated specifically to play a practical role in the food system. Here, we take a look at three sheepdog breeds.

The Huntaway is a dog that is arguably becoming more popular on UK farms due to its particular style of work. Originally bred in New Zealand, as reflected in its full name – the New Zealand Huntaway – this breed was created in the 19th Century by mixing the border collie with a range of breeds such as the Doberman and various hounds. The first written evidence for the Huntaway is from an 1870 sheepdog trial in Upper Waitaki on New Zealand’s South Island.

The aim was to create a herding dog with a deep bark that it would use while herding. They were never specifically bred for looks, and so their appearance can vary quite widely. It is their ability to use their bark for herding, rather than relying on sight alone, that sets the huntaway apart. This is particularly useful for hilly areas where it is easy for the farmer to lose sight of the dog. And it is this that is driving their uptake in the UK, especially in Wales and Scotland. Huntaways are highly intelligent and obedient, and prefer to work in a pack. Though if not exercised properly they will become destructive. They are particularly well known for their skills at problem-solving and, for this reason, tend to excel at sheep dog trials.

The huntaway does struggle with some of the complex and elaborate shepherding tasks that other breeds specialise in, but where they come into their own is at using their bark to move very large herds of sheep without needing many commands from a human herder. 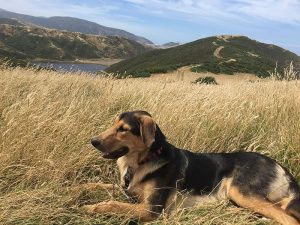 The border collie is a UK-native breed, developed in Northumberland on the Scottish borders – hence the name. The breed has a reputation as the best sheep herder, and the most intelligent dog, in the world. And, although the name border collie was not adopted until 1915, the breed had been working with shepherds since at least the 1800s.

All modern border collies originate from a specific, highly capable, dog called Old Hemp, who lived between 1893 and 1901. Old Hemp did not look like a modern border collie, but he had a unique herding style because he used his body positions (instead of relying on barking) to herd sheep. His skill became famous and he may have had up to 200 puppies, and today he is known is as the “foundation sire” of the breed. Partly as a result of this, the breed has a very standardised appearance and is extremely intelligent, with a particularly strong ability to learn words. As well as herding, border collies are also often used as watchdogs, and as search & rescue dogs. Their standout feature is their “herding eye” – their intense gaze – that allows them to completely control and dominate their flock. 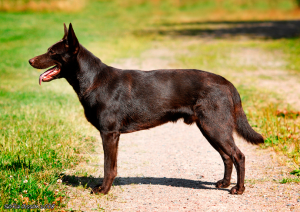 The kelpie was bred for Australian farmers in the mid-19th Century. The name kelpie comes from Scottish folklore, and refers to a mythical water horse. It resulted from crossing English collies with native dingoes – which were generally viewed at the time as sheep predators. The kelpie is highly resilient and can run for long periods without needing to drink. Amongst the most versatile of working dogs, the kelpie has a strong ability to think for itself and can be trained to herd cattle, goats and even reindeer. They are also often used as guide dogs.

The kelpie’s strong point is ‘backing sheep’ which means literally running across the back of the animals in a direction indicated by the shepherd, allowing the dog to easily traverse from one side of a tightly packed sheep pen to the other.