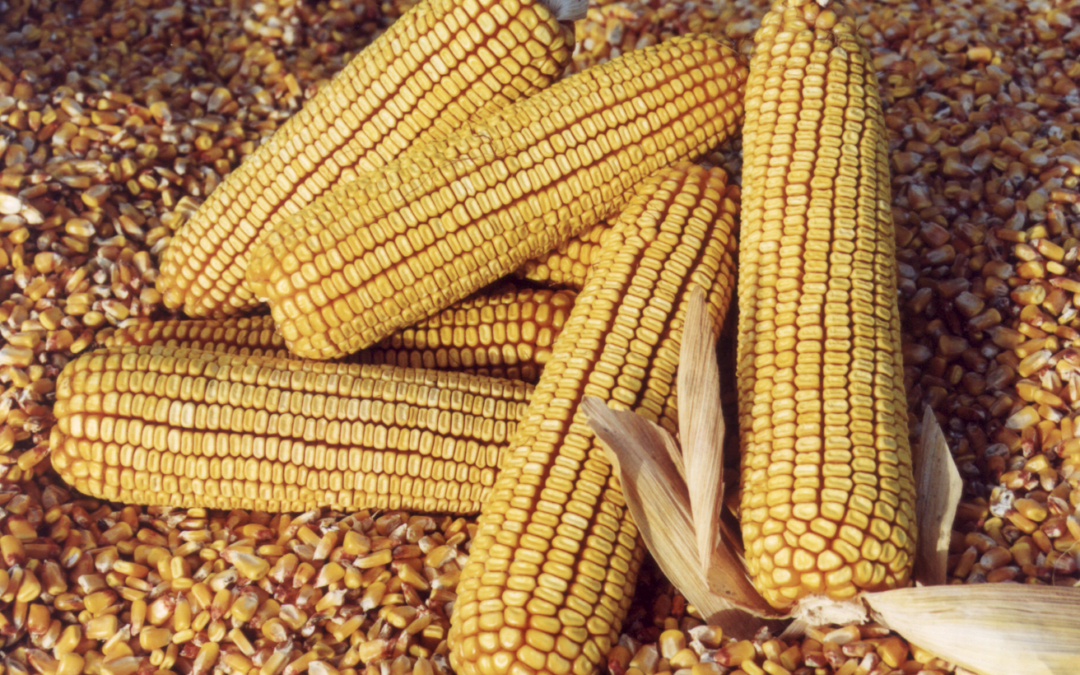 It’s easy to forget what a remarkable plant maize is: a crop physically unlike any other whose history is as rich as it is surprising. This is a staple so important that it was once worshipped as a god – and yet it wouldn’t exist without human cultivation. There are hundreds of reasons why maize is the most fascinating of plants. Here are just a handful.

Maize historian Arturo Warman has described an ear of corn as ‘a true marvel of order and symmetry, whose architecture is both utilitarian and beautiful’. Beautiful for its unique concentration of colourful kernels in neatly aligned rows; utilitarian in the novel protection of the husk and the low position of the ear on the stalk, which both maximises its nutrient intake and protects it from buffeting winds.

But the maize plant’s stellar virtue is its superior ability to convert sunlight into energy. As botanical scientist E A Kellog has explained, maize is one of only about 3% of flowering plants to use a special kind of photosynthesis – the so-called C4 pathway:

This boosted capacity for fixing carbon is the explanation behind maize’s exceptional levels of biomass yield.

Mahiz is an indigenous Caribbean word meaning ‘bringer of life’ or ‘life-giving seed’.

In the religion of the ancient mesoamerican Mayas, the gods created human beings from maize dough after trying and failing with clay and wood.

Prominent in the Mayan pantheon was Hun Hunahpu, the maize god. Hun Hunahpu lived and died with the seasons, being decapitated at harvest time and resurrected with the arrival of spring. Hun Hunahpu was as central to the mythology of the Mayans as maize itself was to their diet.

Surviving images of the god show him either with a headdress in the shape of a giant corn cob (as in the British Museum’s 8th-century stone statue) – or (as in another ancient example excavated this year in southern Mexico) with the head itself elongated to look like the crop. Such elongated heads were not, in fact, confined to mythology: Mayan nobles would bind the crania of their infant sons so that they would grow to resemble the sacred form.

Chicha de jora is the name of an alcoholic drink from Peru, traditionally made by fermenting the wort extracted from malted jora maize. It has a foamy, creamy appearance, a tangy, somewhat tart, flavour and a low (1-3%) alcohol content.

In ancient Peruvian culture chicha was a status beverage, the preferred drink of Inca royalty and an integral part of religious ceremonies and festivals. Even today it’s customary, before taking a glass, to tip a little of the liquid onto the floor as an offering to Andean earth deity Pachamama.

Supressed by the colonial authorities in the sixteenth century, chicha’s popularity went into long-term decline thereafter. And if there is talk these days of a renaissance in some of the hipper brasseries of downtown Cusco, most chicha is still produced and sold on street corners or in unlicensed back rooms known as chicherias.

You can, of course, make your own.

Widespread before the age of agricultural mechanisation, the practice of companion cropping – or intercropping – is once again finding advocates thanks to its beneficial effects on soil fertility and resource-use efficiency. One of the earliest known intercropping systems was centred on maize.

The so-called ‘three sisters’ combination of maize, beans and squash – all grown together in the same place – may have originated in Mesoamerica about 5,000 years ago but it takes its name from the Iroquois and Cherokee people of the northern continent who had been practising it for several centuries before the arrival of the Europeans.

Archaeologist and scientist K Kris Hirst has described the three sisters system as ‘a stroke of environmental genius’:

Maize maximizes photosynthesis and grows straight and tall. Beans use the stalk for structural support and to gain greater access to sunlight; at the same time, they bring atmospheric nitrogen into the system, making the nitrogen available to the maize. Squash performs best in shady, humid places, and that is the type of microclimate provided by the corn and the beans together. Further, squash decreases the amount of erosion that plagues monocultural cropping of corn.

Needless to say, the colonising Europeans were quick to return word of the system (along with maize itself) to the Old World and reproduce its success at home.

Though the volume of maize grown in England did not become significant until after the 1970s, as an agricultural crop it had been championed, trialled and promoted for over a century before.

In 1828, inspired by what he had seen during a two-year sojourn on Long Island, legendary agriculturalist William Cobbett published A Treatise on Cobbett’s Corn ‘to show what a blessing this plant will be to the English labourer’. Cobbett was considerably influenced by his desire to see the work of the farmhand diversified and prolonged into October.

According to a contributor to the Journal of the Royal Agricultural Society of England for 1882,

One of [Cobbett’s] sons spent many years in endeavouring to acclimatise a variety of this plant that the ripening of its corn might be a fait accompli in the generality of English autumns. Experience proved his anticipations to be too sanguine, but the plant is likely to become worthy of extensive adoption for a far different purpose – to provide heavy crops of green forage for cattle and sheep.

And, as agricultural historian Paul Brassley has pointed out, it was to this end that in 1901 trials were carried out at the South-Eastern Agricultural College; and the following year the Board of Agriculture and Fisheries published its first Cultivation of Maize for Fodder leaflet.

Further trials followed in the 20s and 40s.