THE CHALLENGE FOR GRASS 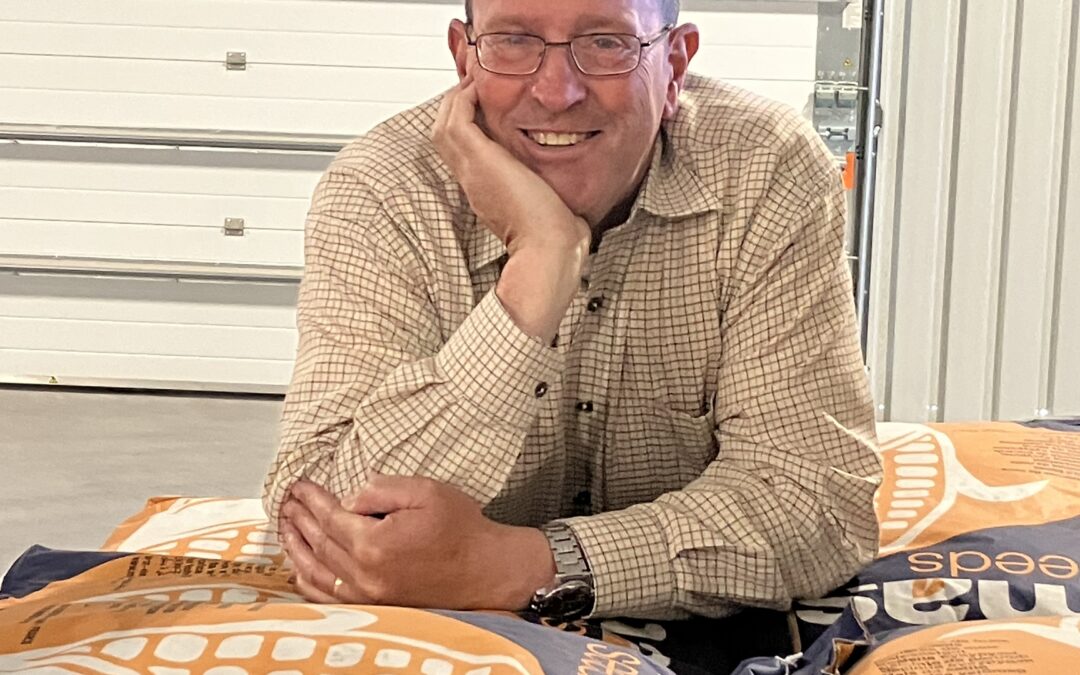 Forage and grazing can determine the difference between profit and loss on livestock farms where margins are under constant pressure. With no inputs exempt from our inflationary times, Mike Sims – recently appointed to Bright Maize as grass specialist – tells us about the role of grassland management in achieving viable returns.

Selection: Leys that are Fit for Purpose

It is not unusual – perhaps a little less so now than in the past – for farmers to select a ley for a specific purpose, only to find further down the line that it is substituting for additional roles – sometimes completely outside the remit for which it was originally intended. A typical example might be sowing a two-year conservation ley and discovering that silage is being taken over a longer period than was originally required.

If it were known at the outset that a longer-term ley was required, the initial grass mixture would have been formulated differently; in this instance with a higher proportion of high yielding grasses that are more persistent. The point is that preciseness is required at every stage – from species selection through to utilisation.

Make Sure to Measure

Farmers are generally proficient at measuring performance indicators, which typically include yield per cow, daily live-weight gain (DLWG) and silage in the clamp. Surprisingly, relatively few measure available grass for grazing. This is particularly odd given that grass has the lowest input cost within a grassland system, yet can have the greatest bearing on output. Livestock farmers – and milk producers particularly – should consider using a plate-meter-reader (PMR): this will furnish vital information such as the height of the grass, from which the quantity of dry matter within a pasture can be determined. Regular monitoring of the situation will also determine how quickly a pasture is able to recover and fall back into the grazing rota. And by assimilating the PMR-figures with analysis of the grass and any other silages fed, milk from forage can be accurately calculated.

Those who manage grassland by measuring weekly grass output – moving animals from field to field accordingly – can, for example, operate a simple paddock system based on number of cows, feed requirement and size of field. As grazed grass is the cheapest form of forage to which a grassland manager has access, fully utilising its potential will improve the bottom-line. The rewards of operating a grassland policy in this way has allowed one Devon farmer to achieved 70% of milk from forage: of the 6,500 litres of milk produced from his spring-calving herd, 4500 litres come directly from forage. But the benefits are there for the more intensive systems too: whether low input or high, maximising milk from forage makes for a healthier bank balance.

But before everything else, the success of any grassland enterprise is dependent on purchasing the mixture from a reliable and proven source. Seed that has been subject to proper quality-control from a bona fide supplier is the golden rule. After all, establishment costs are the same for a good mix as for a poor one – and be sure that your provider has competent specialists able to provide technical backup if required.

The Challenge for Grass

Considering it takes 15-20 years to breed a grass variety, a crystal ball would be very handy. But in its absence, the direction of travel is clear: apart from producing varieties with ever improving yields and digestibility; breeders are having to factor drought tolerance, disease, and pest resistance into the equation as our climate changes.

Nitrogen fixation and biodiversity is now a major consideration for grass swards, and accordingly clover inclusion, typically red and white clover, has increased significantly over the last five years. This is also pertinent to reducing synthetic fertiliser costs, which have spiralled this year. Such mixtures can also contain ‘lifters’; i.e.; species that have deep or extensive roots that lift trace elements and are more drought tolerant. It is easy to see, therefore, why farmers are planting a greater number of biodiverse mixtures (and in the process attracting a more diverse population of insects).

More farmers are overcoming the downside of clover – i.e., that it restricts the range of herbicides that can be used – by first planting a non-clover mixture, allowing the weeds to develop, and then spraying them off before stitching clover into the established ley.

Grass will have an important role to play in the PR battle that undoubtedly lies ahead for our livestock farmers. With consumers receiving a constant stream of information saying farming is having an adverse effect on our environment, future grass varieties will be part of the fightback. For example, deeper rooted pastures with strong drought resistance will be part of the armoury in combating climate change. Grass is a staple of UK agriculture – a situation unlikely to change given recent food supply chain problems, not least those arising from the Ukrainian invasion.

In meeting the demands ahead, the track record of this country’s farmers is second-to-none – evidenced by our food being recognised as among the best in the world, produced to the highest environmental and welfare standards. British farmers will rise to the challenges of new legislation; and at the same time will provide the consumer with food that is envied throughout the world.

Grass breeders and grassland managers are pivotal to the challenge. It is feasible that agricultural students of half a century hence will talk about the farming revolution of the 2020s and 2030s: grassland’s renaissance and a time when forage came into its own like never before.