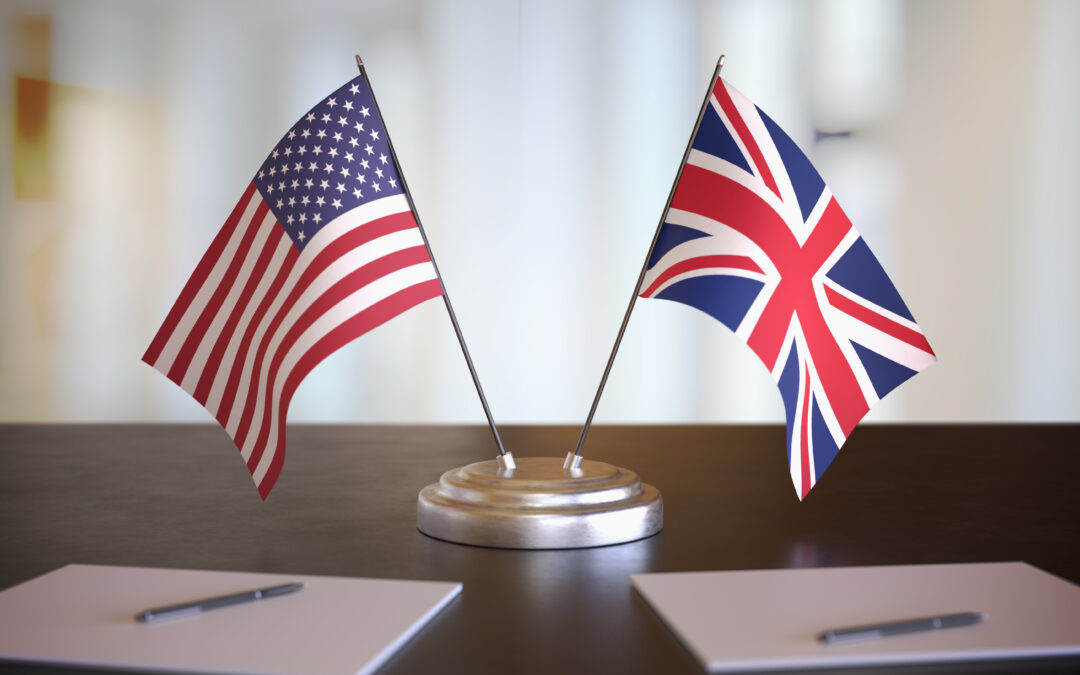 The UK has spent much of 2020 working on its future trading relationships with the rest of the world. It’s been a year of talks – most urgently with the EU, whose single market and customs union we are bound to leave at the end of the year – and of ongoing uncertainty.

And now a new question: how will the election of Democrat Joe Biden to the White House influence events as they unfold? What difference, if any, will this anti-Brexit American president-in-waiting make to the closing stages of the Brexit story? And what of the once much anticipated UK-US free trade deal? Where in the equation, if anywhere, does that now sit?

So far, Biden hasn’t spoken in detail about the UK’s changing relationship with Europe. But he has been explicit about the problem of Northern Ireland, tweeting as far back as September that ‘any trade deal between the US and UK must be contingent upon respect for the [Good Friday] Agreement and preventing the return of a hard border.’

From the incoming president’s point of view, this is an issue of overriding importance. To reporters in late November he restated his feelings: ‘the idea of having a border north and south again being closed is just not right’.

So the very trade agreement that Trump once declared had ‘the potential to be far bigger and more lucrative than any deal that could be made with the EU’ is now off the table – if a hard Brexit and breach of the Northern Ireland protocol are not avoided.

As it happens, hopes of avoiding that hard Brexit remain alive – long after Boris Johnson all but declared talks ‘finished’ in October, and despite the passing of a supposed mid-November deadline. This very persistence might suggest that a UK-EU trade deal, though still anything but certain, could now be more likely to fall into place than seemed possible earlier in the year; and it could also be that Biden’s input now clinches things.

Agricultural issues – so often the stumbling block in trade deals – are not in this case being reported as the difficulty (access to UK fishing waters, observance of EU rules on state aid as it affects competition, and the authority of the European Court of Justice are the sticking points, any one of which could yet present an unbreachable impasse).

What this likely means is that, if the deal comes good, UK farmers can expect to carry on trading with the European Union as normal – at the cost, it’s to be assumed, of continuing to accept all current EU agricultural rules and regulations (or mirroring them with UK equivalents).

That would come as an immense relief to many in the agri-food business, to whom ‘tariff free access to the EU market’ remains necessary ‘if acute and long-lasting damage to our industries is to be avoided’ (to quote a recent open letter from the Welsh food and drink industry to the Prime Minister).

Of course it’s worth remembering that the deal is only a trade deal. With or without it, UK farmers face a changed future.

Most importantly, that future lies outside the EU’s Common Agricultural Policy; and 2021 inaugurates a seven year transition period during which the familiar system of subsidy through direct payments will be phased out and an alternative support mechanism, based on rewarding farmers for the delivery of environmental ‘public goods’, established in its place.

This ‘revolution’ (as one economist has called it) aims to offer a more equitable programme of assistance than the old acreage-indexed basic payments; though even small farmers have raised concerns about a potential funding ‘void’ as things switch over, as well as imbalances in the way the devolved administrations within the UK might manage the transition.

Overseas labour is another issue that – regardless of any trade deal – farmers now have to confront; and here it’s virtually inevitable that new visa requirements will make it more difficult to employ seasonal farm workers anything like as cheaply as before.

Whatever happens, it looks as though it may be some time before the farmers of ‘Global Britain’ feel they have the world at their feet.

One of the more far-reaching implications of a European trade deal is that the UK would presumably be unable simply to open up to non-EU agri-products from countries such as the USA.

And this could have serious implications for that UK-US trade agreement. The American agri-food lobby certainly has the power to torpedo such a deal if it sees its goods excluded from it; and whether or not the new president could (or would wish to) face them down can’t at this stage be guessed at.

That said, it may be speculated that, if the UK-EU deal goes through, the USA might find cause to pursue its own deal with the UK – not just for its own sake, but as a way of opening the door to a future US-EU trade agreement.

But Biden is not at the moment saying much about the future of American trade – and understandably so. The economic isolationism engineered by his predecessor will take a long time to unwind; indeed, after such a close and rancourously contested election, there’s no knowing how long.

The president-elect is a stabiliser, rather than a disruptor. He’s a consensus politician with mediation skills to match. These qualities may even translate into a measure of influence over the last days of Brexit.

But if that influence turns out to be limited it will be because the man for the moment has bigger fish to fry. The immediate task of healing unusual divisions at home will leave little time for more remote affairs until well after his January inauguration; by which time the UK will have begun a new chapter of its own.