MAKING THE MOST OF GRASS 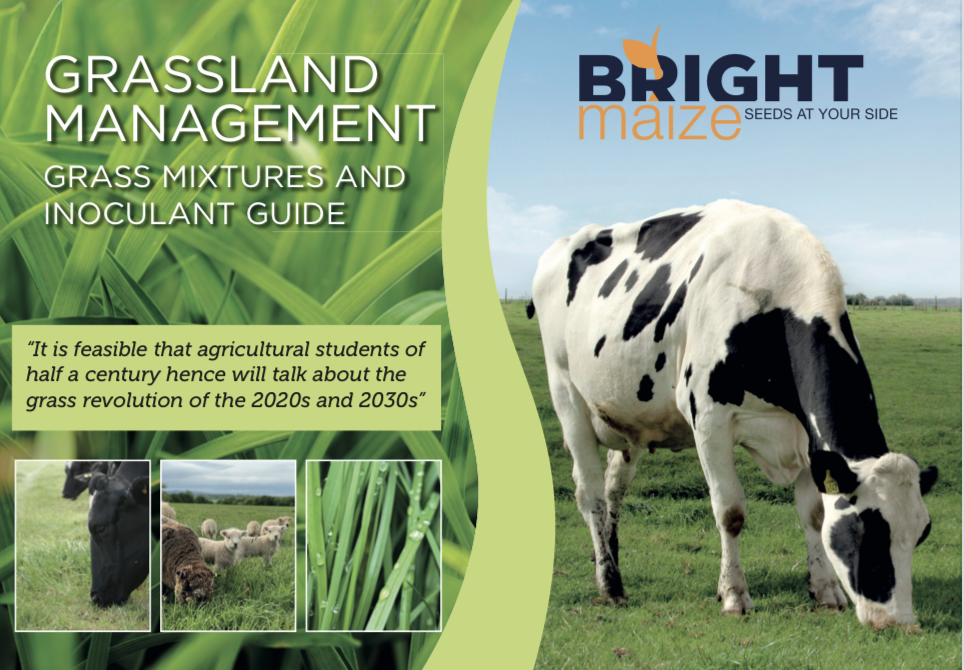 Why make the most of grass…?

First and foremost, it’s a lucrative resource. As Charlie Dolphin writes in the introduction to our new grass seed brochure, grass is ‘the livestock farmer’s most sustainable, cost-effective feed’.

There are other reasons too – it’s very good for the soil and crucial for biodiversity – but, in these times of spiralling costs, the economic argument alone for cultivating nutritious, healthy grass is compelling enough.

Getting the very best out of different grass varieties and types of grassland can involve some complex considerations. Indeed, ever since the pioneering work of George Stapledon, whose career we reviewed a while ago, the science of the pasture sits on a par with that of any other arable crop.

But there are a few key points that it’s worth bearing in mind when thinking about how to make the most of this key asset.

The nutritional benefits of perennial ryegrass, rich in protein and digestible energy, are well-known. They lead directly to enhanced meat and milk production, at the same time as allowing for savings on bought-in feed. But the difference in quality between an old and a young ley is considerable.

Weed grasses grow rapidly and inevitably year on year, quickly compromising long-term dry matter yield. After eight years, when a sward is considered old, weed species can account for over half the grass; and the level of available dry matter plummets correspondingly (see our brochure for some figures).

The upshot? Most of us should probably re-seed more than we do. And done right, re-seeding is more than able to pay for itself within one to two years. But doing it right involves careful thought, planning and execution.

The more you learn about different grass mixes, the more you realise what your options are. Grass seeding is definitely not a one-size-fits-all operation.

It pays to reflect on your situation and your requirements. Are you thinking of a short, medium or long-term ley? Short-term mixes are likely to include quick-yielding Italian rye-grasses, for example; while long-term mixes may have a strong diploid element to provide good weed-inhibiting ground cover.

What are your cutting vs grazing thoughts? Tetraploids can give good cutting yields and ferment well in the clamp. Dry-matter-heavy diploids, on the other hand, behave relatively well under grazing.

And what is your soil like? Whether it is light or heavy will dictate, among other things, a preference for grasses with deep rooting systems or those that tiller out above ground.

It pays to have a plan. As grass specialist Mike Sims writes elsewhere in these pages, it’s all too easy for a ley to drift off purpose and end up playing a role for which its seed mix was not originally formulated. ‘Preciseness is required at every stage.’

It’s a timely question because it reduces the need for fertilizer.

Clover, as a legume, brings to grassland bacteria that convert atmospheric nitrogen into nitrogen in the soil. It’s a natural fertilizer, therefore, that reduces the need for chemical nitrogen at the same time as contributing to superior plant growth and more vigorous (and palatable) swards.

In Ireland, where there has been a major drive to promote the use of clover, one study found that using white clover on dairy farms resulted in an increase of milk solids production of 28-40kg / cow / year.

Clovers can figure in original seed mixes or be oversown to rejuvenate an existing ley. In either case special care needs to be taken over seed establishment and weed control – but the dividends are definitely worth considering.

Re-seeding is almost certainly going to be worth the effort and expense if your ley is underperforming – certainly if over half of it is weeds. (If it hasn’t got to that point, you could still consider overseeding an existing ley to give it a boost in productivity.)

Take this opportunity to check the fertility and condition of your soil. Test the pH level and adjust it if necessary to get to a 6-6.5 target (this is where nutrients thrive most happily); and break up any structural problems such as surface capping or compaction. Get rid of as many weeds as you can now so as to give the new grass the best possible start.

Whether you re-seed by ploughing, minimum till or direct drilling will in part be dictated by your soil type; but the aim is always to achieve a bed that is finely worked, level, moist and warm (above 5°C). Seeds should be sown at the appropriate rate (see our notes for each mix) so as to deliver dense growth and seed-to-soil contact needs to be good. Roll before and after drilling.

New grass is vulnerable. Keep a close eye on it in the early stages for signs of weeds and pests. If clover is part of your plan you may find it helps to hold that element back from the original sowing, sort out any emerging weed problems, then add the clover in later.

Grass in the future

Precision farming can conjure up images of drones, agribots, digitally controlled cows and farmers who spend more time in front of screens than they do in the field. But it’s really just about measuring; and using accurate data to save on inputs, deploy resources efficiently and maximise outputs.

Keeping abreast of the state of your grassland can help you keep it as productive as possible.