Phil Garnsworthy, Professor of Dairy Science at the University of Nottingham, separates the facts from the fiction when it comes to dairy farming 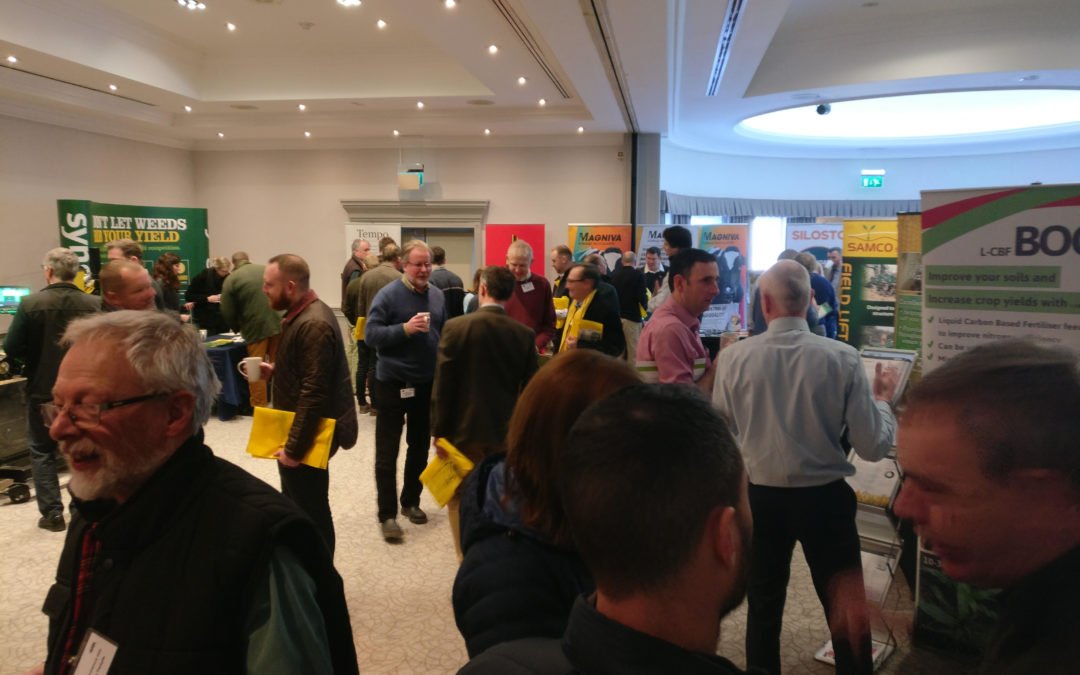 One of the keynote speakers at the recent annual Maize Grower’s Association conference, which this year was sponsored by Bright Maize, was Phil Garnsworthy – Professor of Dairy Science at the University of Nottingham. Prof. Garnsworthy offered deep insights into the challenges and opportunities facing UK dairy, so Farm Zone caught up with him after the event for a 1:1 interview.

Farm Zone: What’s your view on the future for human consumption of dairy products

Prof. Garnsworthy: Well of course, nutritionally, dairy is one of the best things known to man, so I am confident there will always be strong demand from individual consumers. And the market looks well primed for growth due to a rising global population as well as, importantly, ever-growing levels of affluence. It is well known that as populations get wealthier, they want more meat and dairy, and this is a large part of the reason why the ADHB predicts an increase in demand for milk and dairy products of 2% per year for the foreseeable future.

Dairy is also a very secure market here in the UK. Roughly 99% of UK households purchase milk or dairy products regularly and, from a Brexit perspective, the UK dairy sector is well placed because we have a huge home market for milk. The UK is almost unique in that 50% of our milk is pasteurised for liquid consumption. Because of this, most such milk is produced here at home, giving British dairy farmers the security of knowing they have a large domestic market with few nearby overseas competitors.

Farm Zone: When it comes to animal feed, how can dairy farmers be more environmentally friendly?

Prof. Garnsworthy: The overall aim should be to reduce greenhouse gas emissions, as well as nitrogen and phosphorus. And farmers need to think holistically – it is important to improve efficiency at the whole farm level, because an overly myopic focus on, for example, methane emissions, can lead to worse outcomes than doing nothing at all. The view taken should be milk yield per hectare (or per kilo at the dry matter level).

Animal feed is a really important consideration when it comes to greenhouse gas emissions. About half of the greenhouse gases associated with dairy come from the carbon footprint of the feed. And methane, for all its public profile, only accounts for about 40% of the total emissions from a dairy herd. So, one relatively easy win is to look at reducing the carbon footprint of the feed, using better grass and forages.

In terms of carbon, there is no doubt that maize silage is better than grass silage because maize leads to better feed efficiency and lower methane emissions. And when it comes to supplements, the aim should be to maximise the use of by-products that have a lower carbon footprint – such as sugar beet pulp or UK-produced rapeseed meal. 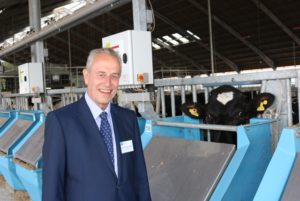 Farm Zone: During your presentation at the maize conference, when you spoke about the environment, you mentioned that sometimes it can be better to eat some meat/dairy than some non-meat substitute products. Can you tell us more about this?

Prof. Garnsworthy: From a nutritional perspective it’s always better to have a balanced diet, which includes meat and dairy. That’s because, as a food group, meat and dairy have a high digestible amino acid content, making them amongst the best ways to satisfy our protein needs. For example, beef has 2.5 times as much digestible protein as soya.

But also, from an environmental perspective, the situation is not as clear cut as many anti-dairy campaigners would argue. In fact, because the dairy industry can use by-products, a totally vegan diet can often have a higher carbon footprint than a diet containing a moderate amount of meat and dairy. That’s because, if by-products aren’t fed to animals, they go to landfill and release methane. Feeding them to animals takes that methane release down the food chain – resulting in a significant overall reduction in emissions.

While the intention of vegan campaigners is well-meaning, in fact vegan diets have many negative impacts that tend to go unrecognised. For example, many people assume almond milk is “better” for the environment than ordinary milk. But if you look at the almond farmers of California – who provide much of the raw material for the world’s almond milk – you see many environmental negatives. For example, almonds drink a huge amount of water in an area that has a serious water shortage. And the pesticides needed to protect the almonds have wreaked havoc on the local bee population, meaning that huge numbers of bees have to be imported. In my view, the long-term environmental consequences of this are deeply questionable.

Also, large scale crop growing – which would have to radically increase to sustain widespread plant-based diets – often leads to huge areas of monoculture with very little biodiversity. In this respect, livestock farming as it is done in the UK today is much more environmentally positive than, say, the cultivation of avocados in Chile.

Farm Zone: What, in your view, is the biggest threat to the dairy farming industry?

Prof. Garnsworthy: Well, I’d start by saying there is no biggest single threat, but that there are many threats. I break them into three areas: environmental, social and economic.

Farmers are often painted as environmental villains but, in fact, farmers are on the front lines of feeling the negative effects of climate change, and they know it. This year’s extreme weather is a case in point. A huge amount of UK farmland is now underwater. I’ve spoken personally to farmers who have planted less than a third of their normal amount of wheat. That means animal feed prices will be up. The reliance of farmers on the natural environment is why I believe that they will ultimately come through and deliver a fully sustainable farming system.

The social threat comes from the way in which attitudes towards animal products are changing amongst the young. Vegans have a loud voice, and they are being heard. Yet much of the criticism is unfair and as consumers realise that actually, for example, large amounts of soya are being grown on land that used to host rich and diverse rainforests, I believe we’ll settle down to a public acceptance that, ultimately, animal products are here to stay, and that they are not always the worst climate offenders amongst the food groups.

The economic threat is, of course, low milk prices. We’ve been through many years of low prices now, and if climatic instability leads to ever higher feed costs, we may find UK farmers undermined by cheap imports. The way for UK farmers to resist this is to keep pushing the quality of their products, and to keep highlighting the high welfare and environmental standards that they adhere to.

Farm Zone: Finally, can you tell us a bit about your own background and how you became a Professor of Dairy Science?

Prof. Garnsworthy: Well, as with many in dairy, it runs in the family! My father had a smallholding where he raised pigs and calves. This got me into agriculture, and I did a degree at Aberdeen. I ended up doing a PhD in dairy, and then got a lectureship at Nottingham, where I’ve been ever since.